As part of the Quarter of Theatrical Performances, the Municipality of Ayia Napa hosts the Satirical Theater and the theatrical performance "Emigredes" 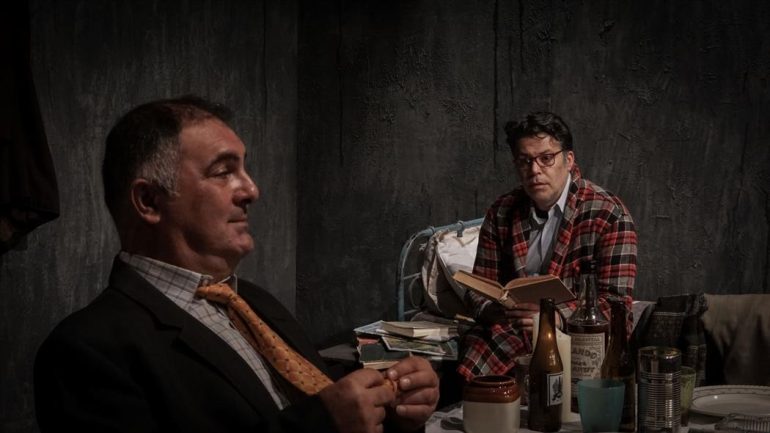 The performance will take place at the Municipal Amphitheater of Ayia Napa.

Emigrants (Immigrants in a foreign country)

It is a bitter, ironic and deeply human portrait of two immigrants in a big city. One worker, an economic immigrant, who left his homeland to be able to feed his family, the other an intellectual, a political exile and an opponent of the regime.

It's New Year's Eve. For the locals a day of celebration. For them, just another day in a foreign place. Their only way out is to share, sometimes with humor, sometimes with cruelty their memories, their dreams, their suspicions, their fears, their fragile hopes.

"Prisoners" in a miserable, claustrophobic basement, excluded from society, without friends, try to rationalize the absurdity of life. Realistically and experientially, he cares only for the fulfillment of his material needs and the necessary savings that will allow him to return to his homeland and build a house for his family. The other, in terms of philosophy and writing, "uses" his roommate as a study object for the book he wants to write and advocates liberation from any kind of spiritual or material slavery. Two completely different worldviews collide and the illusion of a "happy ending" slowly fades.

Being himself an exile and an immigrant, the Polish playwright, writer and cartoonist Slavomir Mrozek unfolds, through his always up-to-date work, the fears, anxieties and impasses of a huge group of people claiming the great dream of living: 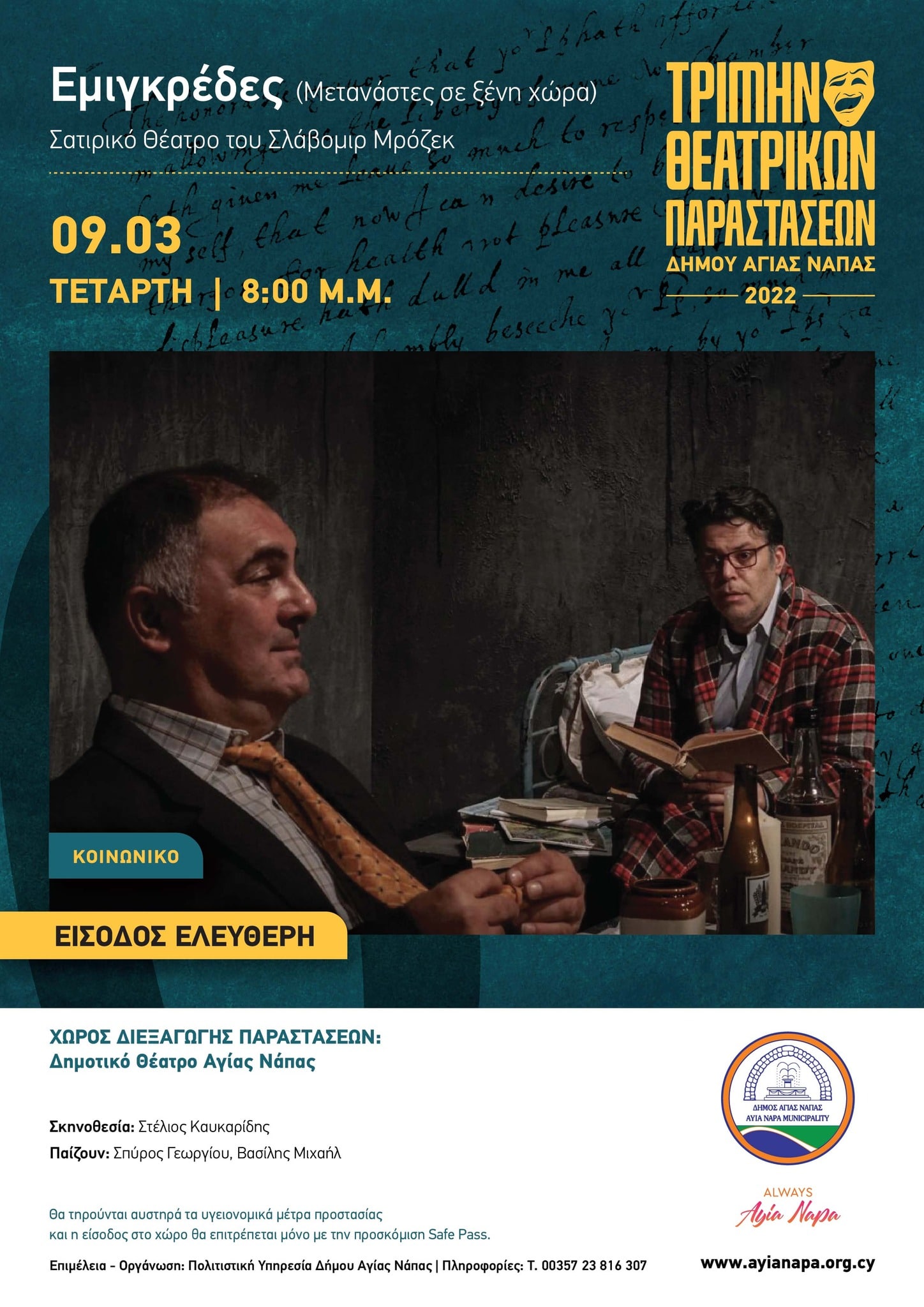