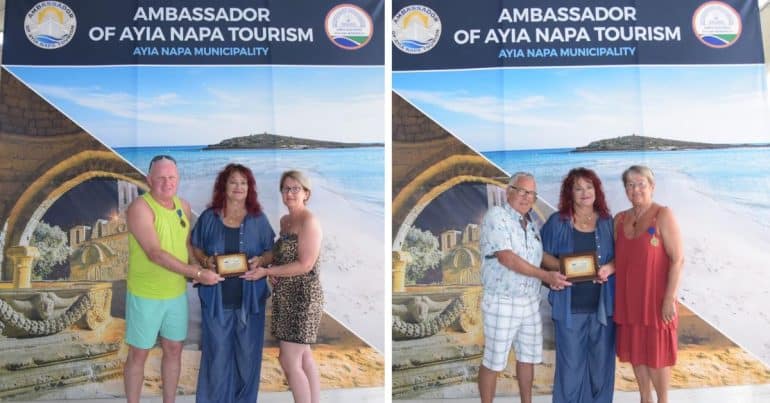 Two couples from Great Britain and one from Switzerland were honored by the Cultural Officer of the Municipality Mrs. Maria Tofini Tsantila with a commemorative plaque and with the emblem of the "Ambassador of Tourism" of Ayia Napa in a modest ceremony that took place on Thursday, September 22, 2022 at the Municipal Hall .

Awarding the Municipality's highest award on behalf of the Mayor Mr. Christos Zannettos, Mrs. Tofini thanked them for their multiple visits, emphasizing at the same time that their numerous visits demonstrate the great love they have for Ayia Napa and at the same time promote it in their countries in the most practical way how great a tourist destination it is and that it is worth visiting for a holiday.

He also assured that after being declared "Tourism Ambassadors" they are now considered citizens of Ayia Napa and not just visitors. 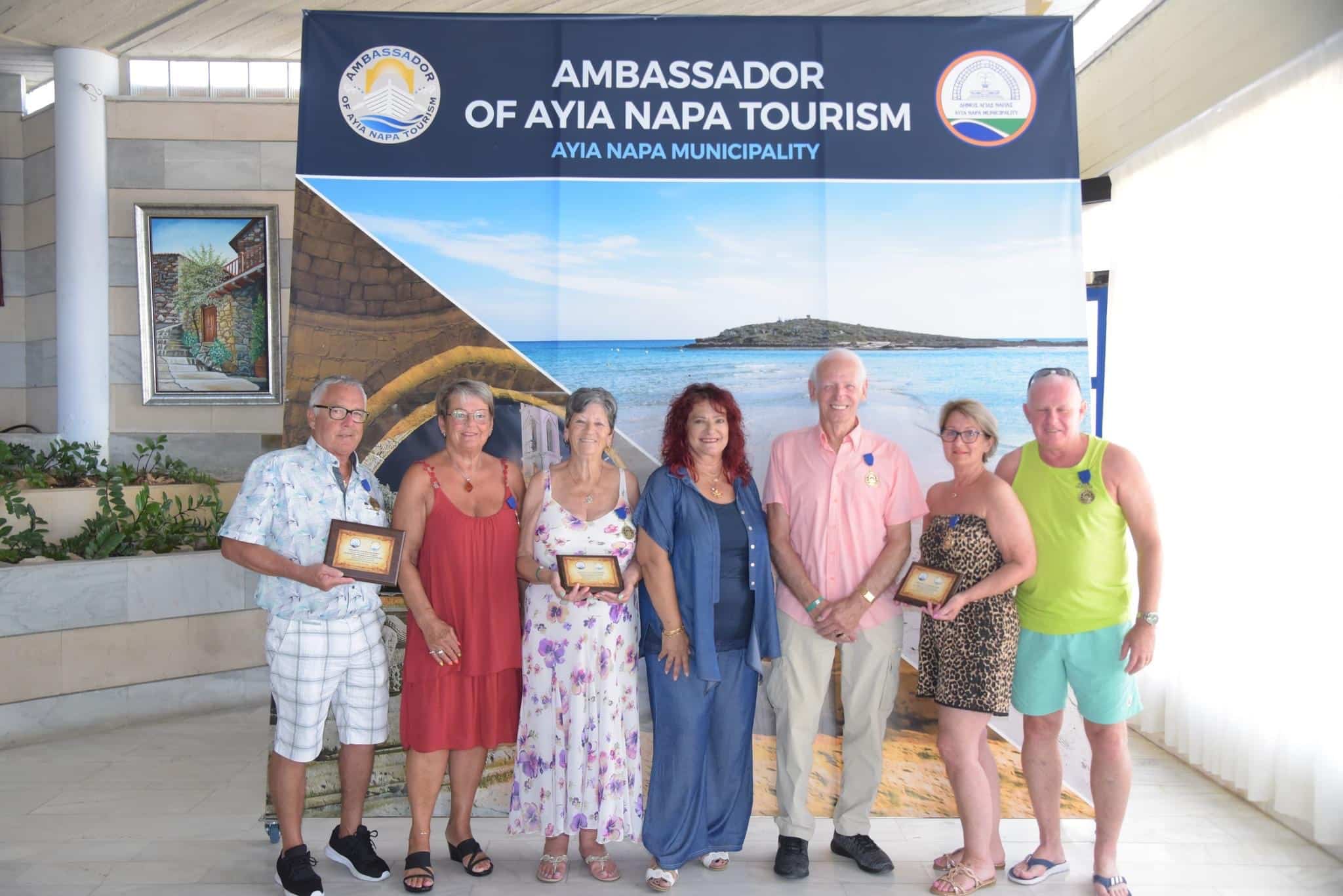 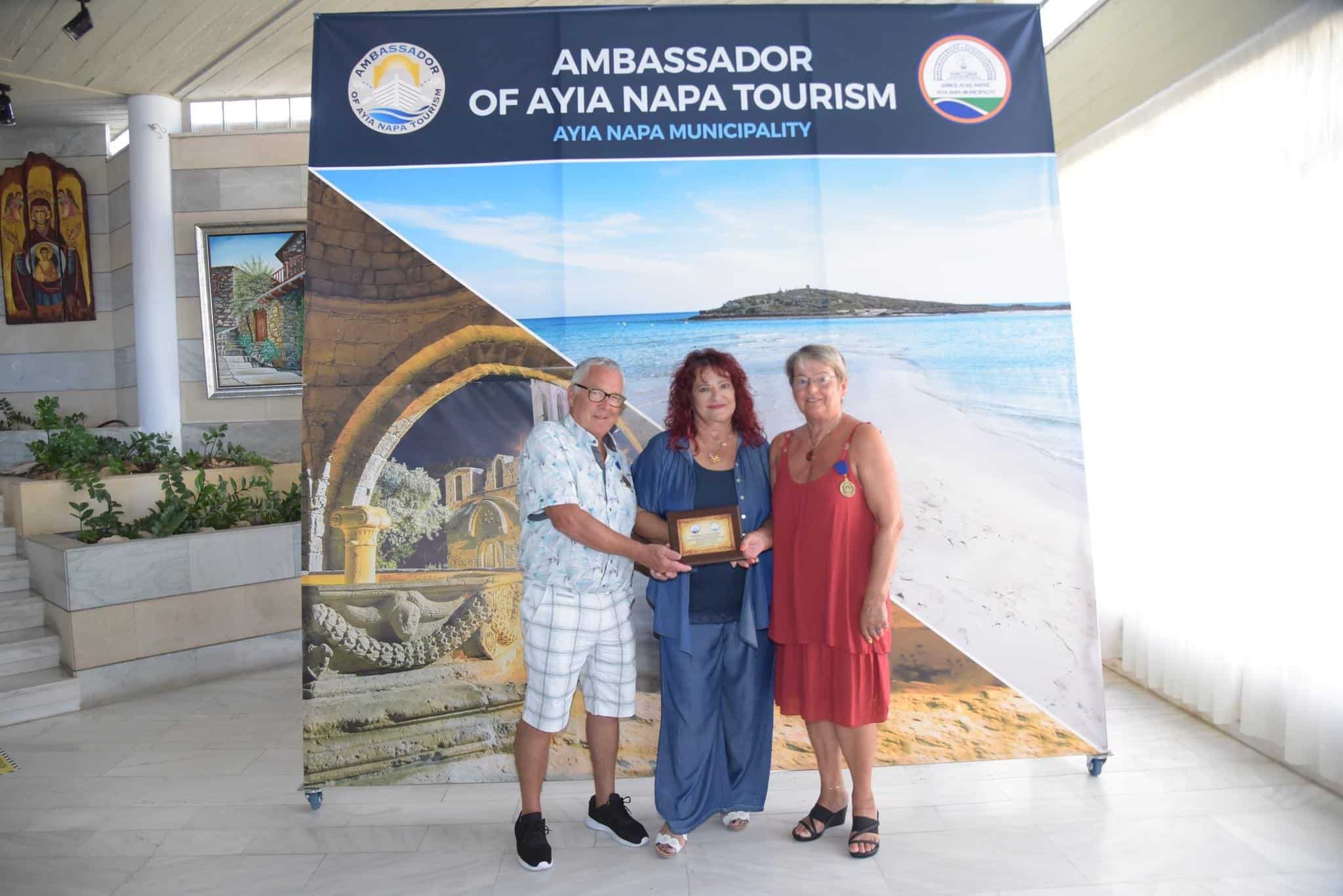 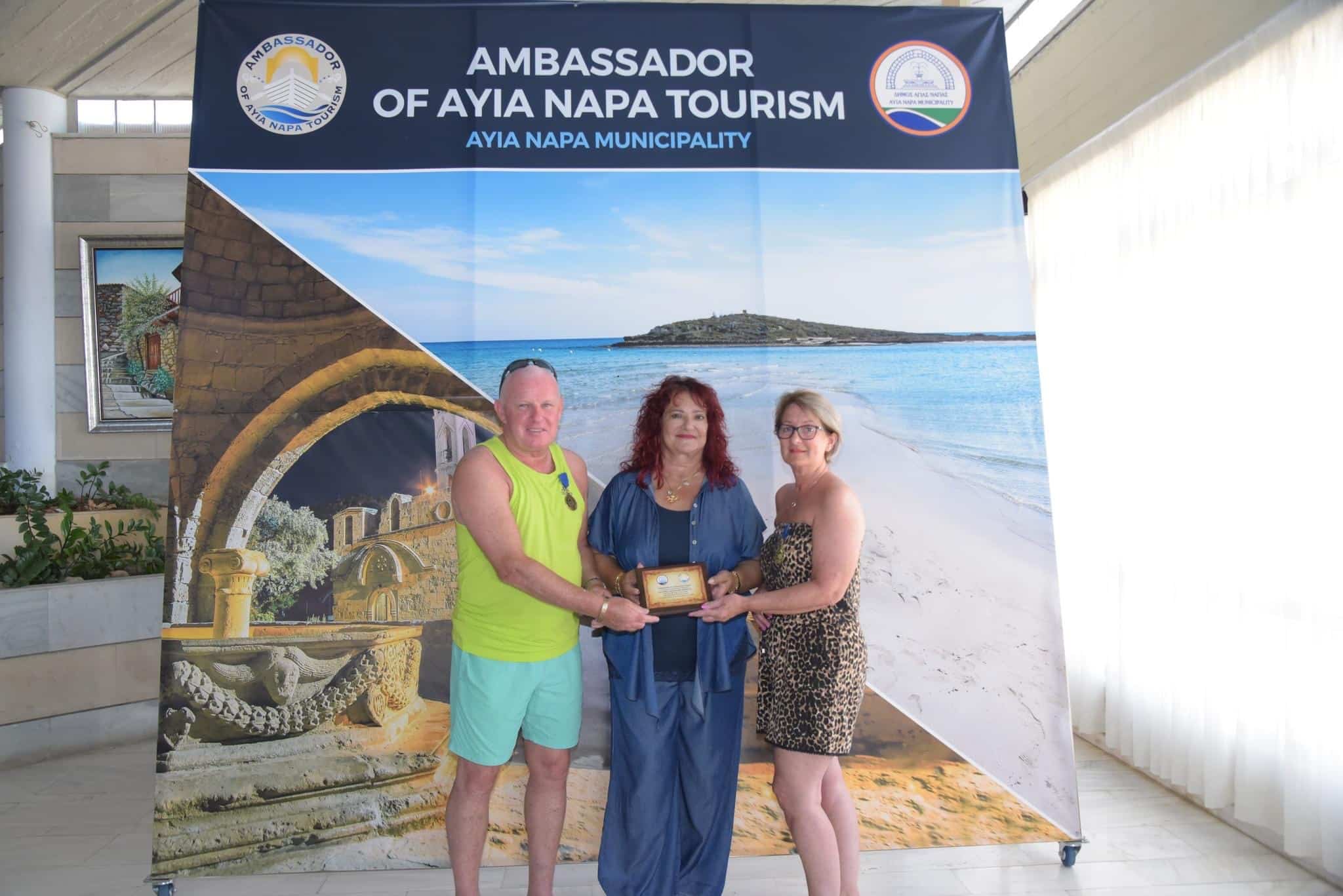 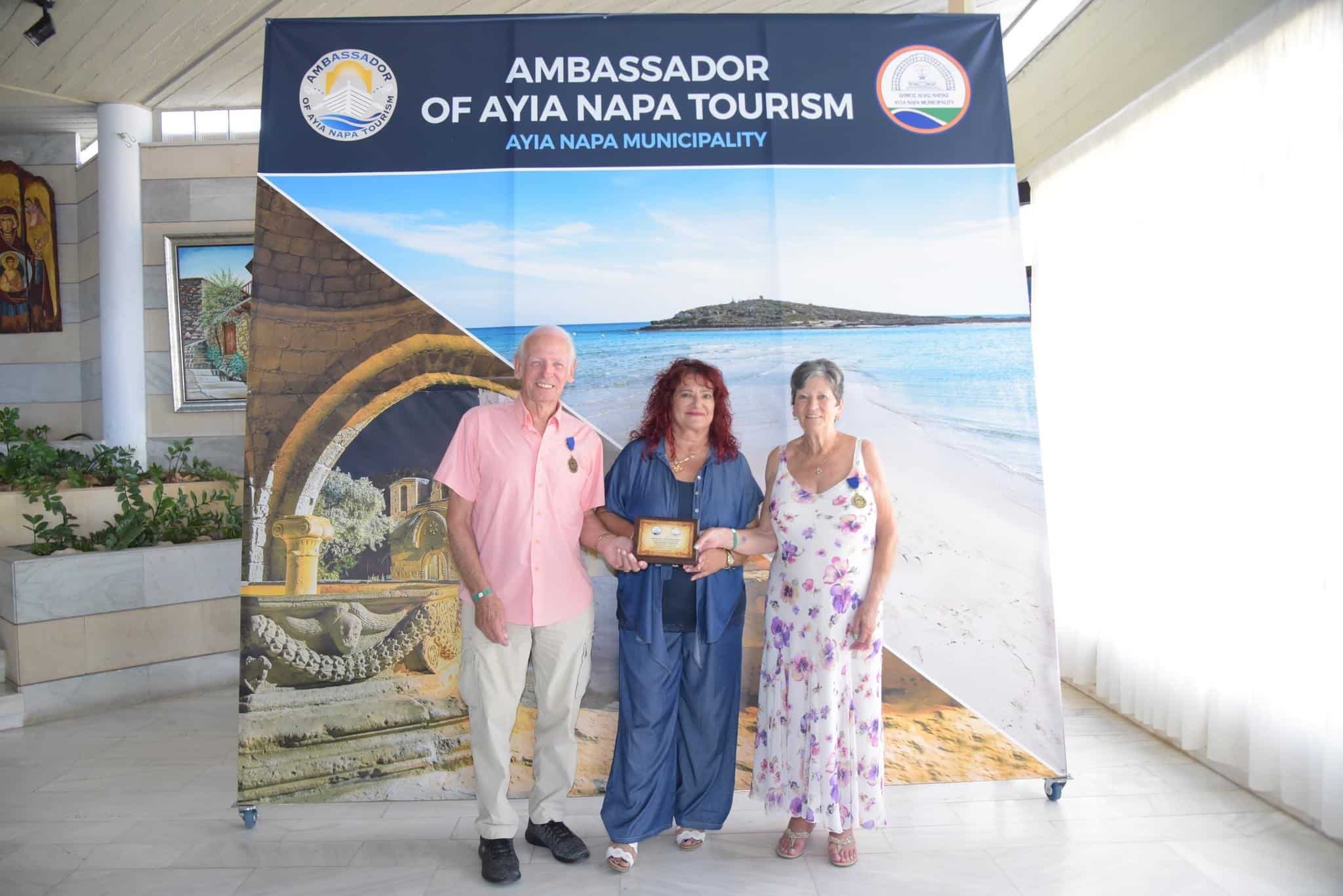 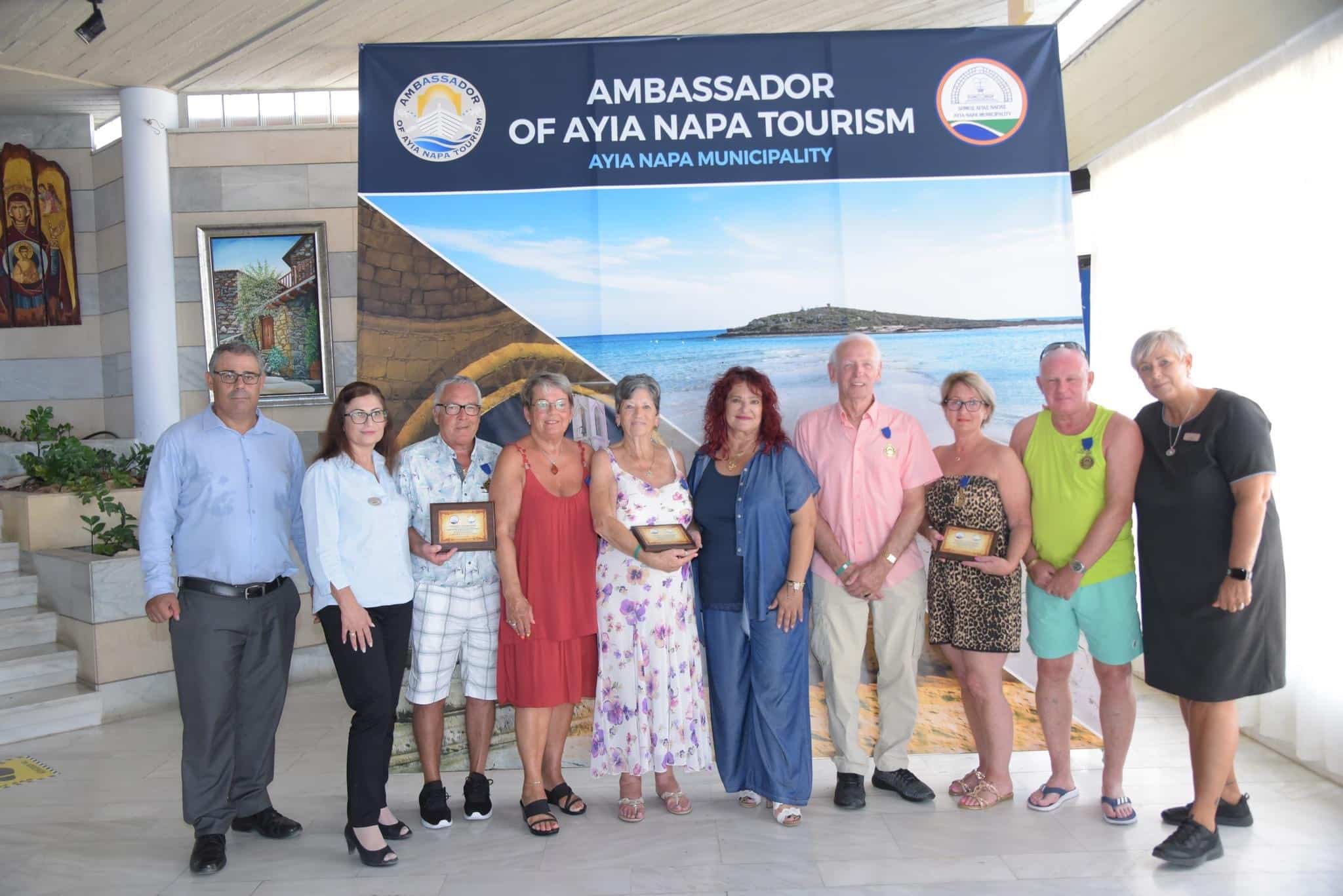