AYIA NAPA / VIRAL: A young woman has a phobia of Michael Jackson and she saw him in Ayia Napa

The video has gone viral, and Ruby has opened up about what exactly terrifies her so much about Michael Jackson. 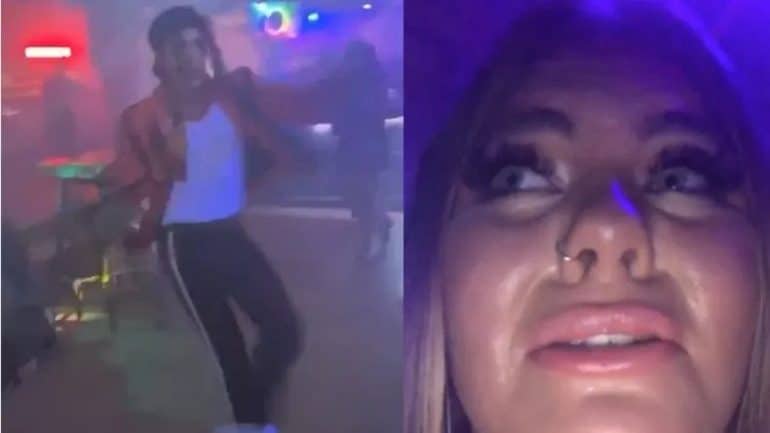 A teenage girl with a phobia of Michael Jackson saw her fear in the face of an impersonator and it went viral.

Ruby Marriott, 18, from Rotherham, South Yorkshire, was partying in a bar in Ayia Napa last Monday, but the fun didn't last long as she saw him and left in tears.

Speaking after the viral videos, which have so far been viewed nine million times, Ruby explained that her fear of the late singer began at the age of five when her sister and cousin showed her "creepy edited videos of him ».

A video taken by her sister Macey, 19, shows Ruby sobbing unable to look at the musician. The video has gone viral, and Ruby has opened up about what exactly terrifies her so much about Michael Jackson.

“Even when his music is playing, I get a rush of fear inside me. Thriller is the main song that scares me, mostly because I used to watch the music video when I was younger and it's one of his biggest hits, so it's played around me a lot."

“If a family member is playing their songs, I have to leave the room. The fear started to get worse when we went on a family vacation to Los Angeles and stayed in a house we rented for three weeks."

“There was a door with eight padlocks and one of my family members jokingly said 'what if Michael Jackson was hiding in there?', knowing my phobia of him. Every night for three weeks, I had the same nightmare of him coming out of the closet and coming for me while I was sleeping. It was awful!"

Ruby's family and friends knew about her unusual fear.

Ruby said that, “it was my first night in Ayia Napa and the first bar we went to was very quiet, so there weren't many people there. We had no idea of ​​any tribute acts so we went in and had a few drinks."

“I really enjoyed it, we were all dancing, taking pictures and laughing. It had only been half an hour since I heard the beginning of Thriller play and I immediately started to panic."

"I turned around and saw a Michael Jackson impersonator dancing on the dance floor next to me."

They left the bar but as he reported he couldn't sleep all night.