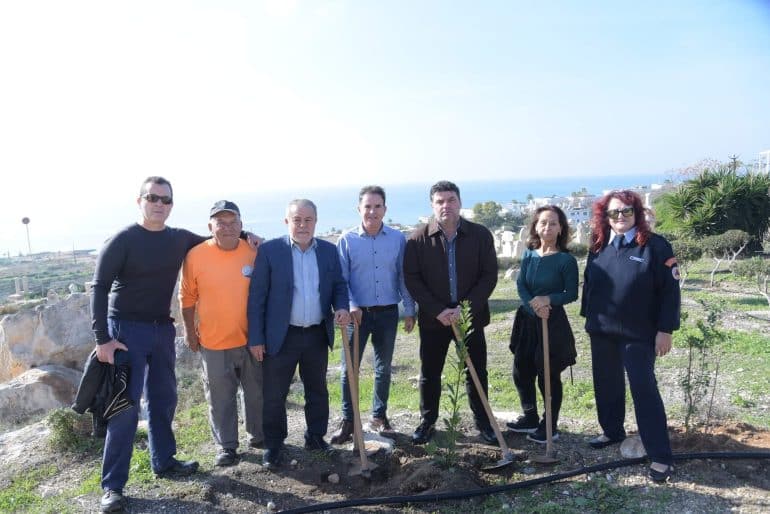 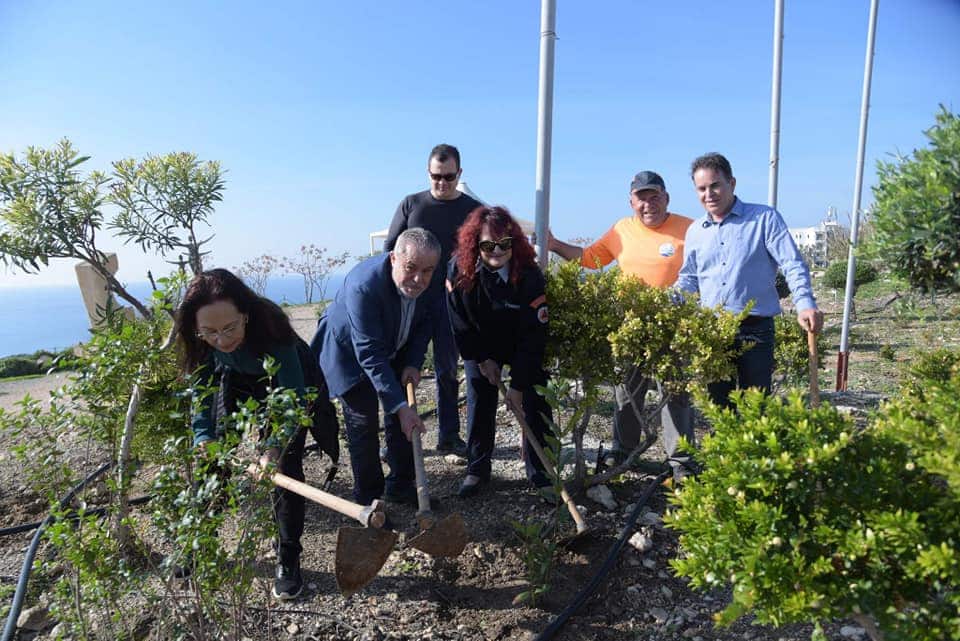 More than sixty plants were planted during the tree planting and cleaning campaign of the Sculpture Park and Cactus Garden held on Saturday, December 17 by the Members of the "Aroma Ayia Napa Friends of the Sculpture Park" Association, in collaboration with the Municipality of Ayia Napa, showing in practice in this way their undivided support and love for the two important reference points of the Municipality. 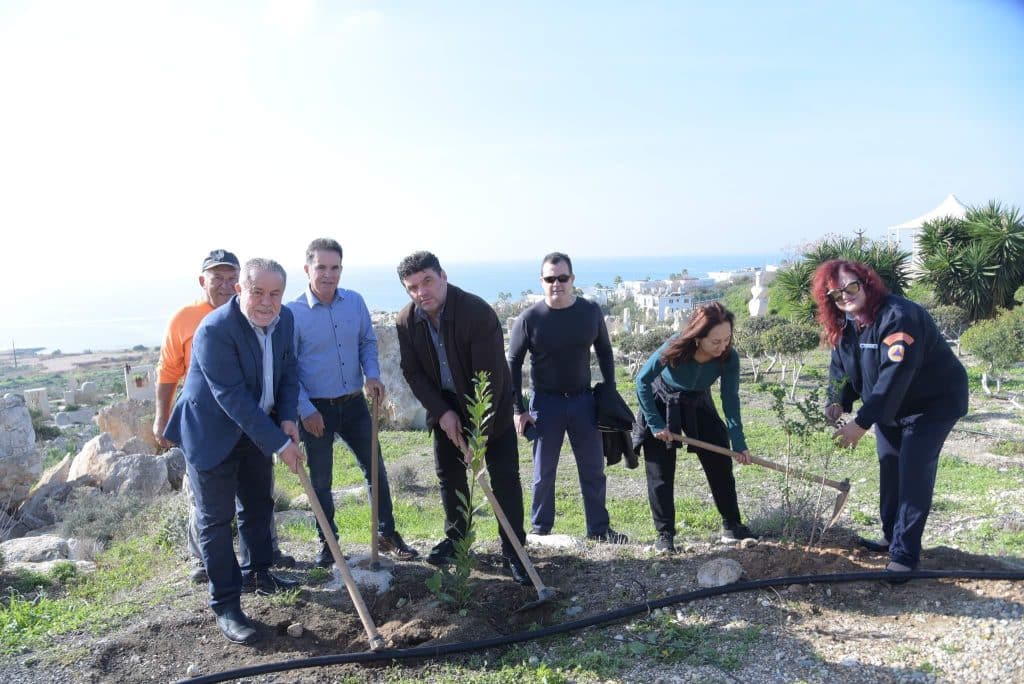 The event was graced by the presence of the Mayor of Ayia Napa, Mr. Christos Zannettou, who thanked and congratulated the President, Mr. Christakis Pitta and the Members of the Association for the initiative and their continuous practical support, stressing at the same time that such initiatives are for the society of the citizens as an example to follow and contribute to the further enrichment of the existing greenery with more trees and bushes as well as to the environmental protection of the two Parks. He also thanked all the volunteers and staff of the Municipality. 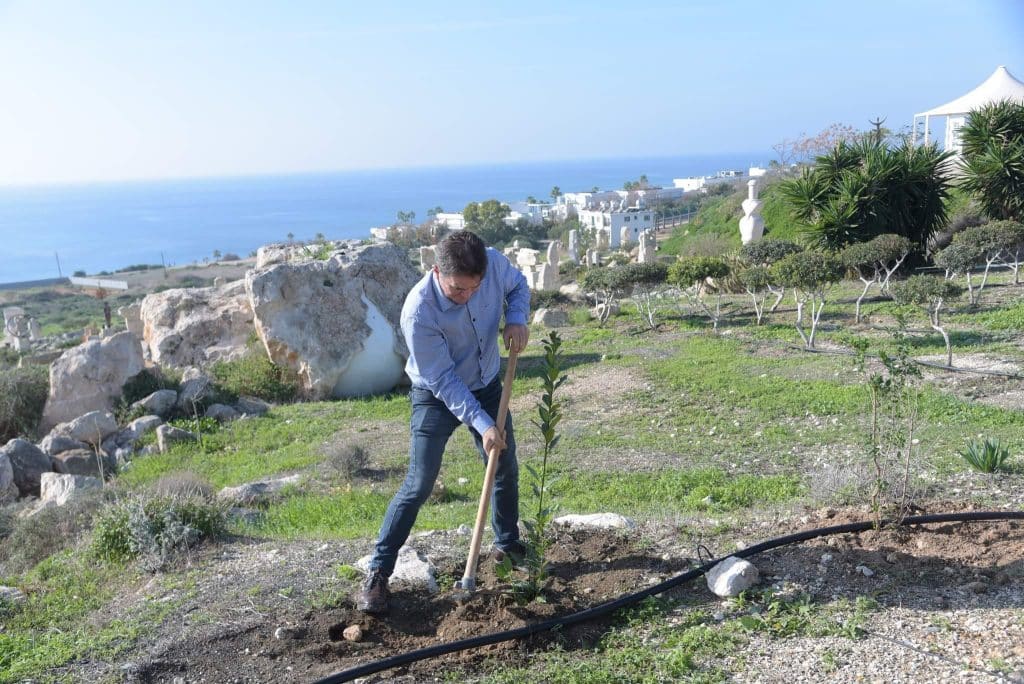 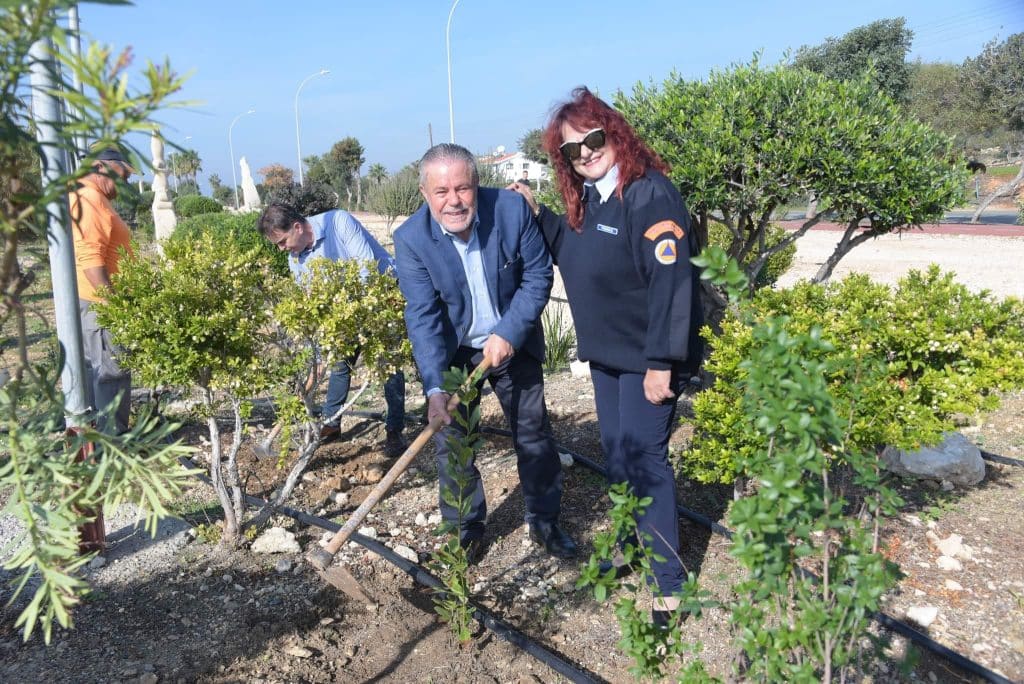 He also expressed, in turn, his heartfelt thanks to the members of the Association, to the staff and to the Cultural Service of the Municipality, especially to the Cultural Officer, Mrs. Maria Tofini Tsantila, for the impeccable and kind cooperation.

The event was held under the auspices of the Mayor of Ayia Napa, Mr. Christos Zannettos.