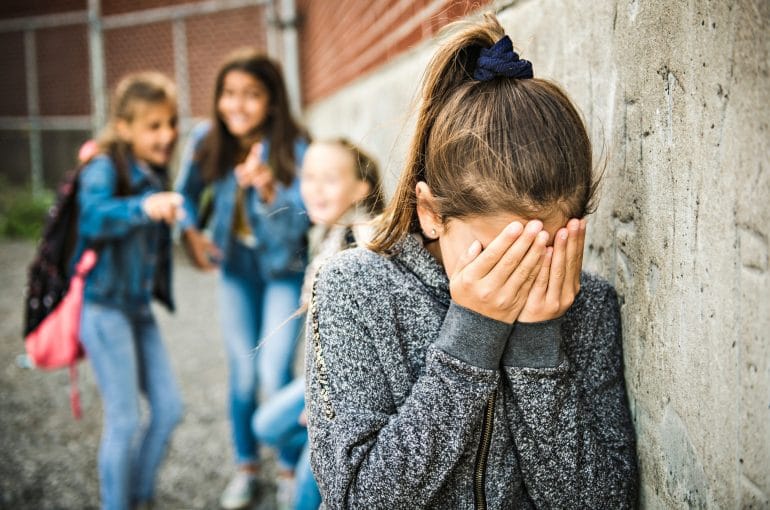 March 6 has been established as World Day Against School Violence and School bullying.

A key role in the phenomenon is played by teachers, who are also people who know all the nuances of school bullying while at the same time being the eye of society within the four walls of a classroom.

The FamagustaNews asked these questions to three teachers.

Roula Sergi, a secondary school teacher, Maria Flourentzou, a special educator, and Konstantina Koutsou, a kindergarten teacher, share their own experience, answering the questions we all want to ask and, above all, to get an answer.

How does bullying among students manifest itself?

All the teachers who were asked to answer the questions have noticed incidents of bullying, either to a small or large extent.

"They identify a weakness of a student whose verbal violence or mockery they initially use. The student then becomes a target and is marginalized. They make fun of, insult the student and wait for the moment so that they can start the "attack" "says Roula S. who is a high school teacher, without having noticed physical violence. While Konstantina K., who is a kindergarten teacher, has seen children use verbal and physical violence. "Exclusion from play is more common in kindergarten children." Maria F., says that bullying can start with the smallest occasion "I have a pencil and you have a pencil, I speak loudly and you speak softly" and end up with the biggest occasion "you take speech therapy or special education courses while I do not need "I see; you do not!" he said characteristically.

All three teachers conclude that even the smallest incident should not be ignored by the teacher.

How can bullying be prevented and / or treated?

Common finding… the teacher is not in the classroom just to deliver the material.

"Bullying can be prevented if the teacher realizes early on the group of students who are the perpetrators. The teacher can touch the subject in the lesson in a discreet way to see reactions or awkward looks, to observe the children sitting alone during the break "says Roula and in a similar way Konstantina works in the kindergarten," reading a fairy tale about with the theme will help the discussion using the heroes. How did the heroes feel? Was what he did right? "What would you do in his place?" Maria stated that "we must leave open channels of communication with all children - to cultivate confidence and the feeling that they can talk, if something happens to them."

Communication with the perpetrator and the victim, examples for sensitizing and informing the management and the parents so that the dynamics of the treatment is greater, were the three things that the three teachers agreed on.

Which characters become perpetrators and which victims?

Here, the three teachers say about the victims of bullying, with the suspicions being confirmed, that this is every possible version of diversity and as for the victims… dynamic characters, bullies.

"Student victims, I noticed, are introverted students or children with less physique or weak students in terms of school performance," says Roula and Maria, adding that "bullying is catastrophic for both the perpetrator and the for the victim. Victims have to do with diversity. Ethnicity, sexuality, physique, some form of disability, low performance and even the character himself. The perpetrator is a student who often feels insecure and inadequate, and does everything he can to prove to others that he is the strongest and best, even by crushing them. He blames others for his problems and mistakes, while he is always right. He has no empathy and treats with indifference the needs and feelings of others. "

Konstantina closes with a statement… "The perpetrators are usually the characters who are dynamic or who like to make bullies, I would say. However, the perpetrators themselves may be victims from home. "

What role does the family play?

The answer from the three teachers is unanimous: catalytic. The parents have the first and the last word while a special burden falls on the perpetrator's parents.

"Some parents do not recognize their children's mistakes and tend to justify their behavior. Or they also believe that this is an issue that should be resolved by the parents who have child victims ", Roula emphasizes and goes on to say that the parents of the victims should be close to the children and consider strange behaviors while at the same time they should not ignore tendency to isolation or introversion in adolescence but also not to leave the situation in their hands as many times children need special help.

Maria talked about prevention on two levels. On the one hand, what can the family do to reduce the chances of not being bullied by their child and on the other hand, what can the family do so that if the child is bullied, it does not react in self-destructive ways but to be able to manage it and move on with his life. "The most important thing is to cultivate a family atmosphere that allows open communication."

Konstantina also considers the part of the family very important, saying that it depends on the parents whether a child will coexist in a group and will communicate with another child, either different or lower tones than that, while continuing to touch the victim's side. where parents probably do not cultivate self-confidence and do not communicate with their children.

The phenomenon of school bullying like any problem must be prevented and addressed in a timely manner. It needs good planning and the cooperation of parents, children and teachers.

"As long as there is even one child who has been abused at school, either as a result of bullying, sexual harassment, racism or any other form of violence, then the school has failed." (Ingererd Warnersson, former Minister of Education of Sweden)