Deryneia: The Satirical Theater presents "Ospollate arkontinamen" - A lot of laughter in a traditional setting

The show offers plenty of laughter and fun and will remind the viewer of the charm of the good old days. 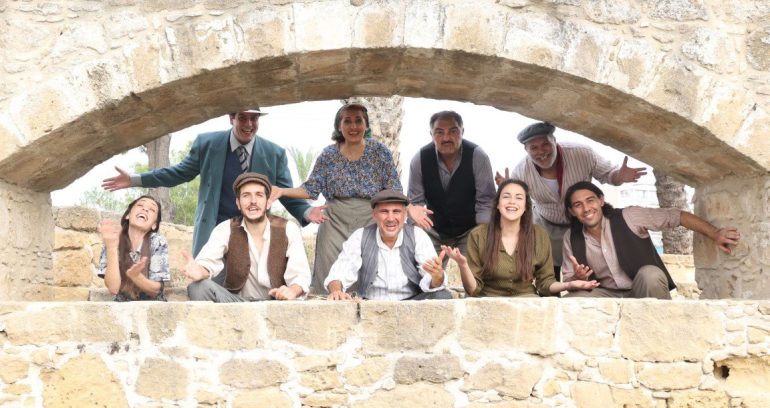 The Theatrical Performance "Ospollate arkontinamen" by Michalis Pitsillidis is staged by the SATIRICAL Theater directed by Vassilis Michael at the Deryneia Municipal Amphitheater on Tuesday, August 2, 2022.

A master in the use of the Cypriot dialect, and its richness, Michalis Pitsillidis gives us a slick and highly entertaining text with juicy scenes and genuine characters. In "Ospollate Arkontinamen" he draws his subjects from the daily life of rural people and their need to create a better life for themselves and their families. Through the lens of comedy, he touches on the ease with which the desperate resort to lies and deception, and he excoriates megalomania, greed, cunning and suspicion, as well as popular prejudices and social rejection.

In a stage environment directly intertwined with our tradition, we expect to offer you a show full of sounds and colors of our island, liveliness and humor, which will provide plenty of laughter and fun and remind the viewer of the charm of old, beautiful times. 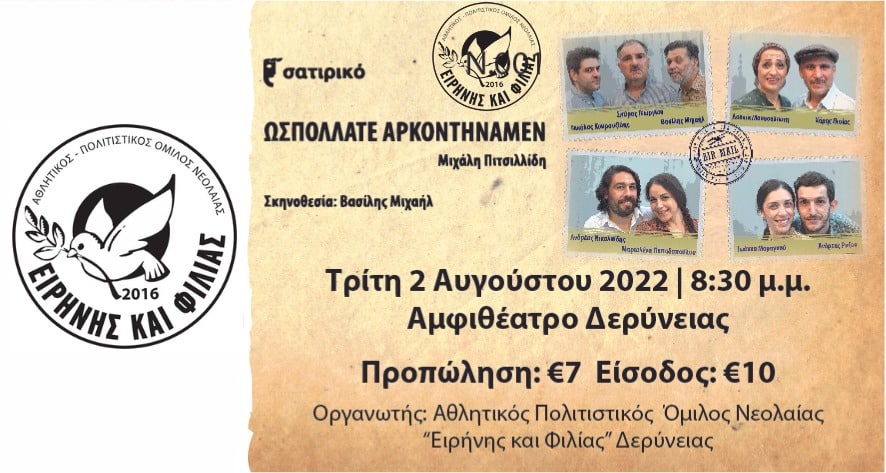 THE CASE OF THE PROJECT

In a village in Cyprus. Athanasius is in a very bad financial situation, having fallen into debt, so he manages to send his first-born son, Demosthenes, to Canada to find a good job and support the family financially. But his kanakaris turns out to be useless and unlucky and Athanasius is desperate: The villagers pressure him to return the loans, the rich Hatzittofas ​​does not let his daughter Angelou marry Phytis, the young son of Athanasius, as long as he owes him money and the Varnavis, threatens to divorce Aphentrou, daughter of Athanasius, if his father-in-law does not give him the dowry he has ordered. Trying to buy time, Athanasius pulls a trick, which complicates things and creates even more trouble.

FACTORS OF THE PERFORMANCE

Admission: €7 pre-sale and €10 from the amphitheater box office on the night of the show