OP. AMMOCHOSTOU: Handcuffs to a 42-year-old who looted two shops

Grabbed Checks From Stores - How He Was "Broken" 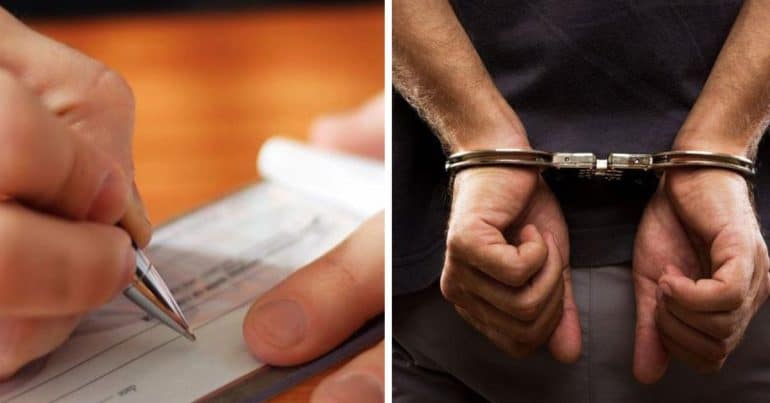 The Police arrested a 42-year-old resident of a village in the province of Famagusta, yesterday, to facilitate the investigations regarding two investigated cases of burglaries and thefts.

The two cases were reported to the Police yesterday, by the owners of two shops, in a village in the province of Famagusta. According to the first complainant, between the dates of September 17 and 19, 2022, unknown persons broke into his store and stole, various bank checks, a power tool and a large sum of money.

According to the second complaint, between September 18 and 19, unknown persons broke into a store and stole a sum of money.

From the Police examinations, regarding the two cases, testimony was secured against a 42-year-old resident of a village in the province of Famagusta.

Yesterday at noon, members of the OPE Larnaca stopped a car moving on a road in the province of Larnaca for inspection. The 42-year-old was the co-driver of the vehicle and during an investigation, an amount of €3,870 was found in his possession. The 42-year-old did not give satisfactory explanations on how he came to be in possession of the above amount, as a result of which he was arrested for the spontaneous crime of illegal possession of property.

The driver of the vehicle was questioned without any charges being brought against him.

Subsequently, the 42-year-old was handed over to the TAE Famagusta, where he was arrested by virtue of a court warrant and taken into custody to facilitate investigations.