He broke into an auto parts store, stole catalytic converters and left for a trip 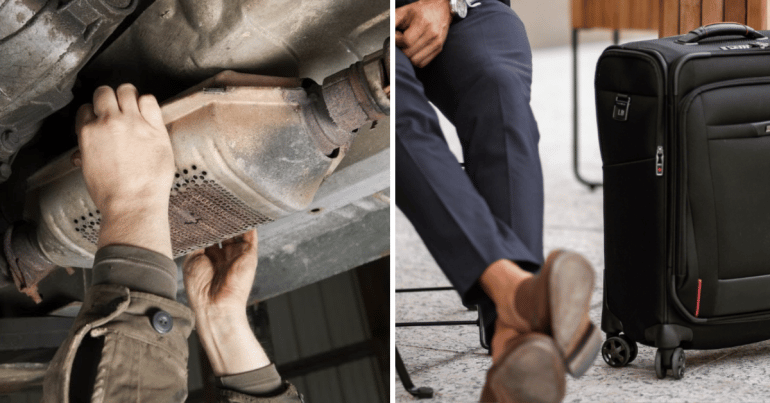 Yesterday, members of the Police proceeded to the arrest of a 36-year-old man, in connection with a burglary of a vehicle parts store, from which a large number of car catalysts were stolen. The burglary and theft were committed in the province of Famagusta, in October, 2021.

According to a complaint filed with the Police on October 19, 2021, the owner of the used vehicle parts store, on the night between October 18 and 19, his store was burglarized and 50 car catalysts were stolen. Members of the TAE Famagusta carried out examinations on the scene, and found that the building had been broken into.

From the tests carried out, evidence emerged against the 36-year-old suspect, against whom a judicial arrest warrant was issued. He has been wanted ever since, since it was found that he had left Cyprus.

Shortly before 1.00:36 yesterday afternoon, the XNUMX-year-old arrived at Larnaca airport, on a flight from a foreign country. After during the check by members of the Police it was established that he was wanted in relation to the case of burglary and theft, he was arrested based on the judicial warrant that had been issued against him.

After being interrogated by members of the TAE Famagusta, the 36-year-old allegedly confessed to the commission of the burglary and the theft of the catalytic converters.

He is expected to be brought before the District Court of Famagusta for registration of the case for trial.

Three other persons have been brought before the Court for the case, with the trial of the case continuing.