"They decided for all the provinces except the free province of Famagusta" - Joint letter of the Mayors and Mayors of Paralimni, Deryneia, Frenaros and Acheritos to the Speaker of the Parliament for the non-establishment of a Provincial Council 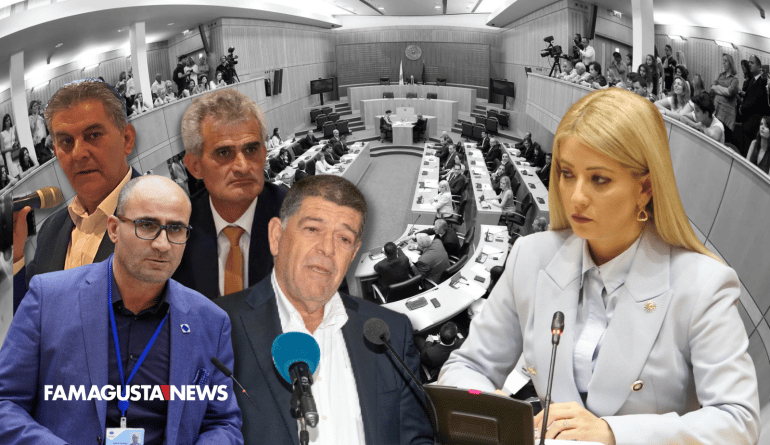 The Mayors and Community Leaders of Deryneia, Paralimniou, Frenarous and Acheritou are making a final appeal to the Speaker of the Parliament, following a letter they sent on November 21, 2022, the answer to which is pending.

Through the letter, they express their displeasure and concern as the Speaker of the Parliament and the leaders of the parties decided to leave the Famagusta Provincial Council in abeyance, a fact which they consider further imprisons the free province of Famagusta.

At the same time, they express the hope that the Parliament will behave responsibly towards the future of the free province of Famagusta and that no further measures and actions will be needed.

In the letter it is stated that last July the Minister of the Interior tabled an amending bill for the Provincial Organizations of Local Self-Government Law, so that the temporary Coordinating Council of the Famagusta Organization could be convened and functioned.

It is emphasized, at the same time, that "the other Provinces are feverishly preparing for the setting up of the new Provincial Organizations, so that the reform can be implemented, while in our own crippled province we are being punished because our Metropolis is occupied and some people are taking care of it, creating problems for it."

The Mayors and Mayors of Deryneia, Paralimni, Frenarous and Acheritos, addressing the President of the Parliament, state that the Minister of the Interior has sent all the necessary information for the amendment of the Law in a timely manner and that the parliament has an obligation to take a position, either positively or negatively before the closing of the for the Presidential Elections.

They point out, finally, that the reform of the Local Government must also be implemented in Famagusta, while they emphasize that they await the immediate actions of the Speaker of the Parliament in order to promote the issue in the Plenary. 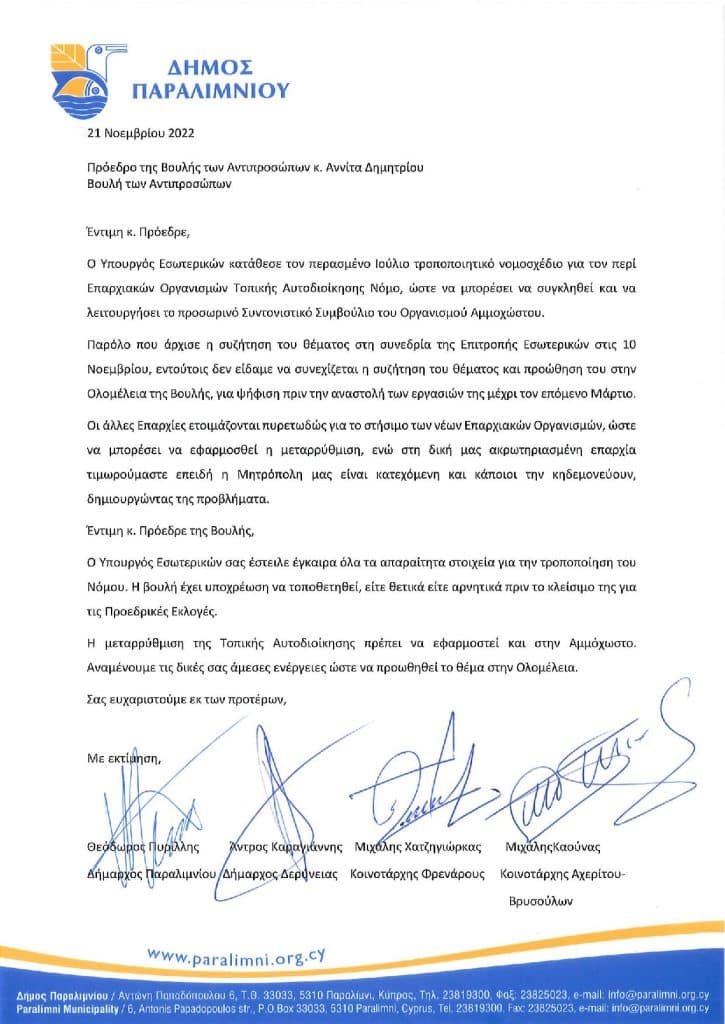