No problems but reduced attendance 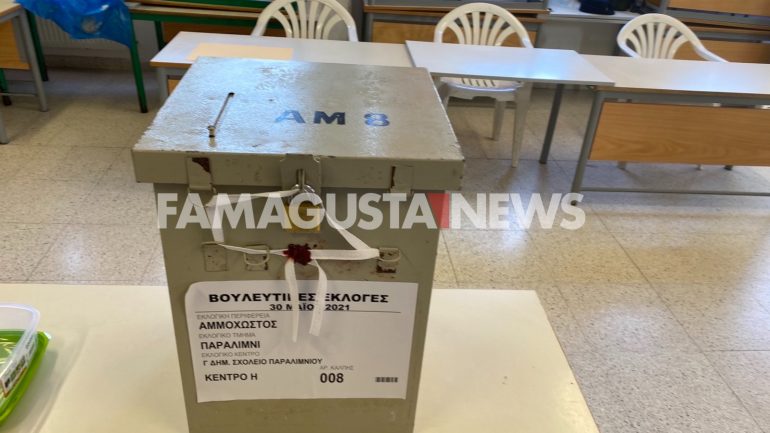 The polls opened at 07:00 in the polling stations of the free province of Famagusta for the election of members of the new House of Representatives.

The polls will close at 12 noon for a one-hour break, will open at one in the afternoon and voting will end at 6 pm, when the counting of votes will begin at the local polling stations.

Voters can vote in addition to the ballot paper and with their identity card and for Famagusta citizens are entitled to put up to three crosses of preference.

In his statements, the Commissioner of the Famagusta Constituency, District Governor George Chrysafinis stated that a total of "127 candidacies were submitted, from 15 combinations of parties, of which eight were complete, ie included 11 candidates, as many as the constituencies of the constituency."

Answering a relevant question, Mr. Chrysafinis said that "there will be 4 polling stations abroad and more specifically in London, Thessaloniki and Athens with 1,137 voters. There will also be a double ballot box in Paralimni which will concern the displaced 219 voters of Kyrenia and 309 of Nicosia ".

In the free province of Famagusta "there are 4 Latin and 25 Maronite voters who will vote at the polls in Larnaca. "There are still 4 Turkish Cypriot voters in the Famagusta constituency who will vote in the polling stations of Ayia Napa and Paralimni."

"Out of the 127 candidates running in the parliamentary elections, there are 26 women and 101 men."

Regarding the mobile ballot boxes in the Famagusta constituency, a total of 22 patients with coronavirus have been registered in the special list of the Ministry of Interior to vote in a mobile polling station that will operate.

The mobile polling station will be inaugurated by the Famagusta District Administration Offices in Paralimni, after the ballot papers and the ballot box are sealed in the presence of representatives of the electoral combinations / candidates.

The trapped voters "amount to 197 and are located in the communities of Rizokarpaso and Agia Triada and will vote in polling stations in Acheritou." An arrangement was made to allow the detainees to pass the roadblocks by PCR test on the condition that they return on the same day.

It is noted that a total of 310 employees will work for the elections in the Famagusta constituency, including 30 unemployed graduates.

Besides, according to the Police, 130 of its members will work today for the parliamentary elections. ADE Famagusta will have under its responsibility Communities of Larnaca Province such as Xylofagou, Xylotympou and Achnas Forest, while the Crisis Center will operate a Crisis Center.

Famagusta submitted ten candidates for Cyprus, nine candidates for the Change of Generation, eight for the Active Citizens - United Cypriot Hunters Movement, five for the Awakening -2020, four for the People's Breath, with two for the Animal Party and one for the Patriotic Party.