Famagusta District: A cry of despair from hotel workers

They are left without unemployment benefits - A matter of survival for hundreds of families - 3.000 asylum seekers have been placed in jobs - Workers from third countries are applying for CCCI-OEB 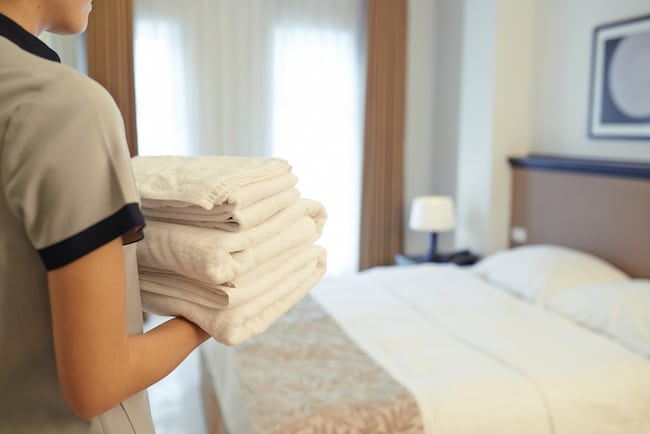 In despair is a large number of employees in the hotel industry but also in general employees in the tourism sector, who are no longer beneficiaries of unemployment benefit, due to the non-operation of their businesses during the pandemic.

Employees in the tourism sector contacted Famagusta.News describing the painful situation in which they find themselves in the middle of winter, while their businesses are not operating.

As they report, thousands of employees in the hotel industry but also employees in the tourism sector in general stay uncovered with regard to plans to cover unemployment benefits for the winter 2021-2022. The specific employees, after the announcements of the Ministry of Labor regarding the unemployment benefits for the period 2021-2022 will not be beneficiaries, not because they did not work by choice, but because the conditions of the pandemic imposed it. These are workers who did not work in 2020 as in the midst of a pandemic their tourism companies were forced to put a padlock. These employees had to work from October 2019, when their businesses closed for the winter season, while in April-May 2020, when they were about to open for the new tourist season, they did not operate due to the pandemic.

These are hundreds of employees who suffer injustice as it was not their choice not to work in 2020 but also their choice who worked for a very short time in 2021 and ended their businesses.

As they report, the state has to find a solution to the issue as these employees are affected for two years and some months they worked with a bonus of € 500 with which they could not support their family either. On the other hand, they express the fear if the Ministry of Labor restores the plans of the HRDA of € 500 per month. At the same time, they warn that if the government and the Ministry do not make second thoughts, it is possible that they will mobilize, asking for the obvious for the survival of themselves and their families.

Employees from third countries are requested by CCCI - OEB

Initiate the procedures for licensing employees from third countries, urgently seek CCCI and OEB, to cover, as they report, the major shortages in the hotel industry. The large staff shortage that has plagued businesses in recent months is mainly due to the flight of some XNUMX community workers who have returned to their home countries, either because of the pandemic or because they found better jobs, but also because of the growing economy.

Ο General Manager of OEB, Michalis Antoniou, in statements to the press, asked to be made immediate actions in order to fill the positions, from third country workers. "The solution can not come soon with the means available to the country," he said, adding that "the registered unemployment is so low, which does not even cover the sample survey conducted by OEB, which identified almost 9 thousand positions, from a small number of companies, which answered our questionnaire ".

At the same wavelength and o General Secretary of CCCI Marios Tsiakkis, who stated that the initiatives taken to recruit staff from the registered unemployed and asylum seekers, can not fill the gap created. "Businesses have great needs and can not meet them," he said, noting that simplification of the procedure for recruiting asylum seekers, although it facilitated the process, it is not the solution to the problem. "One can be employed, until the completion of his application. "If during the examination of his application there is a decision that he is illegal, then the employer must release him", said Mr. Tsiakkis. The CCCI, as he mentioned, is waiting for information regarding the results of the contacts made in Greece, to which Cyprus turned, in order to find community employees. "Beyond that, it remains for us that there is a great shortage of manpower in the market, which can not be covered and we ask for the completion of the employment process from third countries as soon as possible."

Ministry of Labor: "There are many unemployed, employers do it on purpose"

For his part, a spokesman for the Ministry of Labor said in a report by "Reporter" that the problem of staff shortages is not severe, because there are still several thousand unemployed, many of whom in the last month, which closed the hotel industry. Although they are seasonally unemployed, he says, once their employer fires them, they can be sent to some more permanent job, but employers do not do so in order to apply for a leave of absence to bring from third countries.

Three thousand asylum seekers have been placed in jobs

According to the data of the Department of Labor, which was presented in a recent report by "Reporter", during this year, they were placed in jobs more immigrants than ever, with their number exceeding 3.000. In fact, six hundred of them were placed in the last two months, after the employment process was simplified.

Asylum seekers can be placed in specific professions, which are provided by a relevant decree. More than a thousand, from the beginning of the year were placed in the wholesale and retail trade, where there was the greatest need, while about four hundred, were employed in agriculture. The rest were employed as food and booklet distributors, kitchen assistants and cleaners in the hotel and food industry and in the processing sector, as porters.

"The process has now been greatly simplified and through a responsible statement one can hire an asylum seeker immediately. "Every week a technical committee meets and we give approvals", said Mr. Alexandrou.

Famagusta.News / with information from Reporter