OP Famagusta: Along with the frost and… water cut - Consecutive blows for potato crops (PICTURES)

The representative of the potato growers, Andreas Karyos and Giannakis Gabriel, District Secretary of EKA Famagusta talk to FamagustaNews about the damages caused by the frost and the water cut 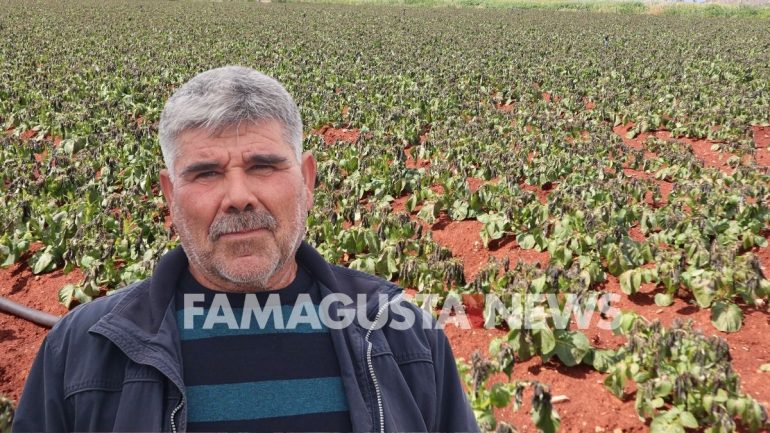 The rainstorm and the second wave of frost that hit the crops in the previous days follow the interruption of water in various pipelines which prevented frost protection. 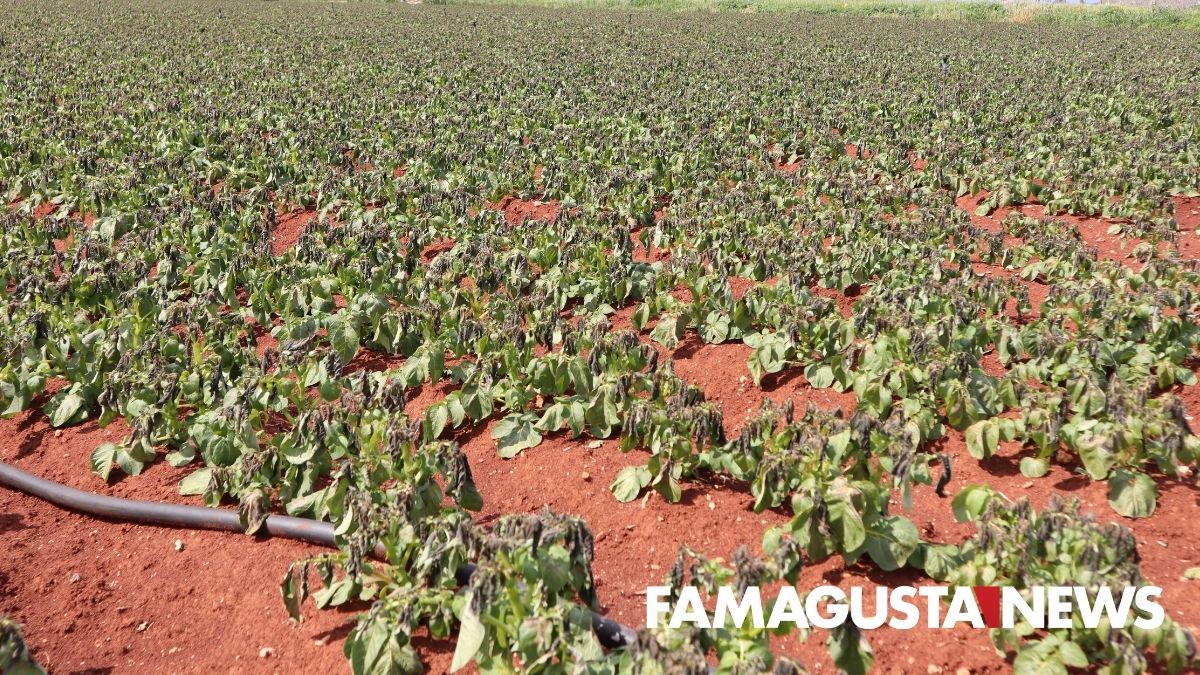 The representative of the potato producers, Andreas Karyos, speaking at Famagusta News, stated that, despite the overnight efforts to irrigate potato plantations in the early hours of Monday and Tuesday, both the water cut as well as the very low, almost zero temperatures that prevailed mainly during the dawn hours, did not help to prevent the catastrophe. 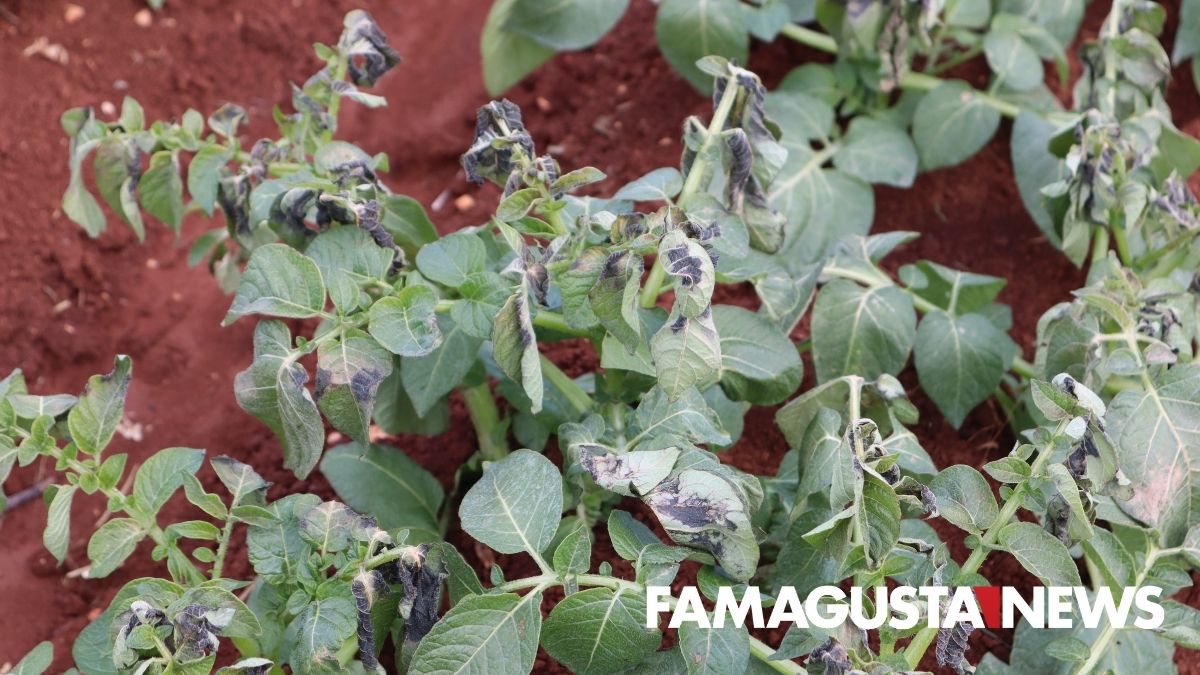 Consequences of problems in the pipeline

Mr. Karyos noted that he would not like to give relief to the project, "But we have to realize the high demand from all the southern pipeline reservoirs. It was a natural consequence to create difficulties in the southern pipeline as well. When all the tanks are in operation all night, after the frost started at eight in the evening, then the project can not meet. The duration of the frost is also very much afraid that it will bring other problems than the excessive water that the potatoes received. ” 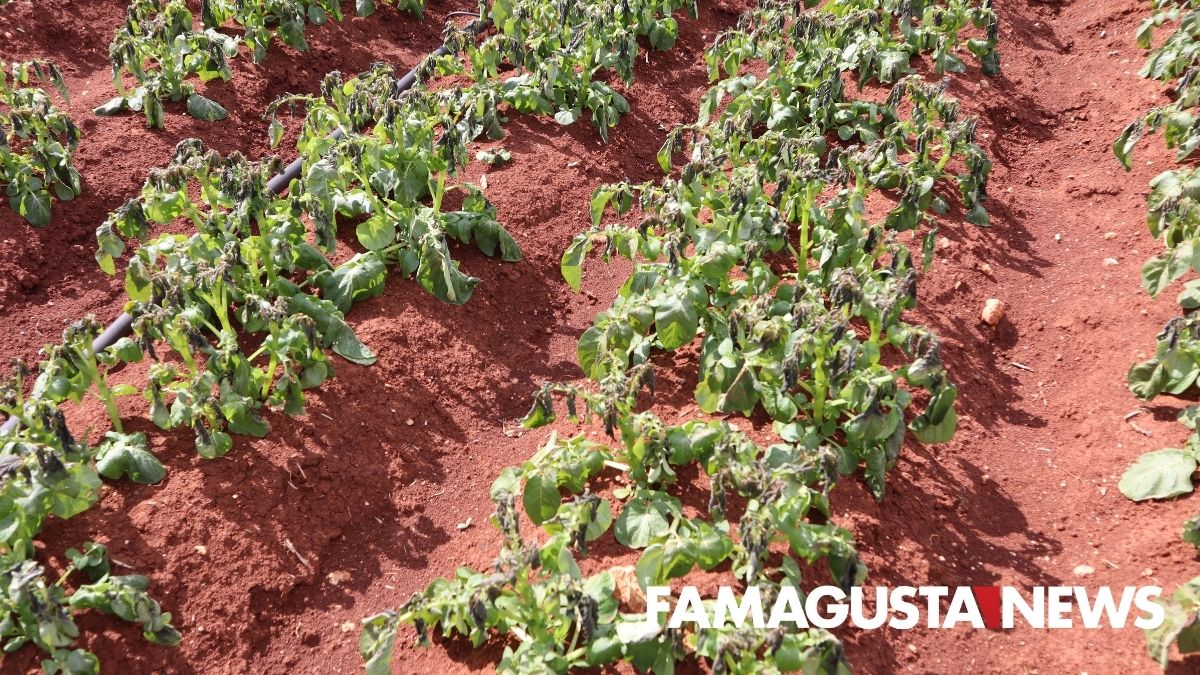 The Irrigation Department to solve the problem

According to Mr. Giannakis Gabriel, District Secretary of EKA Famagusta, around three in the morning until six the pipeline stopped supplying the necessary quantities of water to the free province of Famagusta, so that farmers could save their plantations, while at the same time calls on the irrigation department to proceed to solve the problem, providing the necessary amounts of water to farmers.

Appeal to the Department of Agriculture

There are many potato growers who are talking about one of the most widespread disasters in the potato growing sector in recent years, as far as this year is concerned. appeal  as the Department of Agriculture is touring the potato crops throughout Cyprus to see how big the damage was, but also through its announcement to urge potato growers to declare the damage.