The international shooter of the Shooting Organization of the Province of Famagusta (SKOEPA) George Kazakos, is this year's champion of the field 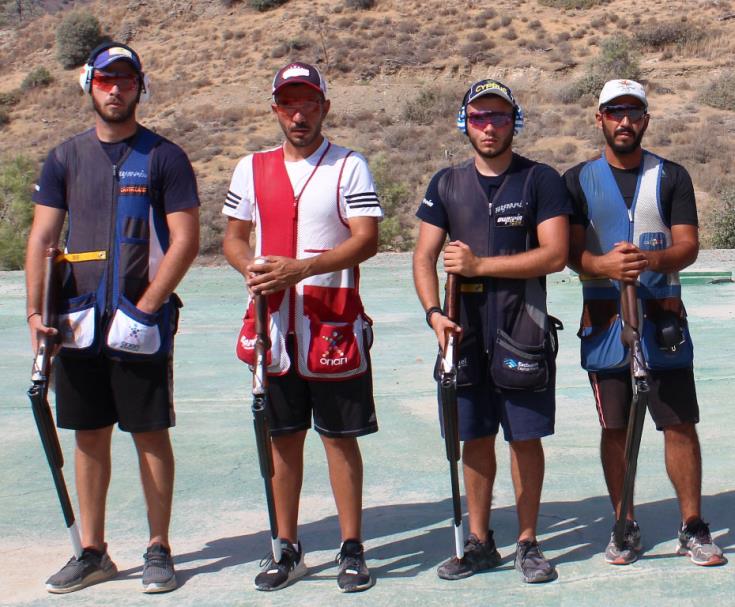 The international shooter of the Shooting Organization of the Province of Famagusta (SKOEPA) George Kazakos, is this year's champion of the squat, in the Pancyprian Shooting Championship OPAP 2021, organized by the Shooting Federation of Cyprus.

According to SKOK, Kazakos secured his first title in the general classification of skets, collecting 725 hits on the 750 measurable records of the championship. This year's championship in this particular Olympic sport, included 7 games of 125 records, and for each athlete they measured the 6 best results.

The champion of SKOEPA was followed by the champion of the teenagers Petros Egglezoudis of the Shooting Organization of Limassol with 716/750, while in the third place were equal Nikolas Vassiliou of SKOLEV and Andreas Hasikos of SKOLAR715 with 725/XNUMX.

In the women's scene, the champion was Konstantina Nikolaou of SKOAM with 685/750 and the runner-up was the young Anastasia Eleftheriou of SKOLEM, who is also the champion in the junior scene with 637/750.

Finally in the children's stage, the title of champion with a big difference from his opponents, was secured by the fair Andreas Pontikis of SKOLEY with 681/750.

The two triathletes, Nikolas Vassiliou and Andreas Hasikos, were the only ones to achieve two victories in this year's championship, while the other three races were won by three different shooters. Specifically, Nikolas Vassileiou won the games for the "Larnaca Cup" and the "Kyrenia Cup", while Andreas Hasikos was the winner of the "Famagusta Cup" and the "Pancyprian Inter-Association Games".

The winners of the other three races were Dimitris Konstantinou (SKOPAF) in the "Paralimni Cup", Menelaos Michailidis (SKOLEF) in the "Laki Psolofitis Cup" and the young Sotiris Andreou (SKOEPA) in the "Mon teenager this year who managed to win a nationwide match in the overall standings.

The champion George Kazakos, although he did not win any championship race, nevertheless managed to be the first to cut the "thread" of this year's "marathon", thanks to the stability, accuracy and racing discipline, which he showed throughout the year, a fact as evidenced by his appearances in six of the seven finals of the championship.

In these six participations in the finals he secured a second place, twice he was ranked fourth, two fifth and one sixth.

In detail, this year's sketch champions in each category are the following: