Famagusta Province: The captain who brought the 21 migrants is in the cell - Their boat was taking on water 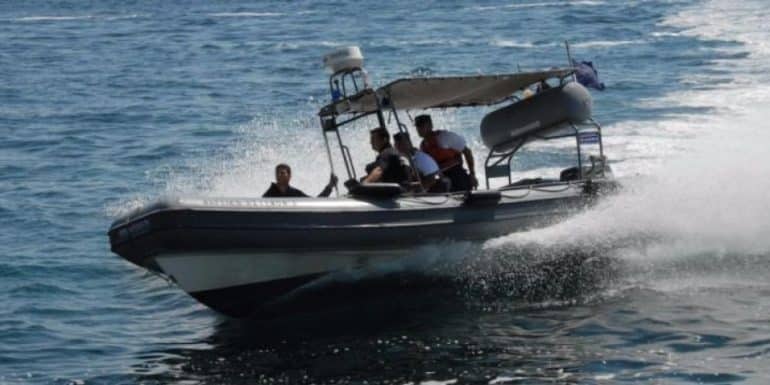 A 26-year-old man was brought before the District Court of Famagusta today regarding the case of transporting immigrants.

According to the Police, he is said to be the operator of the boat that was spotted yesterday afternoon off Cabo Greco, at a distance of 14 nautical miles from the coast, in which 21 migrants were on board.

Due to the fact that the Police investigation into the commission of the offenses has not been completed, the District Court of Famagusta approved the detention of the suspect for a period of 7 days.

According to information from the KYPE against the suspect, the following six offenses are being investigated: "Conspiracy to commit a felony, assisting a third country person to illegally enter the Republic of Cyprus, Assisting a third country person with intent and with the purpose of making a profit, Transporting a person by waterway with unsafe or overloaded vessel, On the United Nations Convention and Transnational Organized Crime and Protocols Law of 2003 and Illegal entry into the territory of the Republic of Cyprus”.

The boat was spotted shortly after 17pm yesterday by Coast and Maritime Police radar moving off Cape Greco 00 nautical miles from the coast.

He raised the alarm and rushed to the scene of the incident of the Coastal and Maritime Police, who "spotted the boat, the length of which was 7 meters, on which were 21 illegal immigrants of which 14 were men, 3 women and 4 children of which 1 was unaccompanied'.

It was found that their boat was taking on water and a second Coastal and Maritime Police boat rushed to the scene with the aim of transporting the migrants to the Golden Coast fishing shelter.

Members of the police "proceeded to check the documents that the migrants had in their possession and then they were transferred to the Temporary Accommodation Center for Migrants Pournara in Kokkinotrimithia".

According to testimonies obtained by the police, "one of the migrants appears to have been the captain of the boat. Members of the police proceeded to arrest the 26-year-old immigrant for the self-inflicted crime of illegal entry into the Republic", while according to information from the KYPE, the police authorities are also investigating a case of migrant trafficking.