Famagusta Province: They found and handed over a wallet with €1.150 - Honored by the Chief of Police 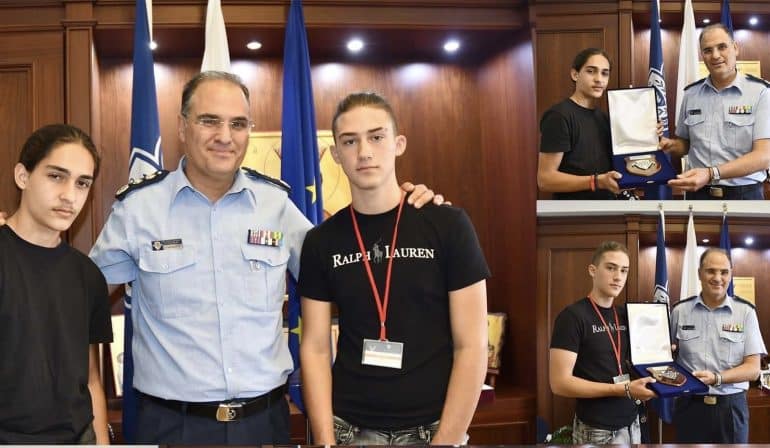 Today, the Chief of Police, Mr. Stelios Papatheodorou, gave honorable mentions to two teenagers, 13 and 15 years old, who handed over to the Police, a wallet with a large amount of money, which they had found in a park in the province of Famagusta.

Mr. Papatheodorou called the two young men and their parents to his office and expressed his thanks and congratulations for their action. As the Chief mentioned, the action of the two young men is an example for everyone to follow.

The two young men had found the wallet in a park in the province of Famagusta last July. Accompanied by the 13-year-old's father, they went to Xylofago Police Station, where they handed over the wallet, which contained the sum of €1,150