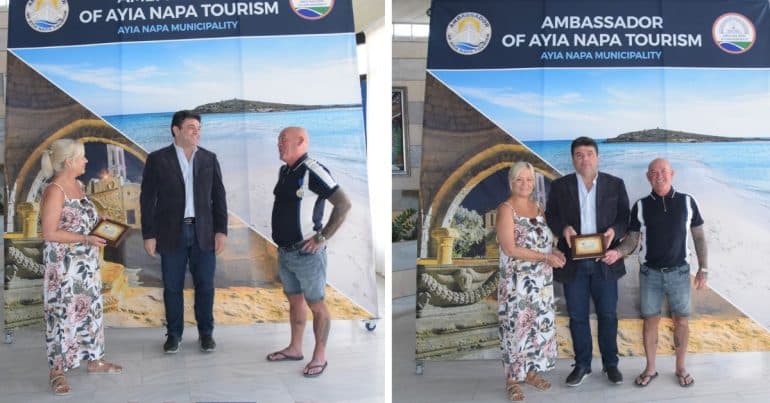 Fifty visits to Ayia Napa were made for a number of years by the British Darren and Deborah Jones and the Mayor Mr. Christos Zannettos, in a modest ceremony that took place on Monday, October 10, 2022 in the reception area of ​​the Municipal Building, they were awarded a commemorative plaque and the emblem of "Ambassador of Tourism", officially declaring them Ambassadors of Ayia Napa Tourism.

Mr. Zannettu, after thanking them for their numerous visits, which, as he said, are the strong proof of the great love they have for Ayia Napa, also noted that their special preference is a great honor for the Municipality and is the least price that the Local Authority could do in return.

The awarding of the highest distinction of the Municipality added, states that for the official authority you are not just visitors but citizens of Ayia Napa. 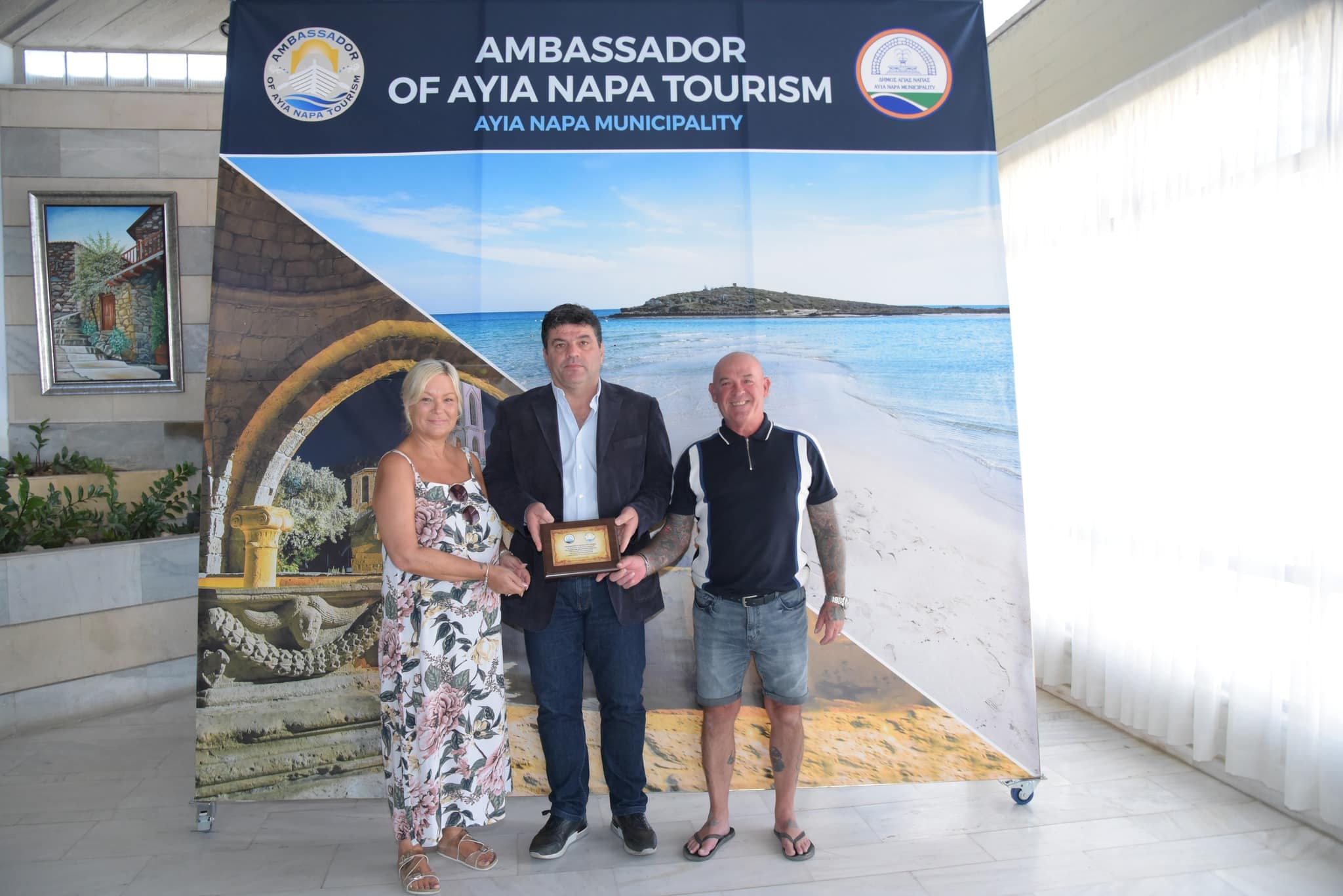 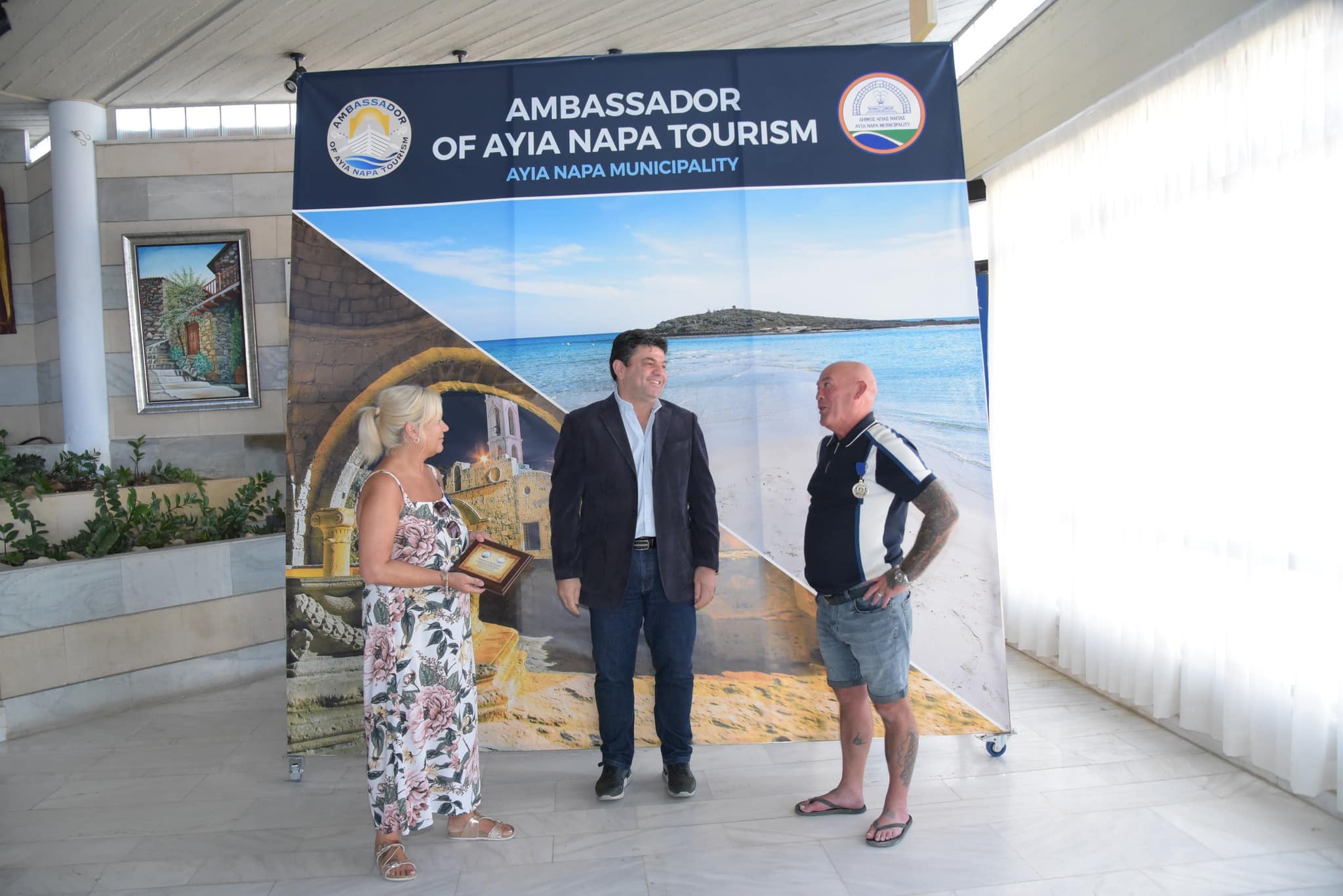 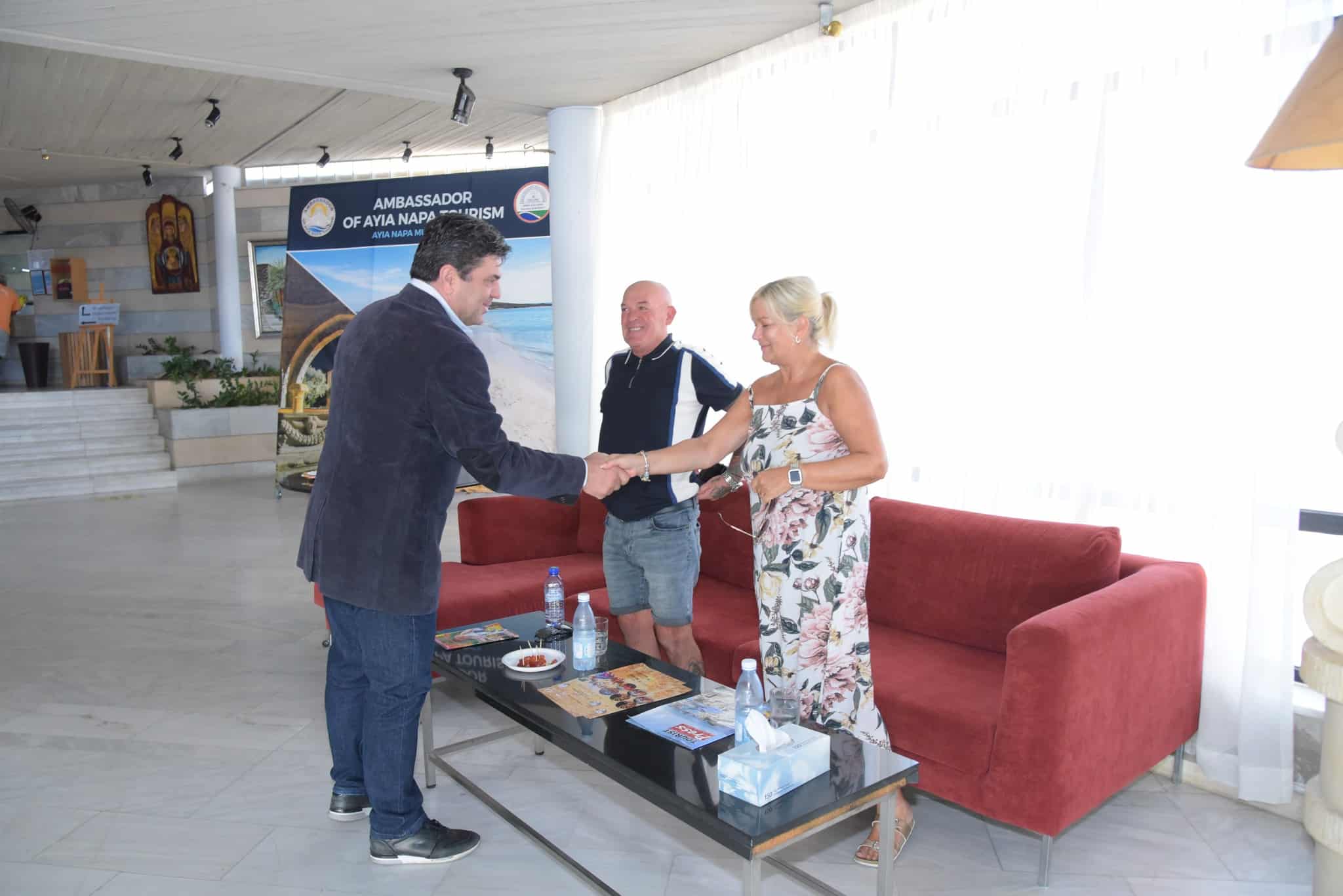 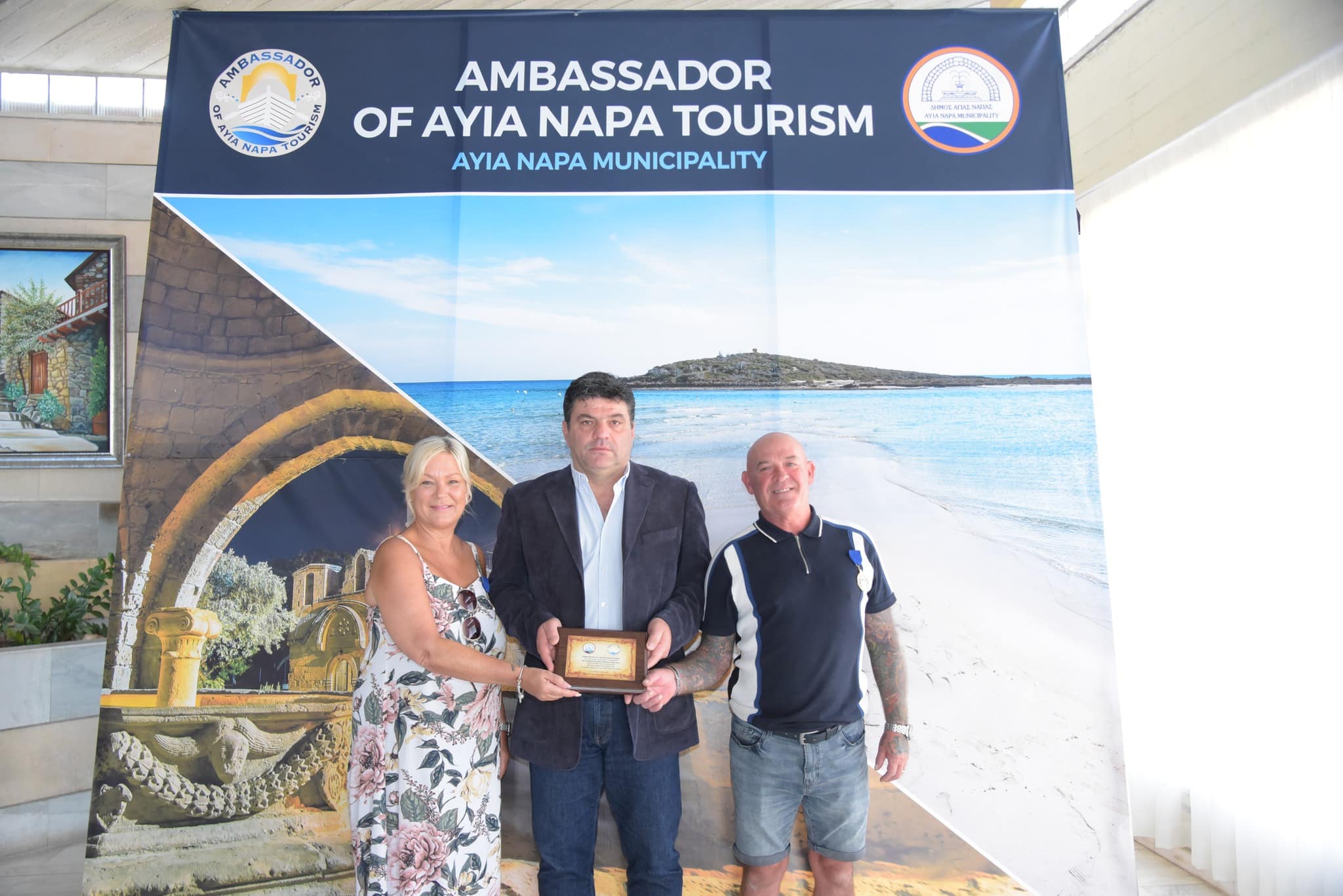