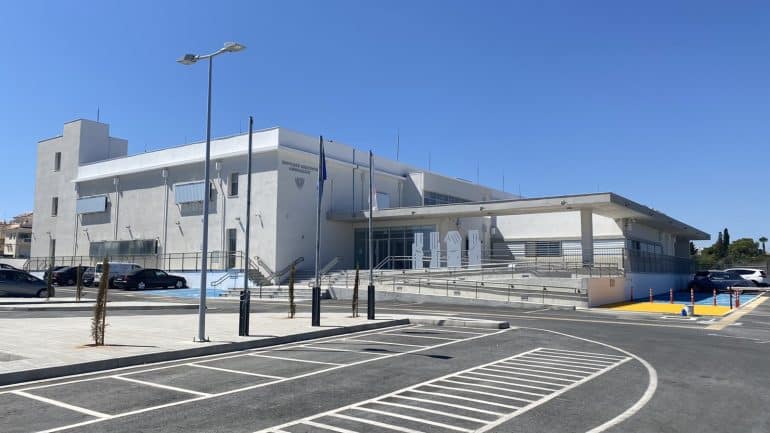 The members of the Pancypriot Bar Association today, Thursday, proceed with a warning abstinence from their duties between the hours of 9:30 am. – 11:30 am and will abstain from the work of the Famagusta District Court.

As reported by the Pancypriot Bar Association, in this way it expresses its opposition and its concern for the multiple and serious effects arising from the Adjudication of Delayed Cases (Special) Procedural Regulations of 2022 which have been published last Friday, November 25, 2022 by the Supreme Court.

The Association's position is that the only thing that is achieved by promoting unilateral solutions is to put unbearable pressure on lawyers, litigants and judges in order to proceed with the proceedings seemingly at a fast pace, as a result of which the problems in the justice sector are exacerbating even more and it is affected irreparably the rule of law and the Cypriot citizen.

This is the announcement of the Pancypriot Bar Association:

The PDS expresses its opposition and its concern about the multiple and serious effects resulting from the Adjudication of Delayed Cases (Special) Procedural Regulations of 2022 that have been published last Friday, November 25, 2022 by the Supreme Court.

The PDS has always supported and supports the adoption of a package of measures to deal with the backlog of cases and the slowness in the administration of justice.
He has taken the lead in reforming the justice system and made specific recommendations to address the problems in the lower courts. He was and will remain an advocate of its speedy award which is required in a rule of law.

It should be understood that the problem of backlogs cannot be tackled piecemeal on the basis of a philosophy that promotes express solutions, which are contrary to basic principles of law, the Constitution, EU law, the European Convention on Human Rights and the principles of Natural Justice, blatantly ignoring the role of lawyers, as collaborators of justice, in the judicial process.

All that is achieved by promoting unilateral solutions is to put unbearable pressure on lawyers, litigants and even judges to move the proceedings seemingly at a fast pace, thus exacerbating the problems in the justice sector and irreparably damaging the rule of law. and the Cypriot citizen.

It therefore becomes clear that the trial of cases and the administration of justice under duress will inevitably lead to the dismissal of a large number of cases with the sense of injustice in civil society intensifying.

The position of the PDS is that the issue of backlog cases cannot be resolved by the application of oppressive regulations but by the application of comprehensive measures, structured adjudication practices while simultaneously taking parallel measures such as the increase of judges, the appointment of retirees, recorders from the ranks of lawyers, the amendment of the Law on Courts for referrals to mediation and arbitration, the introduction of ODR, the recording of proceedings and the specialization with appropriate distribution of cases. These, furiously, are also the recommendations of European bodies that never adopted the piecemeal approach to the problem but instead suggested that the problem of delays should be addressed by taking a package of measures.

In the context of the cooperation of the PDS with the Supreme Court, a meeting was held on 7/11/22 with the administrator-coordinator to prepare proposals to deal with the backlog. Stelios Nathanael, at his request, without a specific text being put before us.

In fact, following this meeting, the President of PDS, Dr. Christos Cleridis, in a letter to Mr. Nathanael, dated 9/11/22 requested that the draft text of the said Regulations be sent to the PDS for comments and observations before it is published. Additionally, the PDS request for a meeting with both the President of the Supreme Court Mr. Antonis Liatsos and Mr. Stelios Nathanael is pending.

The Board of Directors of PDS, in its extraordinary session, on Monday, November 28, 2022, decided the following:

The above measures are taken with the aim of the immediate suspension of the Regulation in question. In case there is no response, the PDS reserves the right to escalate the measures with stronger mobilizations.

The parties involved should demonstrate a substantial will to promote actions aimed at coordinated, comprehensive and effective management of the backlog.
Finally, the PDS states that it was and is ready to continue the substantive dialogue. In no case, however, should the lawyers be considered the scapegoat in relation to any decisions taken to deal with the backlog.

It is obvious that while a package of measures has been pending since March 2018, in accordance with the recommendation of the Irish experts, we observe that, instead of the package of measures, the Supreme Court has tried to "solve" the problems with procedural experiments that have been tried and failed, while the substantive measures are constantly postponed. Unfortunately, experience has shown that problems are not solved by practices and procedural institutions of the Supreme Court.

On these matters of major importance, the state cannot remain apathetic as at the end of the day the quality of justice, which is a basic component in a privileged state, is seriously affected.

On behalf of the President and the Members of the PDS Board of Directors."