Complaint by N. Prodromou: "Chaos at the Welfare Office with asylum seekers" (VIDEO) 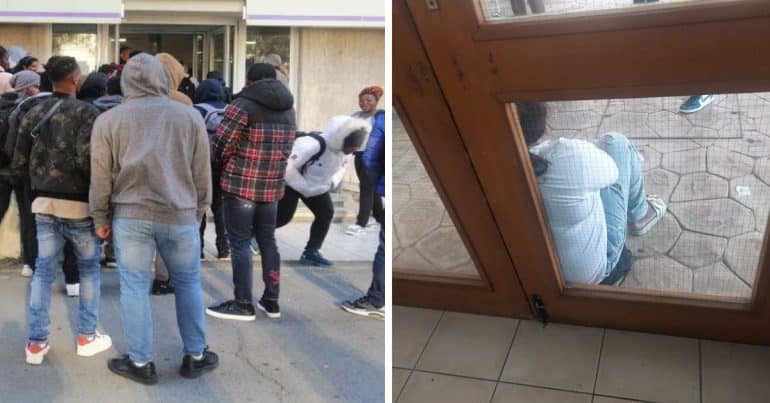 Asylum seekers created chaos outside the Famagusta welfare office on Tuesday 20/09 according to the public complaint of the President of the Hunters Movement, Mr. Nikolas Prodromou.

Hosted on the SIGMA show, Protoselido, Nikolas Prodromou, was asked to comment on the incident he experienced and made public from his personal Facebook account, when asylum seekers locked him inside the Famagusta welfare office.

As Nikolas Prodromou said on the show, "When I went to open the door, a tall, husky man was pushing the door, so he wouldn't let me go to do my job."

Based on the words of Mr. Nikolas, what shocked him was that "A pregnant woman, around 7-8 months, put her belly against the door and challenged me to push". Mr. Prodromou added irritated "What would you do to me the next day, if I opened the door? You would put me up against the wall."

The tardiness of the Police

Clearly upset, he mentioned that there was a long delay by the Police "What security does the police provide? 40 minutes had already passed and we were waiting for the police to come" emphasizing that "the nearest Police station is 2 kilometers from the Welfare Office".