"Not long ago, her husband died and then her son, and she thought it was the Virgin Mary's fault" 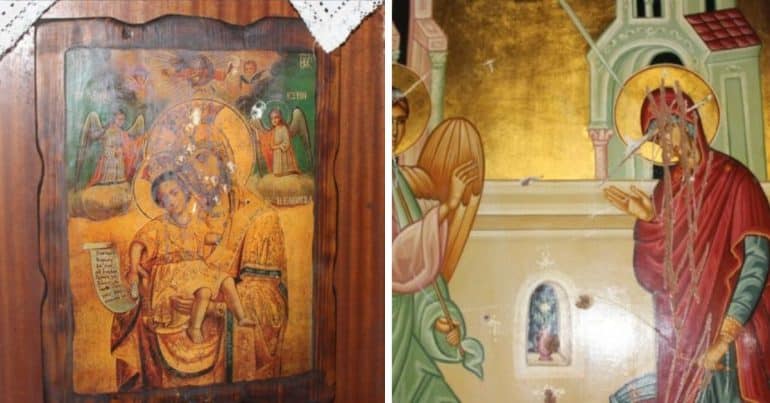 Destruction of icons took place on Friday in the chapel of Panagia Evangelistria in Xylofagos.

According to the facts, a Greek Cypriot entered the church and destroyed icons of the Virgin Mary with a crowbar. The British Bases Police proceeded to arrest and interrogate the woman.

The head of the community Georgios Tassos was hosted in Protoselidos, who said that the vandalism has upset the whole community. "This lady has been arrested and I hope she is brought to justice." He added that "the desecration of our Church and icons is condemnable. In this holy place, I have never heard of someone desecrating our Virgin Mary in this obscene way." He clarified that the desecration concerned exclusively images of the Virgin Mary. 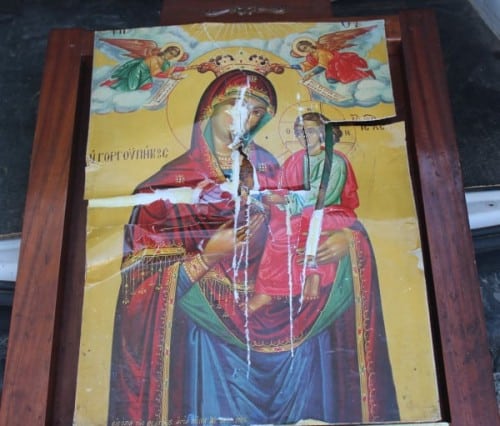 The priest of the community reported that this particular lady had a problem with the Virgin Mary. "According to testimony, not long ago, her husband died and then her son, and she thought it was the Virgin Mary's fault."

He added that he was hitting the icon of the Annunciation with an iron and then other smaller icons. "There was another girl with her child at the scene and as soon as she heard the noise and the cursing towards the Virgin Mary, she left the chapel. We hope god has mercy on her. Its purpose is not befitting a man who had his brakes intact." 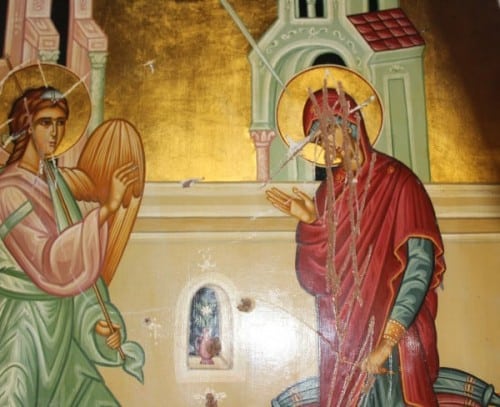 Also, Pater mentioned that the girl was so hurt. "God forgive her, we don't hold grudges. What we ask, if she listens to us, is that it doesn't happen again."

He noted that the images are of inestimable intellectual value. "The whole world is going through difficulties and if we go with this reasoning, we will all be holding an iron rod and hitting mercilessly. I wish that the woman's pain will go away, that she will realize her mistake and ask for repentance from the Virgin Mary".

Pater clarified that as a Church they will not make any complaint on the condition that something similar does not happen again. "The legislation also provides for imprisonment, but that is not our goal. The purpose of the Church is love." 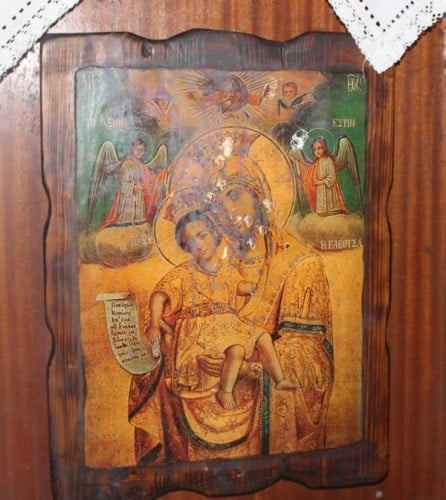 Finally, he mentioned that the testimony held by the Police shows that this particular girl was shouting that she would continue to other Temples.