Kleanthis Koutsoftas: Answers to 7 + 1 questions about his candidacy (INTERVIEW)

DISY MP Candidate in Famagusta, gives his own answers in view of parliamentary elections - His message to the world 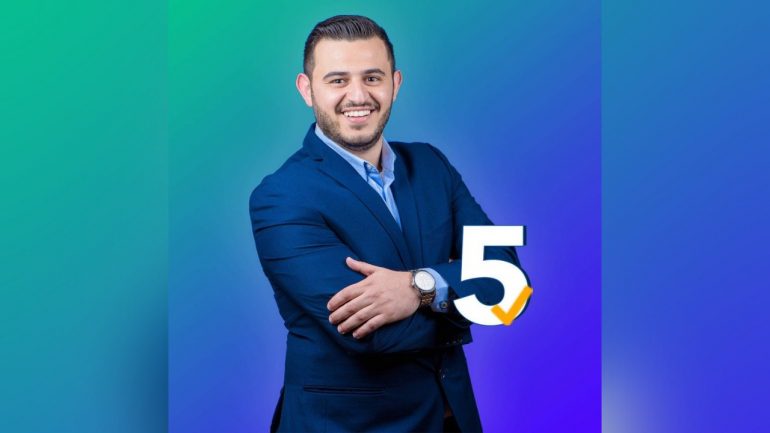 He gave an interview to Famagusta.News the DISY MP Candidate in Famagusta, Kleanthis Koutsoftas.

Through 8 questions, he gives his own answers about his candidacy, his views and his message to the world.

Why did you decide to run in the upcoming Parliamentary Elections?

I made this decision with confidence, because I firmly believe that the political system as we know it has come full circle. It needs to be changed and renewed.

It is time to look ahead and claim what we deserve, to bear the historical burden of responsibility and not expect others to do it for us. With my weapon a new understanding of the political philosophy and mentality, with dynamism and hard work, I can strengthen this effort by entering the Parliament.

I made this decision because I feel ready to represent the Cypriot citizen of modernization and the one who seeks solutions to our daily problems. At the same time, I enter the "political arena" without seeking political benefit, but to assist in the need to solve small, visible and glaring problems.

What do you think are the most important issues that should concern the new composition of the House of Representatives?

I have prepared with my team a package of proposals that covers all areas of our lives. So, I do not prioritize some of my proposals, I will prioritize my election, all my proposals, which have been published on my website. You can also find them in electronic form .. (PRESS HERE)

Turkey has recently hardened its stance on the Cyprus settlement negotiations. This in combination with the provocative actions of the pseudo-state and Ankara for the settlement of the enclosed Famagusta, show on the one hand a blatant violation of international law and on the other hand intensify their provocative and rigid stance. What is your position?

Such claims and conduct, which were also presented in Geneva, can in no way be accepted, as they contradict the relevant resolutions of the United Nations and are outside the agreed solution framework and terms of reference of the Secretary-General. Thus, the international community, and in particular the European Union, has explicitly rejected the above claims and attitudes.

Turkey must finally change its mentality and show a constructive attitude towards a lasting solution, fair, sustainable and functional.

This is the debt we have to pay to those who fought and gave their lives for the homeland, to those who left with anticipation, to those who were born in exile, to every citizen of this place.

We must continue to do everything possible to prevent any illegal actions by the occupying regime and to protect occupied Famagusta, which has been awaiting the return of its displaced inhabitants for almost 47 years, as international law states in the United Nations Resolutions. provide.

At the same time, we must continue the struggle for the final end of the occupation, for the liberation and reunification of our homeland and the restoration of the human rights of all refugees, through the finding of a just, sustainable and workable solution.

The province of Famagusta has been hit hard, especially recently by the crisis caused by the pandemic. The tourism and agricultural sectors have suffered incalculable damage with social consequences also being evident. What should be the task of the new parliament in support of free Famagusta?

Our province has suffered the biggest blow of all the provinces. The development of a new economic development model should be placed on the priorities of the new parliament. With the help of the legislature, Cyprus should strengthen the competitiveness of our economy to become innovative and with new productive sectors, in order to preserve the medium and long-term sustainable growth, while creating new jobs.

This is a process that should not be stagnant, but should be constantly strengthened with new ideas and actions, adapting our economic ecosystem to the rapidly changing international environment and addressing emerging challenges.

Cyprus has not satisfactorily developed a particular advantage that differentiates it significantly from its competitors in terms of alternative forms of tourism. Tourism can, and should, be a means of highlighting the Cypriot territory, but also to stimulate the promotion of local identity through a rational planning with the active participation of the local population, thus contributing to the redefinition of the country's tourism activity.

Regarding agriculture, if I manage to be in the seats of Parliament I will set as my priority, the investment in agricultural technology (agrotechnology):

- In collaboration with local universities and related bodies, implementation of programs for obtaining agricultural degrees of high technical specialization, so that young people develop skills and training required to meet business needs.

- Students should have the opportunity to gain work experience relevant to their degree, with a year of internship in the industry (eg training on farms or companies implementing agro-technology solutions).

- Provision of financial sponsorship to young people who wish to study agriculture either in Cyprus or abroad.

I will also propose the introduction of a mixed model of Agricultural Insurance, where the state undertakes 50% of the damage, the preparation of new plans and incentives for the activity of new or new farmers and finally the reduction of the time for payment of compensation due to losses.

By what criteria would you like the voters to elect the 56 deputies?

My kind request is for the voters to look for all the candidates without exception and to support the really capable ones, who will represent them worthily in the parliament and will restore their pride. The setback will be catastrophic.

All candidates and parties refer to the change. What does change mean to you?

Change for me is renewal. As I said before, the political system as we know it has come full circle and we need to refresh. Thus, the role of young people is not to fill out ballots.

I believe that the time has come for us, the new generation, to take the future into our own hands. A future that suits us, our children and our crippled homeland.

It's time to wake up from the lethargy of apathy and the cell phone screen, leave the couches and cafes and roll up our sleeves.

It is time to look ahead and claim what we deserve, to take on the historical burden of responsibility and not expect others to do it for us.

I want to put this energy and mental reserve in politics the day after the elections. With new concepts, modernized proposals, dynamism and diligence. Simply and truly to do what we want.

What will be your first concern in the event of your election?

My great goal is to strengthen the effort to change the political culture and philosophy. I want to be the voice of the people in parliament, to hear loudly what the citizens themselves cannot say. Without many words. But my personal priority is for the new generation to return to politics. To change the terms, to pave the way for the next generation.

My goal is that in five years, from today, young people will have much more motivation and more opportunities to claim their own role in politics.

What is your message to the voters?

That we must exercise our right to vote by studying all the candidates carefully and with objective criteria. I also want to send the message that abstention is not the answer.

I belong to a generation that pays for mistakes for which it is not responsible, so I can more easily understand justified political discontent, but abstention is not the solution. It is not a solution for others to decide for us.

At this point, however, I would like to emphasize that young people are interested, the myth of the de-ideologicalization of the new generation is being debunked by the young people themselves. The youth intervenes, expresses a political point of view, does not stay on the sidelines of developments and claims the dream for the future.

Most of the time, hearing the word young removes its relation to politics or any political intervention. This is because the abstention in the ranks of the Youth is huge. One can say justifiably because of the surrounding atmosphere around the word politics. However, this is not the case, the young people are participating and asking through the ballots of the upcoming parliamentary elections, the rejection of the dehydrated political discourse.

As long as political philosophy remains the same, the new generation rejects it. This boredom can be curbed by the young people themselves by strengthening the institutions of participation and their political intervention. 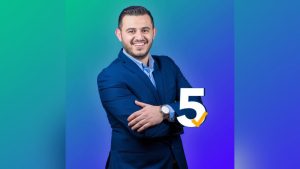 I was born and raised in the province of Famagusta and specifically in Paralimni on September 29, 1992. In 2007 I was elected President of the Cyprus Children's Parliament. Then in 2009 I was president of MA.KI Famagusta (Student Movement) and at the same time a member of PSEM (Pancyprian Student Coordinating Committee).

In the high school of Paralimni, in addition to the knowledge and education that I was nurtured, I made real friends, with whom I maintain excellent relations to this day. I was the president of the Lyceum in 2009-10.

After graduating from Paralimni High School in 2010, I had the honor of serving in the Expeditionary Forces and successfully completing my term in 2012. Unsurprisingly, the proud Expeditionary Forces taught me to never give up on my goals and fight to the end for them.

Then, from 2013 until 2016, I studied law at the University of Essex. During my student years I was president of the Essex Cypriot Society in 2015, representing Cypriot students and contributing in various ways to the promotion and promotion of the Cypriot tradition.

After completing my studies in 2016 and with my descent to Cyprus I started to practice Law. Since 2017 I have been serving NEDISY from the position of Provincial in Famagusta. From this place, I met people who live in the Province of Famagusta, but also our refugees who live in the other provinces. At the same time, I have to show important charity work.

Through my profession, my studies and my trade union activities, I believe that the time has come to build a renewed relationship between politics and youth, giving "a place to anger" and a right to dream. 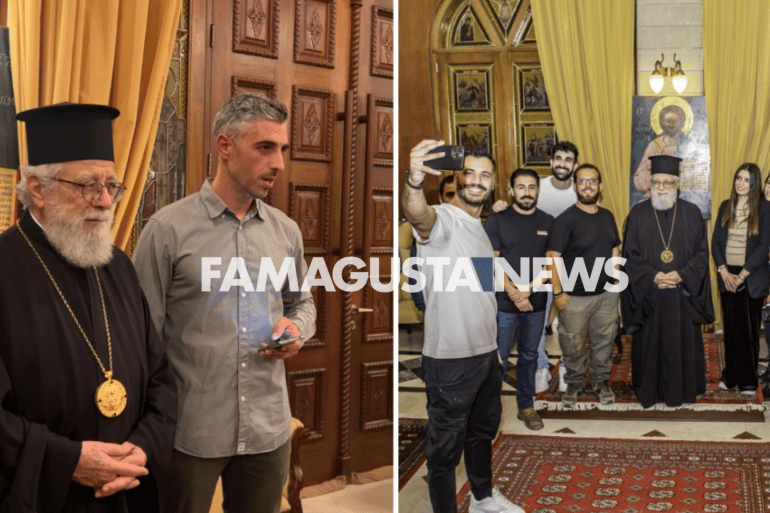