Konstantinos Odysseos: We can become powerful - Not in "Divide and Reign"!

How many municipalities are in the free area of ​​Famagusta, with the reform? The answer is: ONE. 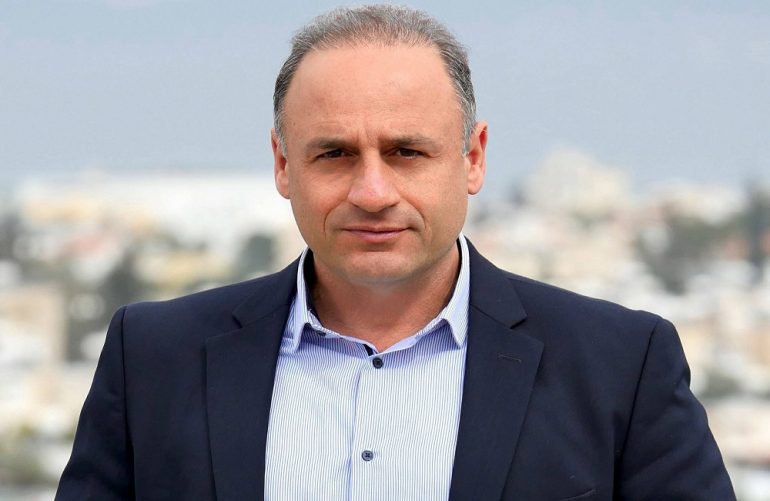 Konstantinos Odysseos is the general director of ANTENNA, screenwriter and playwright. Among other things, he has written countless political articles, both on his personal website and on social networks.

Recently, on his personal website, he made a statement regarding the Local Government Reform in the Free Province of Famagusta.

Read his article as it is:

How many municipalities are in the free area of ​​Famagusta, with the reform? The answer is:
ONE, economically powerful municipality, which has a strong voice in the ears of the central government and in the decision centers, so that its demands are taken very seriously and not ignored, as has happened with the municipalities of our region several times in the past.

The scenario for three municipalities, two tourist and one rural, serves purely partisan expediencies and it would be a disgrace if they came up with such a decision. Because the rural municipality will be literally the poor relative, the beggar who will constantly ask for alms from the state.

The scenario for Paralimni to remain as it is today and for the other municipalities and communities to unite with Ayia Napa, is nothing more than the absolute implementation in practice of "divide and rule". Instead of having a powerful municipality, we will have two less powerful ones, who will compete with each other and if they decide to cooperate on some issues, it will be a cooperation of suspicion and competition, a lycophilia.

I, the "foreigner" from Nicosia, who got married in Paralimnita and decided to live with my family in this area that I love so much (although my job is in Nicosia), I tell everyone who lives in the free area of ​​Famagusta that you I consider them all my brothers. We have nothing to separate, we are the same.

We must not allow either the parties or some of our ambitious fellow citizens to divide or partition our region, at a time when local government will gain more power and much more importance as an institution. Do not allow partisan and personal interests to make us rivals and weak against others.

We live in one of the most beautiful areas of the planet and we must all work together to make this area known worldwide as a tourist destination, primarily by upgrading our tourism product, an upgrade that we will be able to ensure with a strong common economy, common planning , a common vision for the future.

THE FREE AREA OF FAMAGUSTA IS ONE!