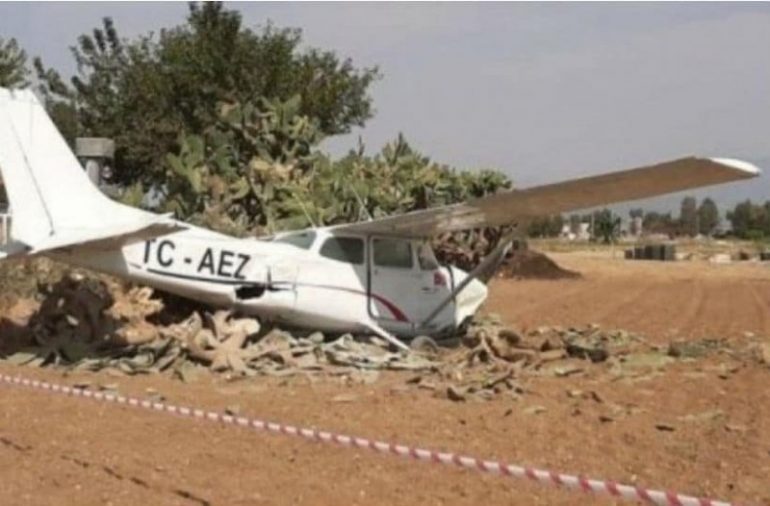 A special team of technicians from the Turkish Civil Aviation Authority arrived in the occupied territories this morning to assist in the investigation of its causes. accident yesterday with the explosion and crash of a small training aircraft near the airport runway in Lefkonikos, which resulted in the death of the two experienced pilots.

According to the Turkish press, 46-year-old Serkan Ozcezarli and Hakan Cetinkaya were experienced pilots and had flown the aircraft to Italy, where they had been trained for two months. Zeki Ziya, the "president" of the "Federation of Aviation Sports", said that the Italian-made ICP Ventura ultralight aircraft, two-seater, was to be used for the shooting of a Turkish film entitled "The Bride's Future".

According to reports from the occupied territories, the team of experts from the General Directorate of Civil Aviation of Turkey, which started the investigation of the accident in the morning, consists of two people from the accident team and its head, Kemal Bagzibagli, stated that it takes 3 days. gather the necessary information. The cause of the investigation into the causes will be ready, he added, within a month.