"Do not sleep. Wait for me and I will come early. And tonight I will not tell you a fairy tale, but a great story and then we will sleep in each other's arms ". 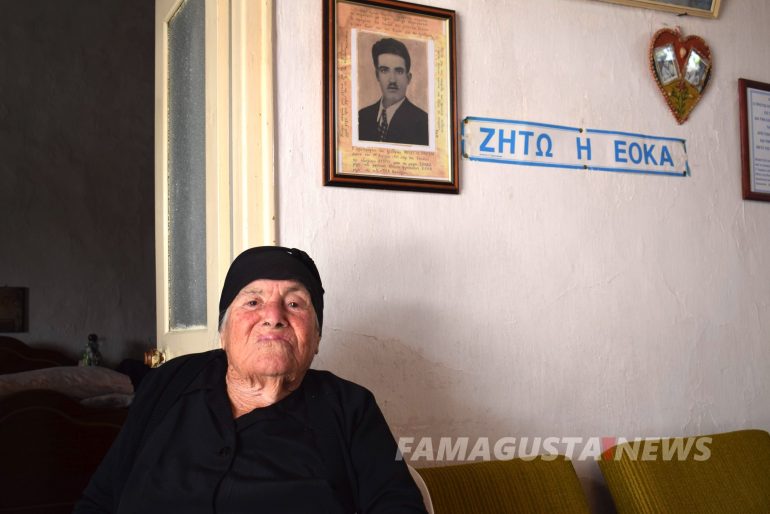 In the early hours of Friday, April 1, Karios and Pantelis are preparing to carry out the operation, as assigned to them. Although they took their own measures and wore rubber gloves and shoes, the torrential rains that night were what led to the sacrifice of one of the two.

Watch the interview given to Famagusta.News in 2018 by the wife of Modestos Pantelis, Apostolos.

Sixty-six years are completed today by the sacrifice of the first witness of the National Liberation Struggle of EOKA Modestos Pantelis in Liopetri. A sacrifice that heralded the beginning of the Struggle of the National Organization of Cypriot Fighters. A heroic figure to this day is his joyful wife, Apostolos, who, like a Spartan, raises, despite her ninety years, the stature and the flag of the struggle and still keeps alive in her memory the night of her husband's sacrifice. 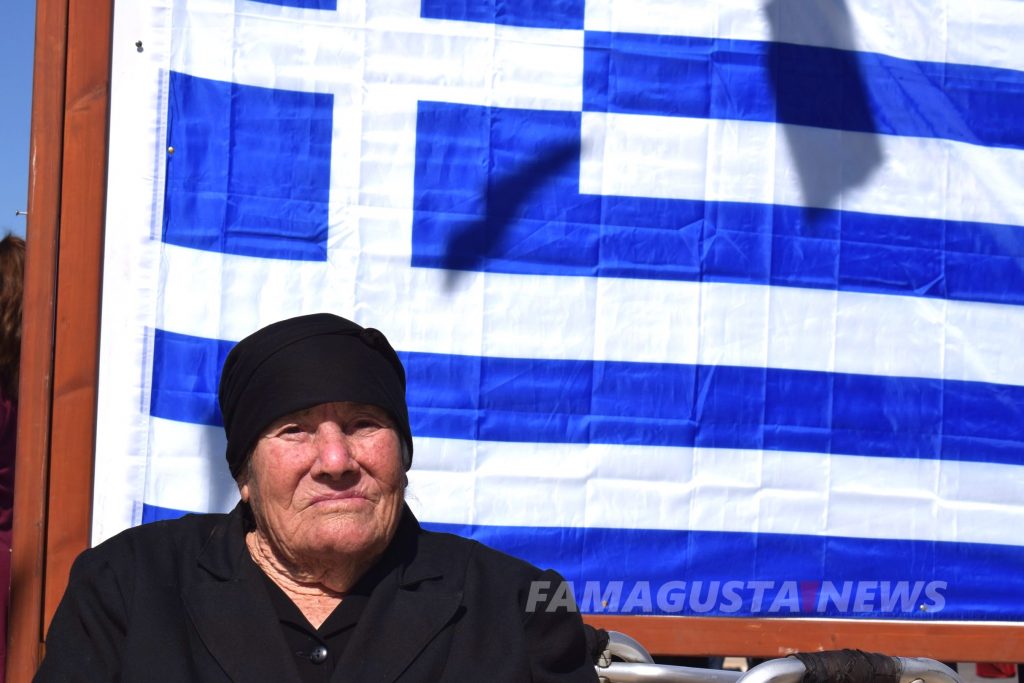 As Apostolou recalls, that Thursday night, March 31, 1955, the then 31-year-old Modestos went to the Liopetriou Community Association and met with his brother, Panagiotis. He then returned home and told her: "Send, dress up to go to the cinema". She began to prepare, but before she could finish, Modesto told her: "Stay another night to go to the cinema, because tonight there are no tickets for women. Only for some men it has. Let's go another night and get the babies too ". 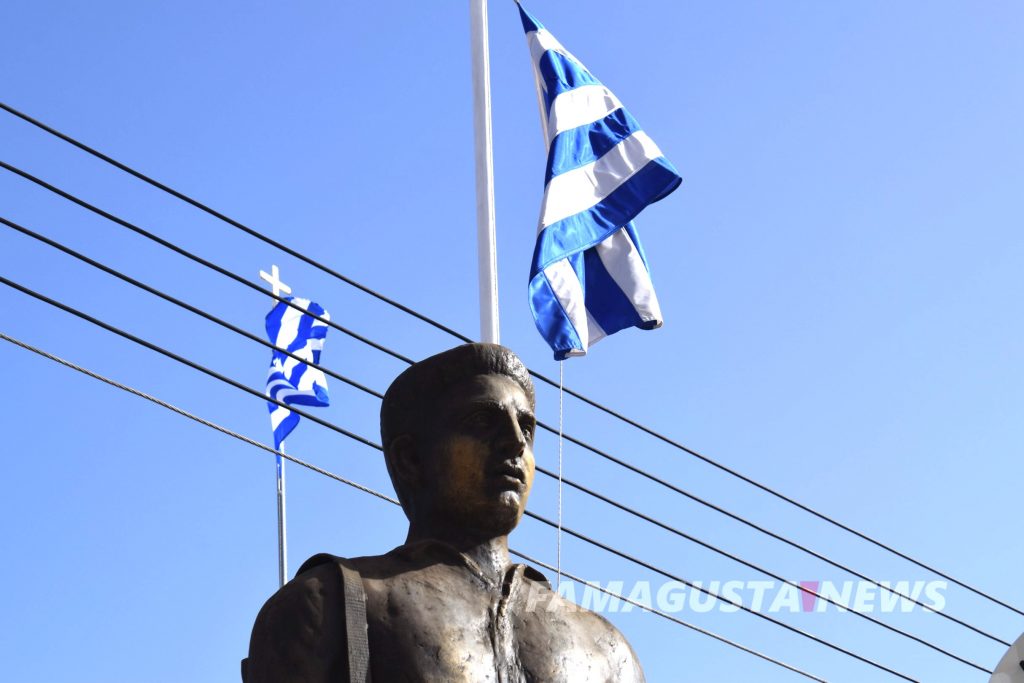 At that moment, as Apostolou narrates, the door slammed and he heard a voice shouting at him: “Are you ready? Come on, let's go… ”. Then, he bent down and kissed the babies, Panagiotis, who was three years old, and Pantelis, four and a half years old, and told them with an unprecedented affection: "Don't sleep. Wait for me and I will come early. And tonight I will not tell you a fairy tale, but a great story and then we will sleep in each other's arms. ". 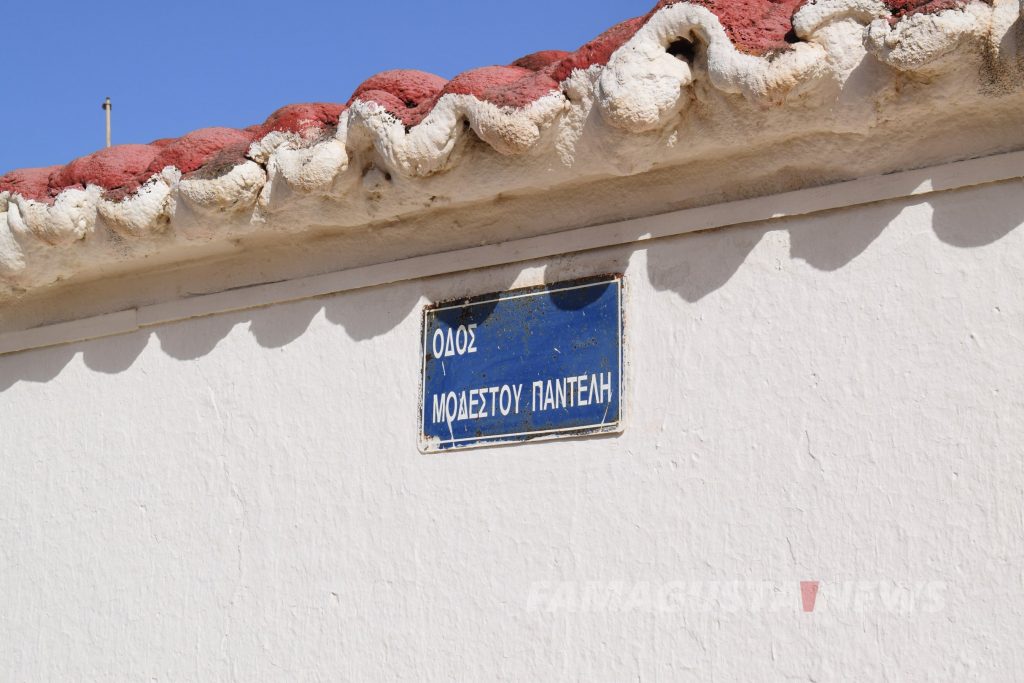 "Then he put us all in his arms and said goodbye. The car that was going to take him out was on the road and was waiting for him with the engine on. It is believed that the car that transported him belonged to Grigoris Afxentiou ". 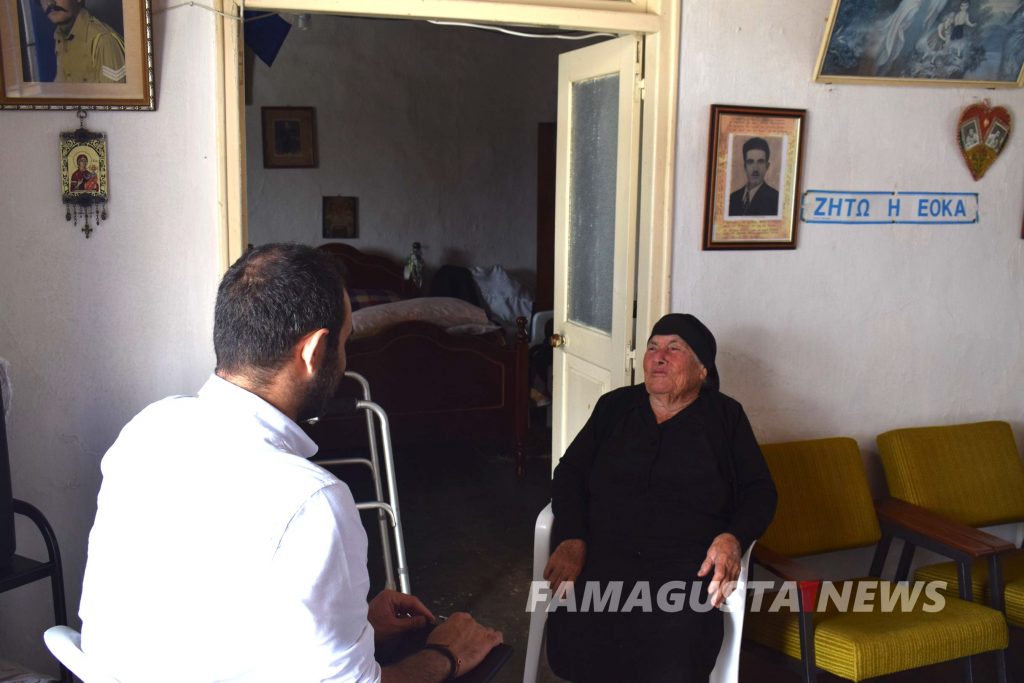 "I", Apostolou continues, "anticipating what was going to happen, I did not turn a blind eye. Kyriakos's twin brother, who knew where he was going, kept coming and going to our house and asking me if Modestos had come. When dawn broke on Friday, April 1st, Kyriakos came again and asked me for the last time if Modestos had come. When I said no, then he put his cross and said: “My Lady, why did he not come? "It should have come by now." 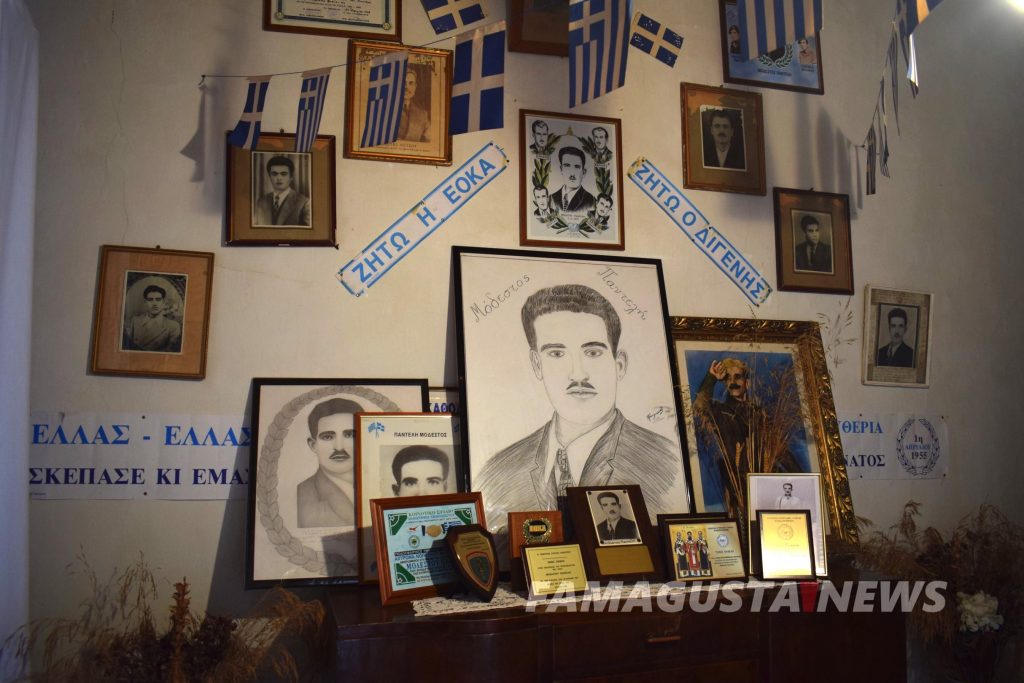 Kyriakos' brother left the hero's house and returned shortly after, bringing with him the bad manta, telling the children: "Your priest went to cut off the electricity and was electrocuted and killed."

"We all started crying", Apostolou narrates. "The babies were shouting and looking for their father. Within a few minutes, the manta was learned throughout Liopetri. The house was full of people who came to support us. His funeral was held on April 2, in the presence of a large crowd. The funeral was performed by Father George from Sotira, with whom Modestos was a friend and competitor in the Race ". 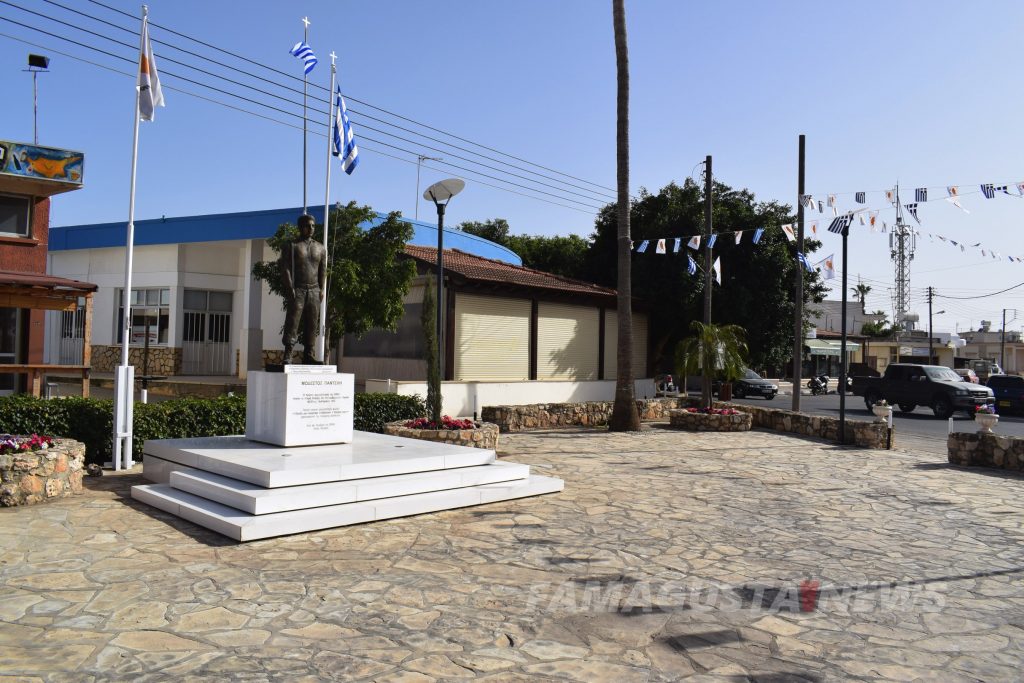 It keeps his memory intact

One can only get a thrill from his visit to the house of Modestos Pantelis, which is located today on the homonymous street of the heroic village of Liopetri.

Their room is still intact, with the blue and white flag covering the bed, as requested by Modestos: "When I die, cover me with the Greek flag", he often said, feeling not only his sacrifice, but also that he would be the first to be sacrificed. "He had a special love for Greece", tells us the black-clad Apostle, who, despite so many years of hardship, with a bitter smile brings back to her memory those sweet last hours with her husband. The pauses and tears that watered her tormented face during her attempt to tell us the last time of her farewell were frequent. "I forget", he said, staring at the dozens of photos posted on the wall and in their room.

The proclamation of the Struggle

The operation to cut off the power was planned by the then head of Famagusta, Afxentiou, following an order from Chief George Grivas Digenis. EOKA fighters Modestos Pantelis, from Liopetri, and Andreas Karios, from Avgorou, would cause a short circuit in the high voltage power line, which passed through the neighboring villages of Avgorou and Liopetri and supplied the surrounding areas. This action would mean, on the one hand, the start of the National Liberation Struggle, on the other hand, it would help the other fighters in their missions in the region.

In the early hours of Friday, April 1, Karios and Pantelis are preparing to carry out the operation, as assigned to them. Although they took their own measures and wore rubber gloves and shoes, the torrential rains that night were what led to the sacrifice of one of the two.

After several attempts, they manage to pass the rope with the chain on the electrical cables to cause sabotage. Modestos was electrocuted and died instantly. Carrios suffered severe back burns when he came in contact with the wet rope.

Poem by Pantelis Kakolis for Apostolos

The armies, cannons, and mortars do not benefit you
the moral if high
gums are roaring and talking
the courage of the man.

On April XNUMX, a decision was made to fight
Modestos said "present"
with the mind clear
yes the cold in the stoman.

Your husband was called on March XNUMXth
without saying where to go
I was told that he loves you
yes in time it will come.

You told him, "Good night, our babies."
to the scepter of God to go
but either when or on them
to subdue. "

Your husband was put in the Pantheon by the Homeland
we have you in us
model of good life
you are a heroine.