LIOPETRI: The foundation stone was laid in the Liopetri River by President Anastasiades (VIDEO+PICTURES)

The foundation stone for the Liopetriou fishing shelter was laid - With references to blessed Kyriakos Trisokkas, President Anastasiades - See video and photo report from the ceremony 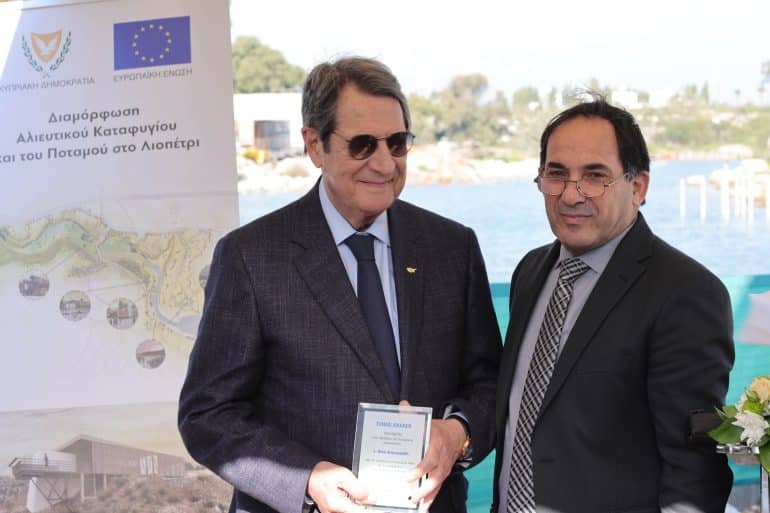 One of the largest infrastructure projects related to the fishing sector of Cyprus was founded today, Sunday, January 22, 2023, by the President of the Republic, Mr. Nicos Anastasiades. This is the upgrade project of the Liopetriou Fishing Refuge, the implementation of which was a constant request of the professional fishermen of the area. 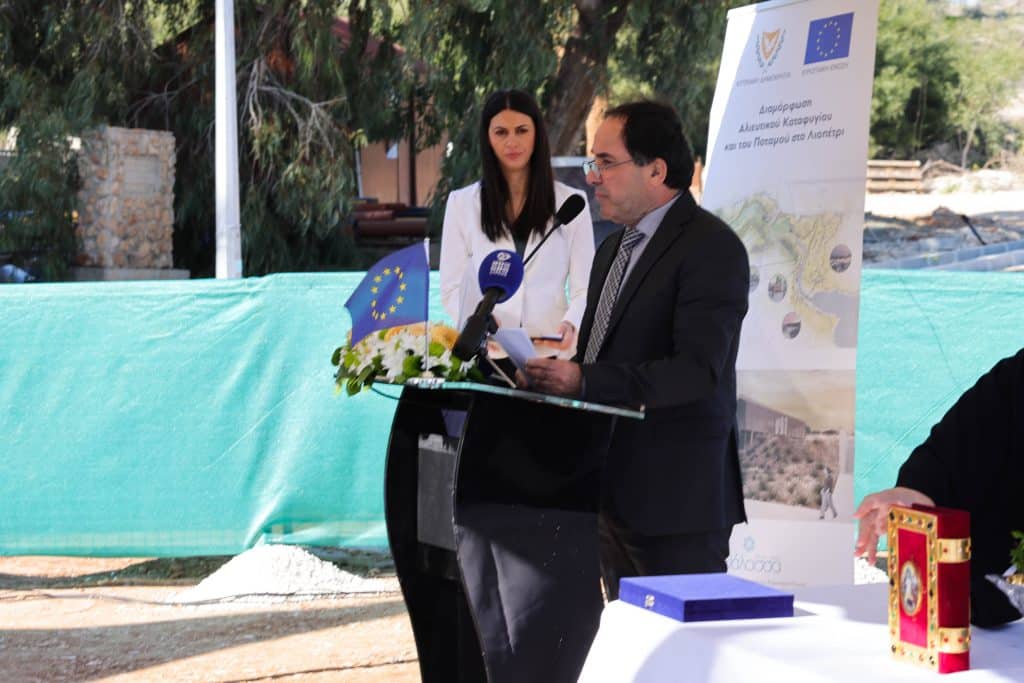 Simultaneously with the construction of the fishing shelter, the construction of the surrounding area will also take place, which will contribute to the protection and promotion of the natural environment of the Potamos area and will be a pole of attraction for the visitor, offering him services and alternative ways of recreation. A series of basic infrastructure projects will be created, such as a fishing education center, a place for organizing cultural events, a pedestrian path, a bicycle path, parking areas, etc. 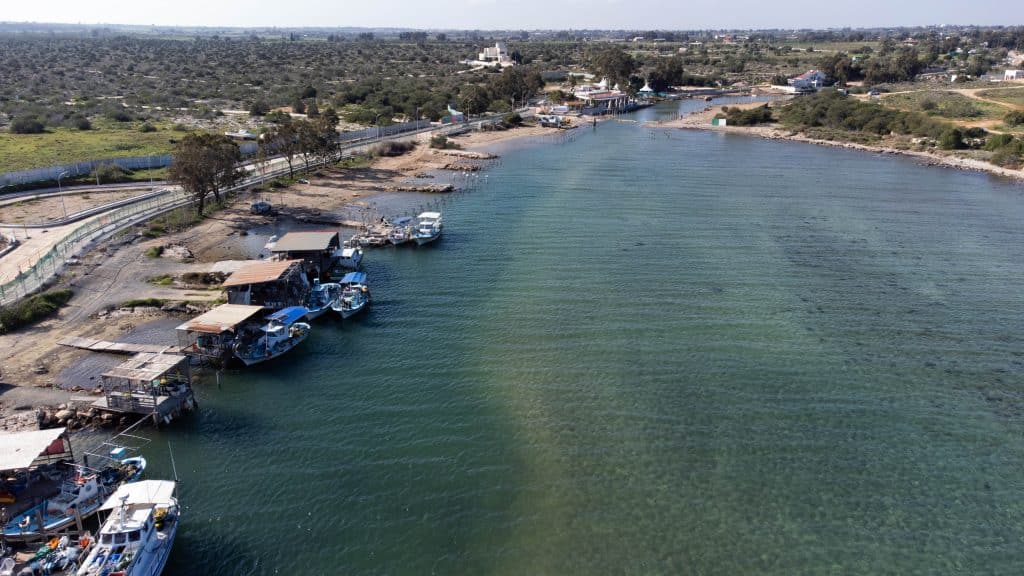 Architects of the design project of the Fishery Refuge and the River are the Architectural Office B. Iereidis and Associate Architects. The works, which are expected to be completed in November 2023, were undertaken by the Lois Builders Ltd. The project implementation coordinator is the Department of Urban Planning and Housing of the Ministry of the Interior and the owner is the Department of Fisheries and Marine Research of the Ministry of Agriculture, Rural Development and Environment. 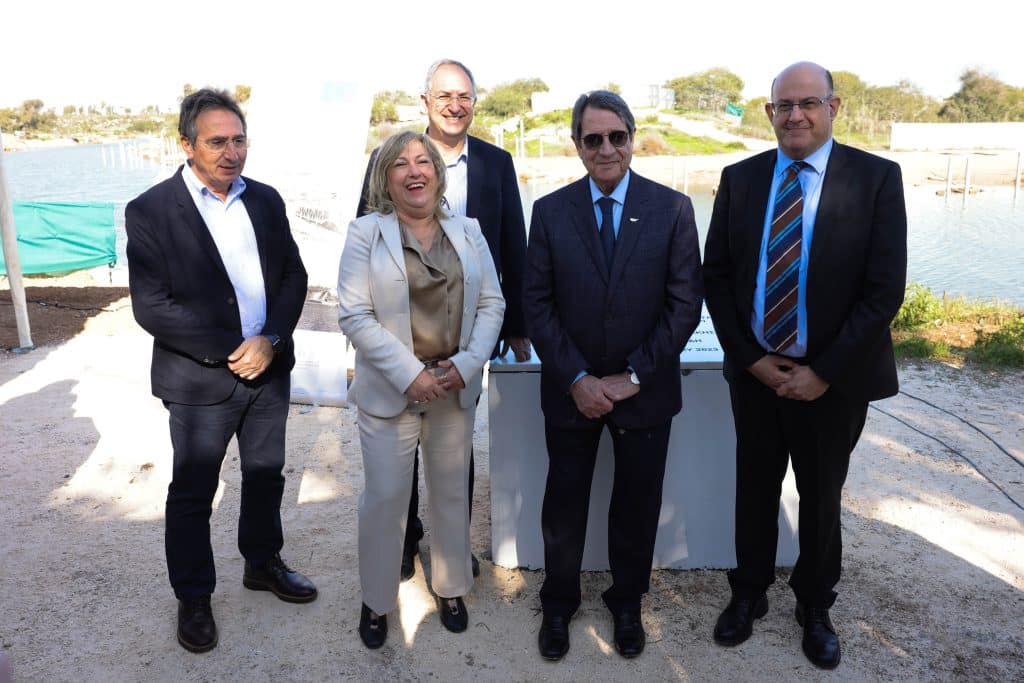 The cost of the work amounts to €11 million and is co-financed by the European Maritime and Fisheries Fund 2014-2020 (75% from European resources and 25% from national), effectively contributing to the sustainable development of our country's fisheries. 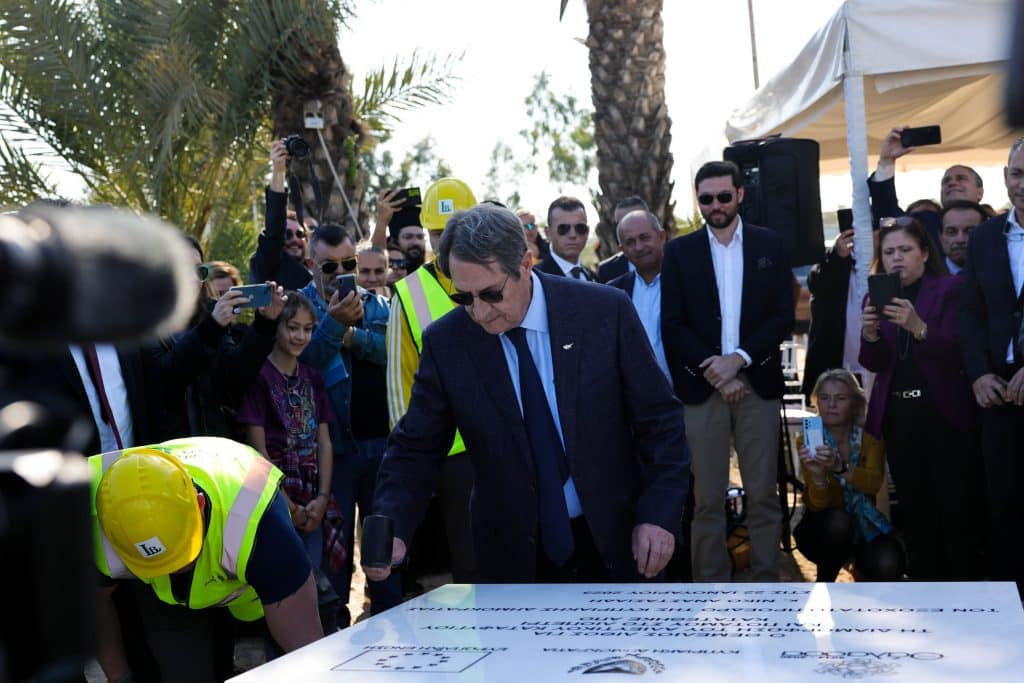 "It is really with great joy, but above all satisfaction, that I lay the Foundation Stone of the project to renovate and shape the fishing refuge in the Liopetriou River.

I would like to mention my friend Kyriakos Trisokka, the man who envisioned and through the unanimous opinion of the community councilors, persistently tried to convey the message that it was a cutting-edge project that would really change the life of the area and you are all witnesses of it progress achieved despite the fact that due to the corona virus and other consequences of the corona virus there is a relative delay in the implementation of the project, However, from what I am informed by the Minister of Transport and the Minister of Agriculture and the Urban Planning Council on the part of the Ministry of the Interior, we hope that in November it will be ready, so that this jewel depicted in the mock-up is a reality. 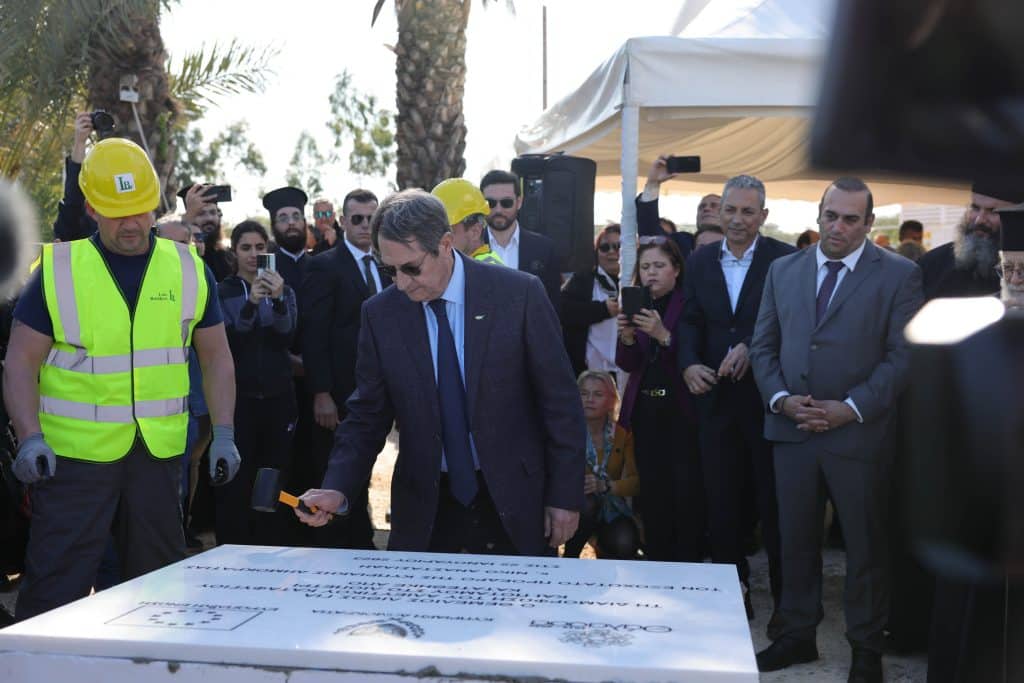 I want to plead with the contractor company, a very reliable company to strictly adhere to the schedules so that we can achieve within the time frames, what we have committed to be done and with the foundation today is an additional commitment to deliver the project in the predetermined new time . 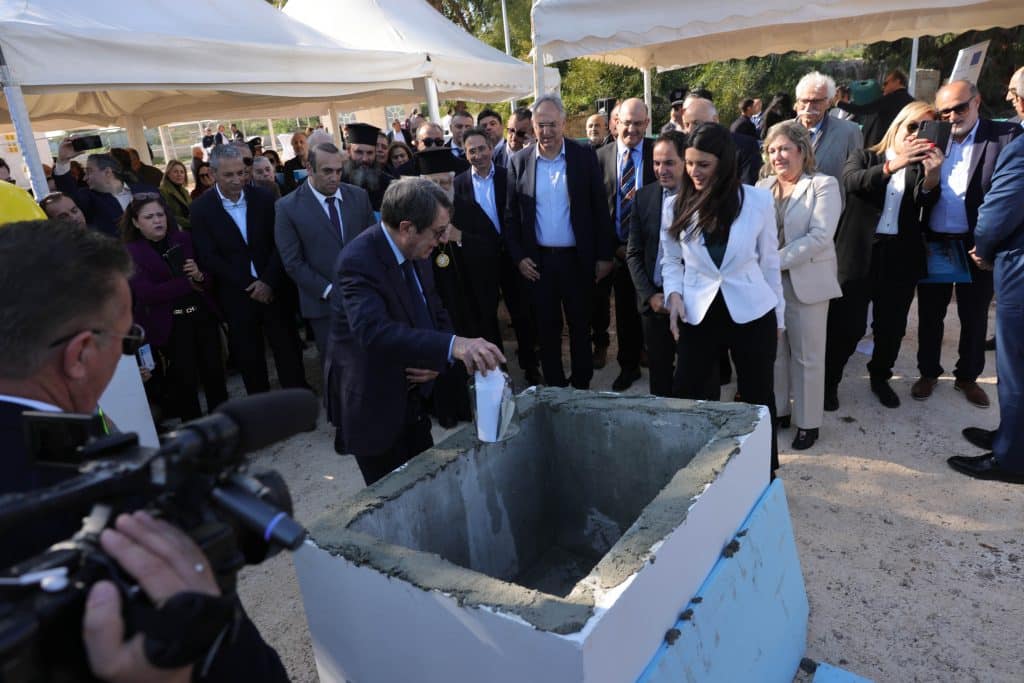 And I have mentioned satisfaction and it is not by chance, since a vision of decades that was a constant request of the fishermen of the area is finally becoming a reality.

The planning and implementation of the reconstruction of the fishing refuge demonstrates the Government's long-term and consistent support to the fishing sector, which, despite its small contribution to the Gross National Product, contributes decisively to the socio-economic development of coastal areas and offers healthy and safe products to consumers. 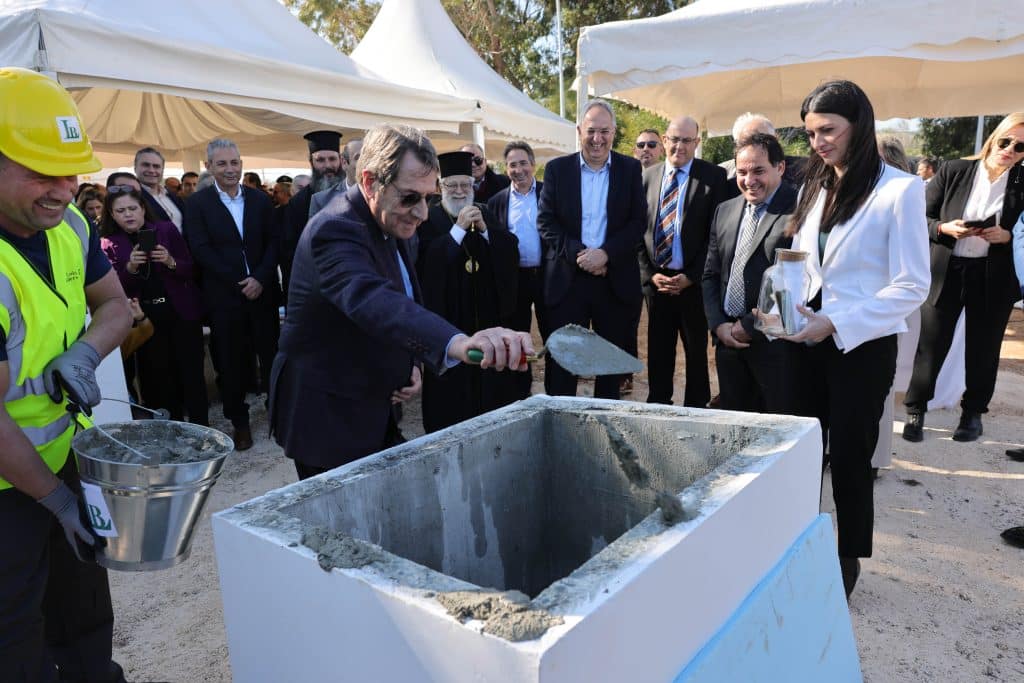 The project is expected to have direct social and economic benefits, both for the fishermen themselves and for the community of Liopetriou, as well as the residents of the wider area.

It is with particular satisfaction that I noted that the road network that I traveled was a dirt road a while ago and that has nothing to do with the execution of the present project which through the network that is already under construction will lead to the highway and in this way it will be accessible to tourists staying either in Ayia Napa, Paralimni or Protaras, in the wider area of ​​Famagusta, so that this model fishing shelter that will also be turned into a park for recreation, walking, and exercise can be offered to the residents of the area and to visitors. 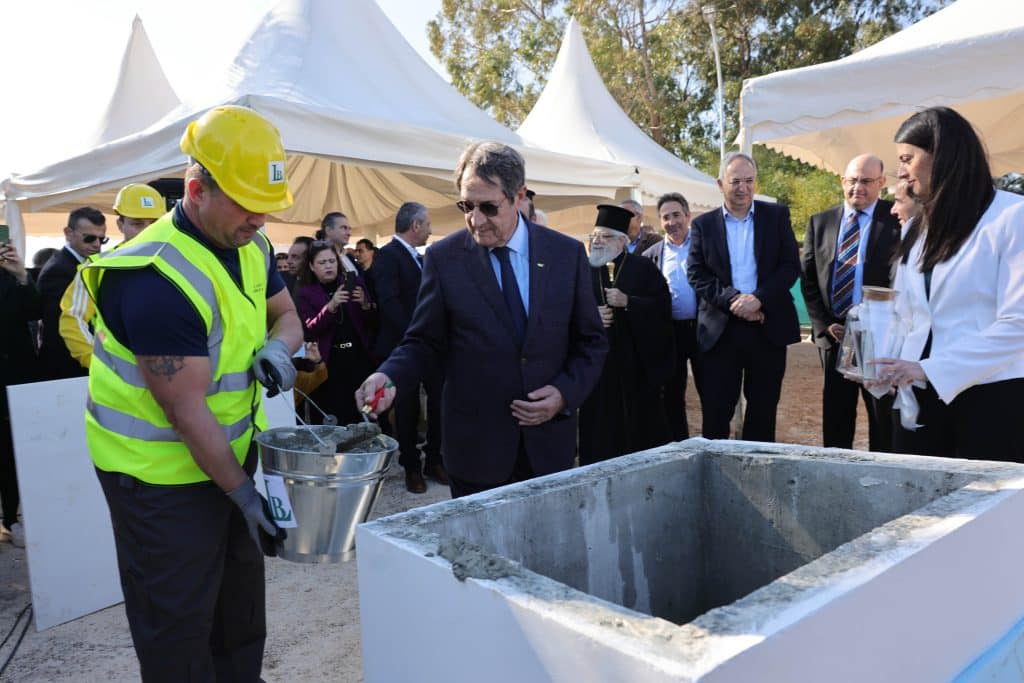 The fishermen of the area can expect a safe base with modern infrastructure and 114 boat berths, which will improve their operating conditions, while it is expected to contribute to increasing their incomes.

Meanwhile, the citizens will soon have at their disposal an area that will be a point of reference for sports, rest, catering and recreation, with an upgraded road network. 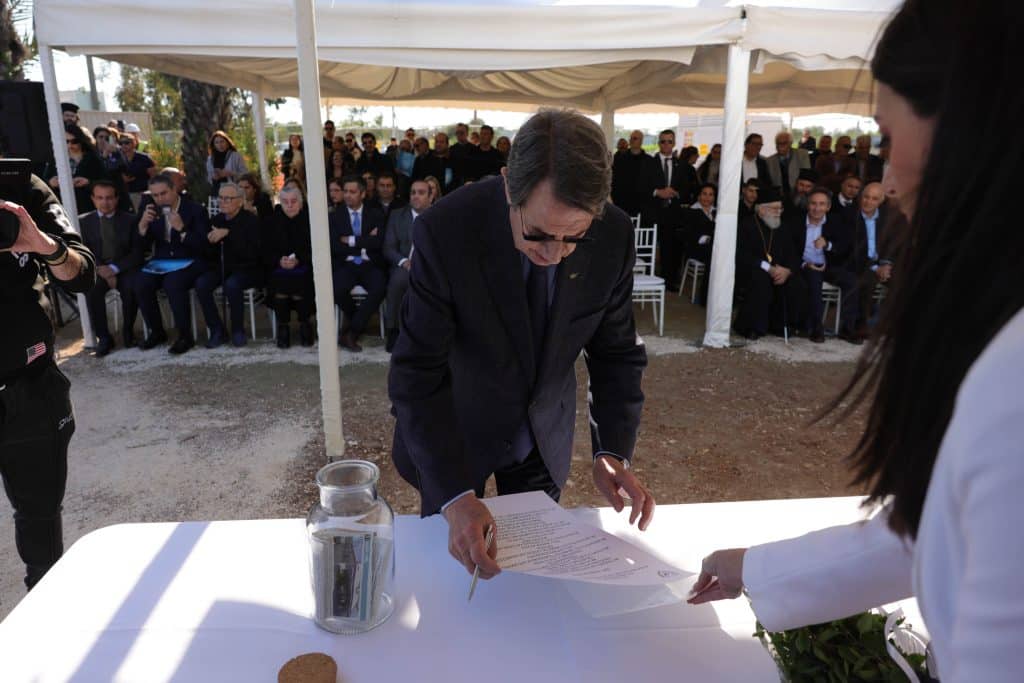 At the same time, the project will simultaneously contribute to the promotion and, by extension, to the increase in the visitation of the area, in a way, of course, that will ensure the protection of the rare beauty of its natural environment.

The co-financed total cost of renovating the fishing shelter amounts to 11 million euros.

The Government, with various policies and actions, has particularly sensitively supported the Fisheries sector and in general the country's prospects for blue development. 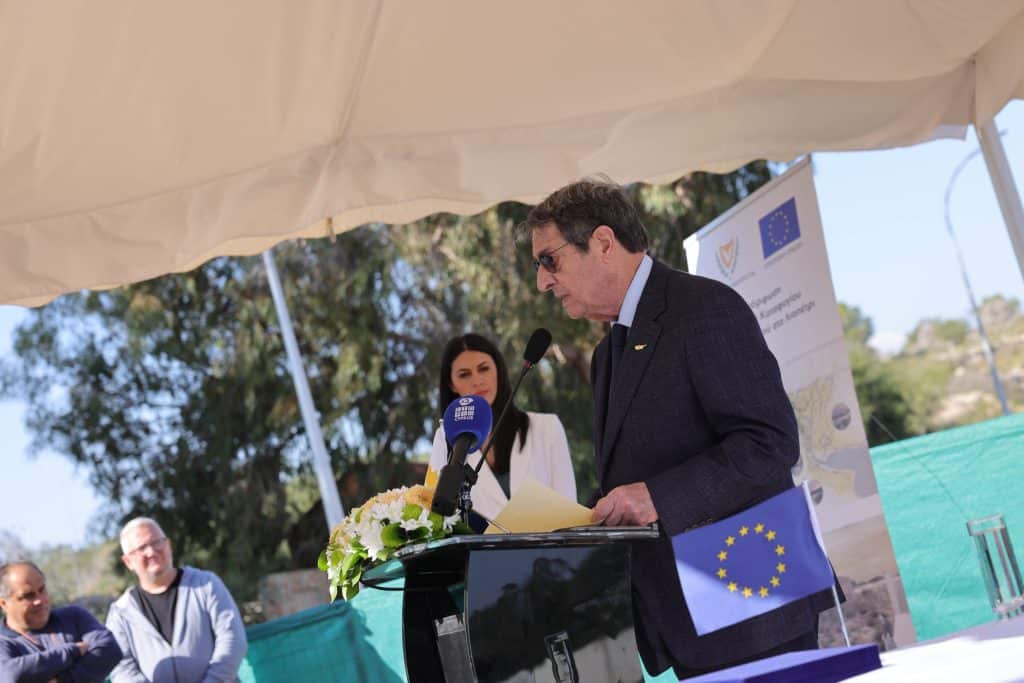 As an example, I mention that: 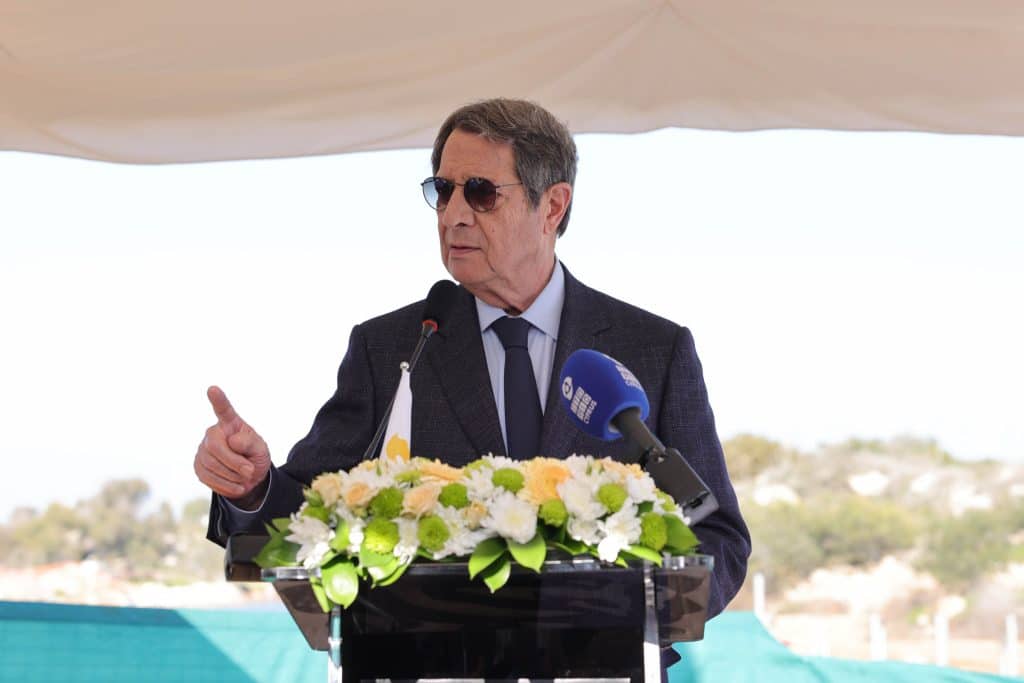 The Program is the tool for the further upgrading of the fishing and aquaculture sectors and in general for supporting blue growth.

Already, the grant scheme to provide compensation to the fishing sector, due to the effects of Russia's invasion of Ukraine, amounting to 1.4 million euros, was immediately implemented. 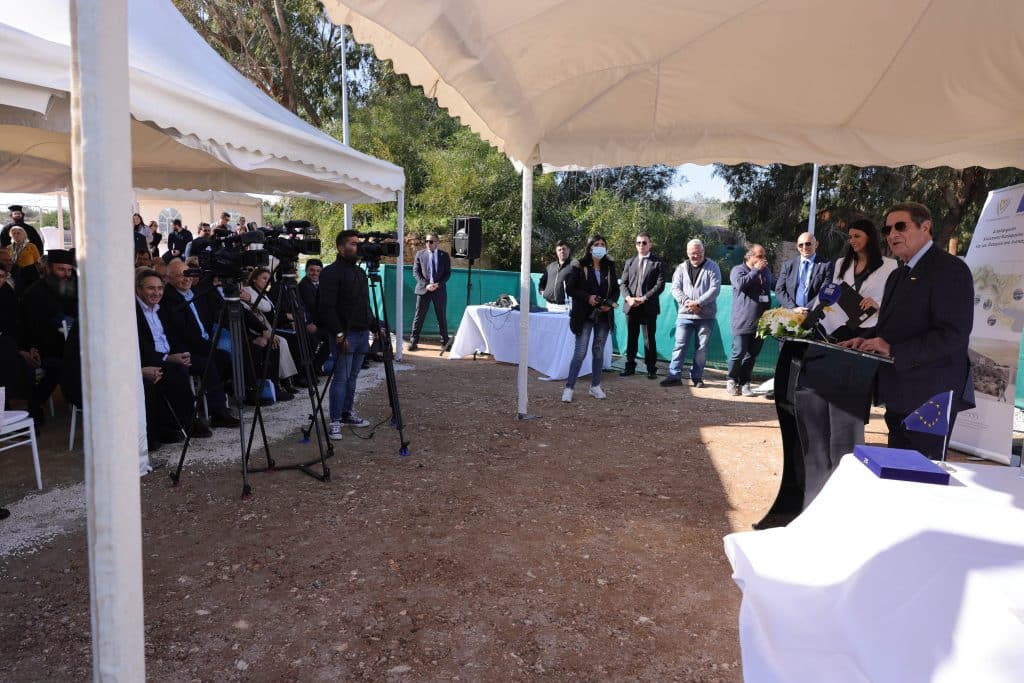 Being in the Liopetriou Community, I would like to mention that in addition to the existing project, amounting to 11 million euros, in the last decade the State has proceeded with the implementation of projects amounting to 3 million euros, such as, among others, the improvement of the infrastructure at the XNUMXnd Primary School and the "Apostolos Varnavas" Special School, the construction of a community park for missing people, but also the improvement of the Community's road network. 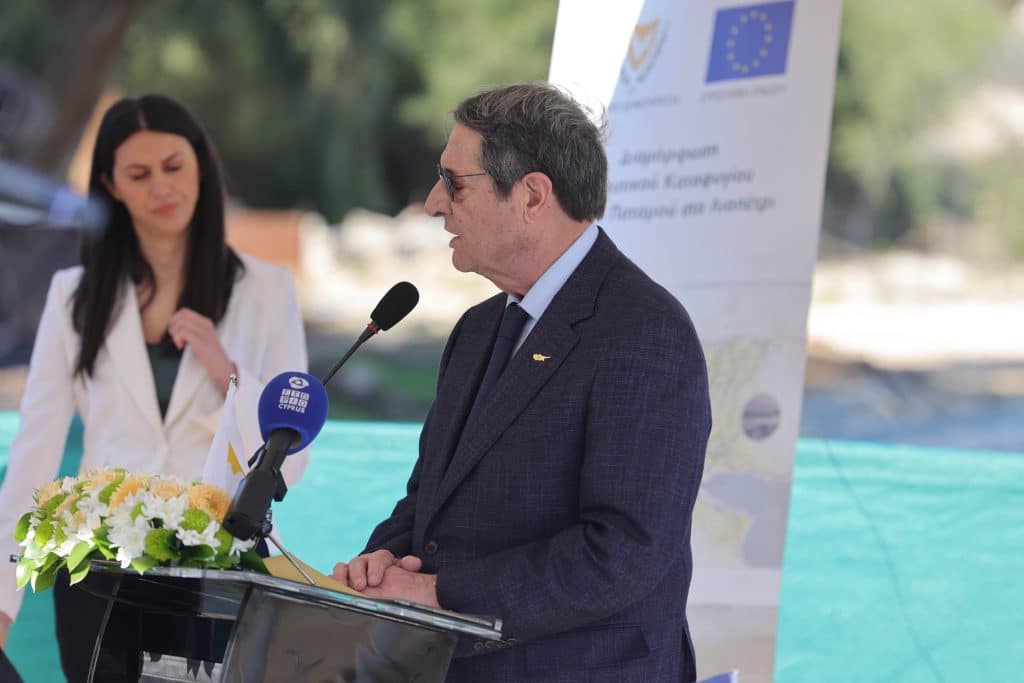 While a particularly important development is the publication and implementation for the first time of the Local Plan concerning the Municipality of Sotiras, the Community of Liopetriou and other Communities of the free Famagusta. 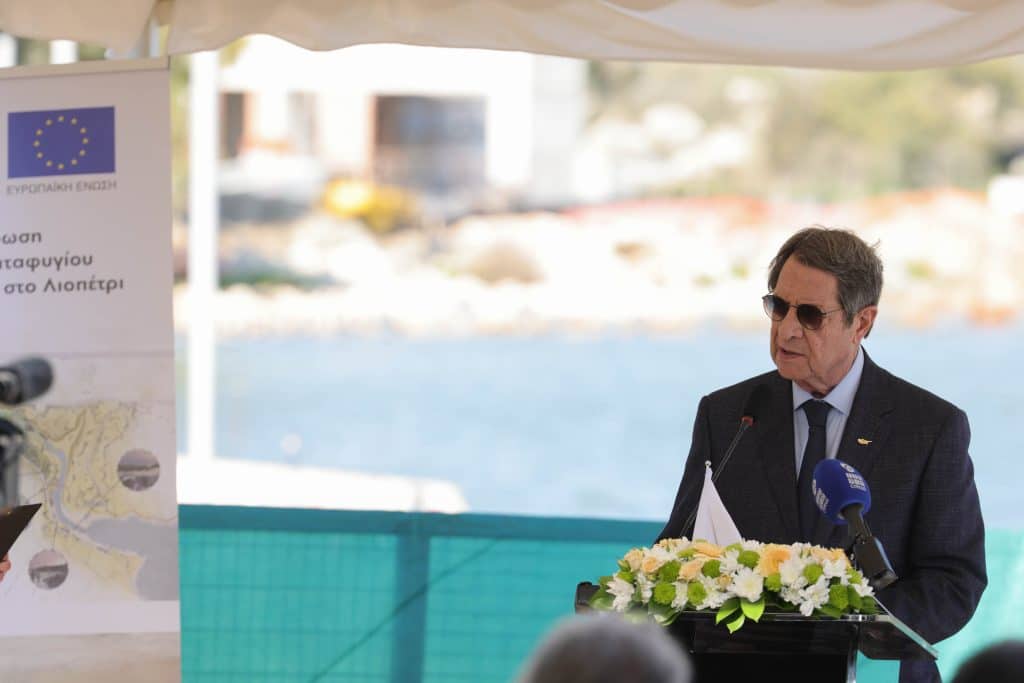 The Local Plan emphasizes the qualitative improvement of spatial policies for development, so that they are in line with modern urban planning trends and market needs, ensuring the urban-agricultural character of the areas, with an emphasis on agriculture / animal husbandry, manufacturing activity, protection and management of the natural environment and the promotion of alternative mild forms of tourism. 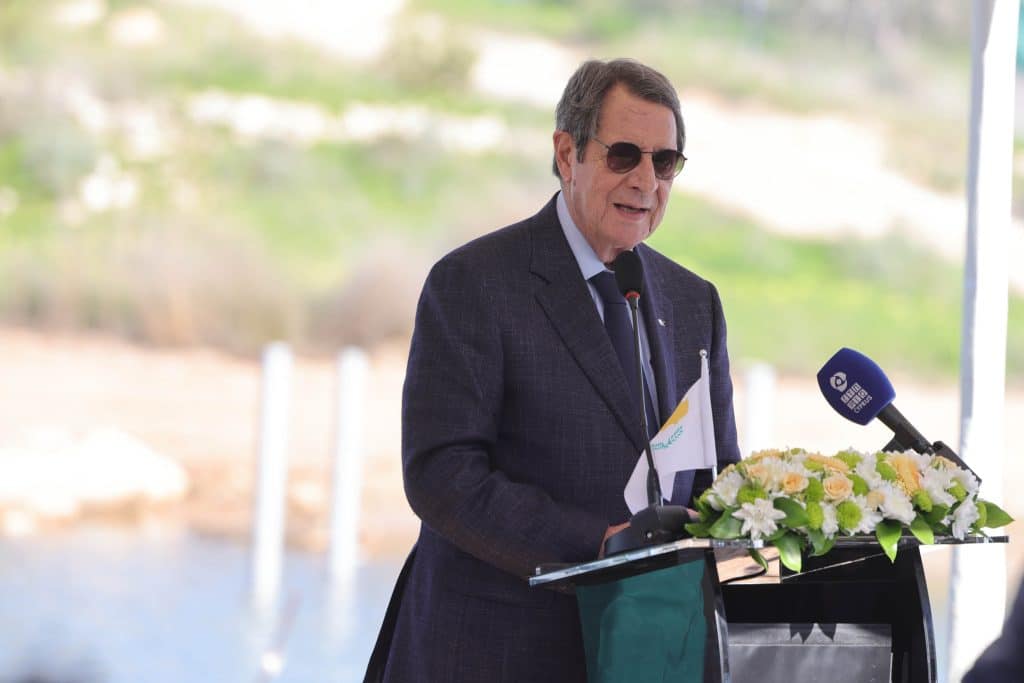 In closing, I would like to warmly thank the Ministers of Agriculture, Interior, Transport and Heads of Departments and all those who were involved not only in planning but also in the implementation of this important development project. 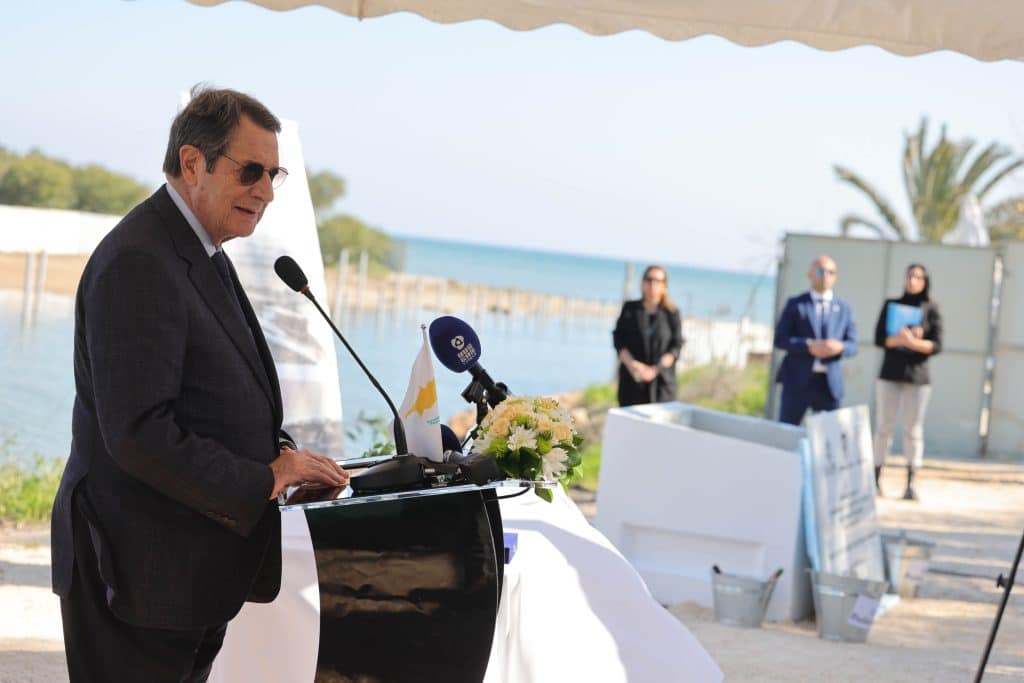 I have already mentioned my friend, the late President of the Community Council of Liopetriou, Kyriakos Trisokkas, who hosted me months ago at the fish tavern located here. Unfortunately, I hadn't checked whether the project was running. And I told him when I will do the inauguration and he said President he has not started the work yet. And that's when I really got a shock, I did everything humanly possible, I intervened where I had to intervene so that today we are in an advanced stage of implementation. 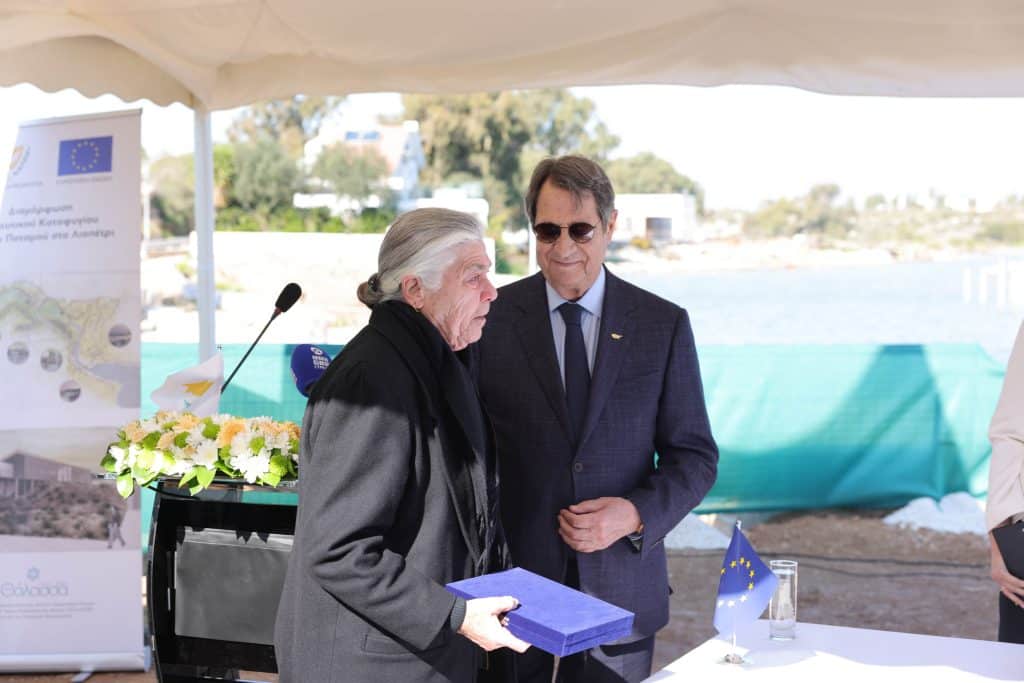 May his memory be eternal, may he see us from where he is and rejoice because what he and his Community Council envisioned, as well as the current Community Leader, is becoming a reality.

As a small token of respect to Kyriakos, I present a plaque to his wife.” 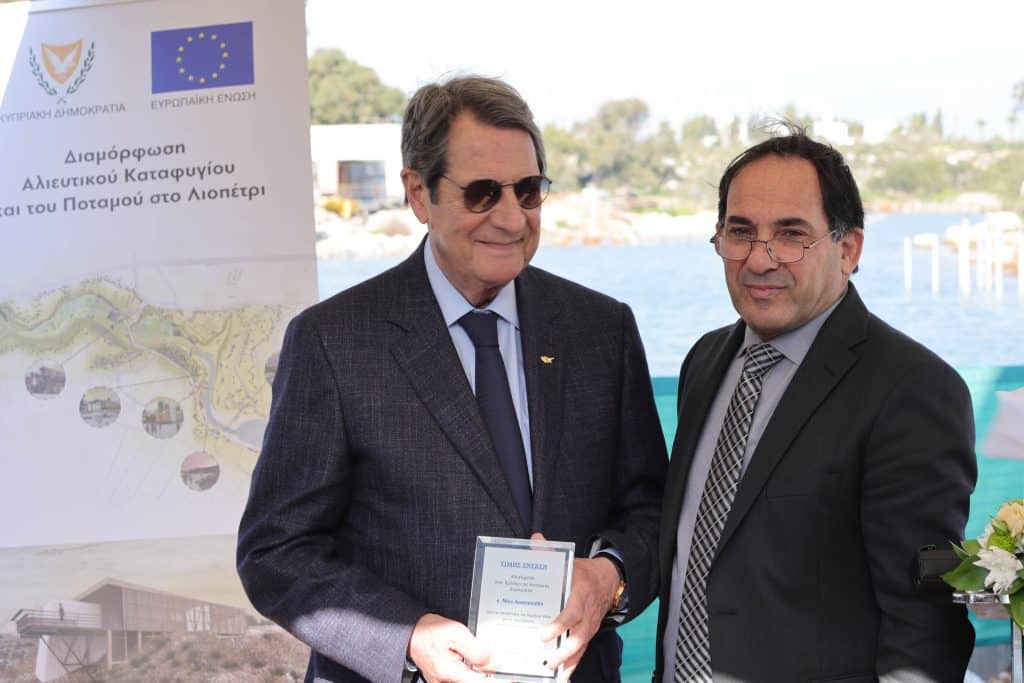