In this poetic collection, the maturation and refinement of the innate talent of the 88-year-old poet is evident. 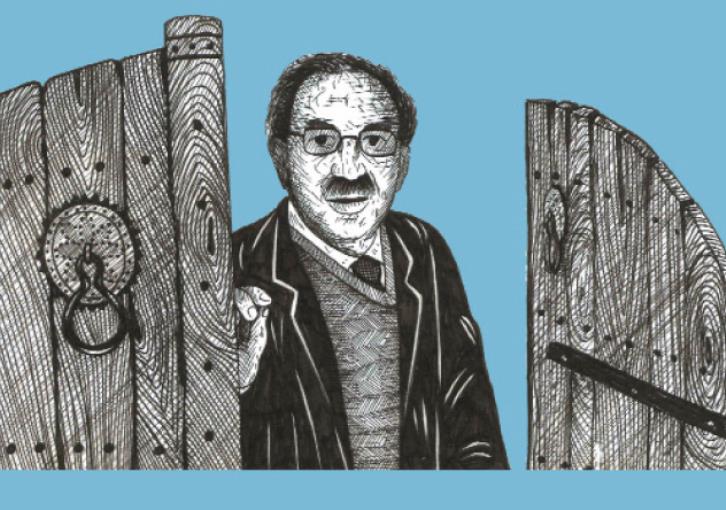 The event is under the auspices of the president of PSSE, Elias Dimitriou. 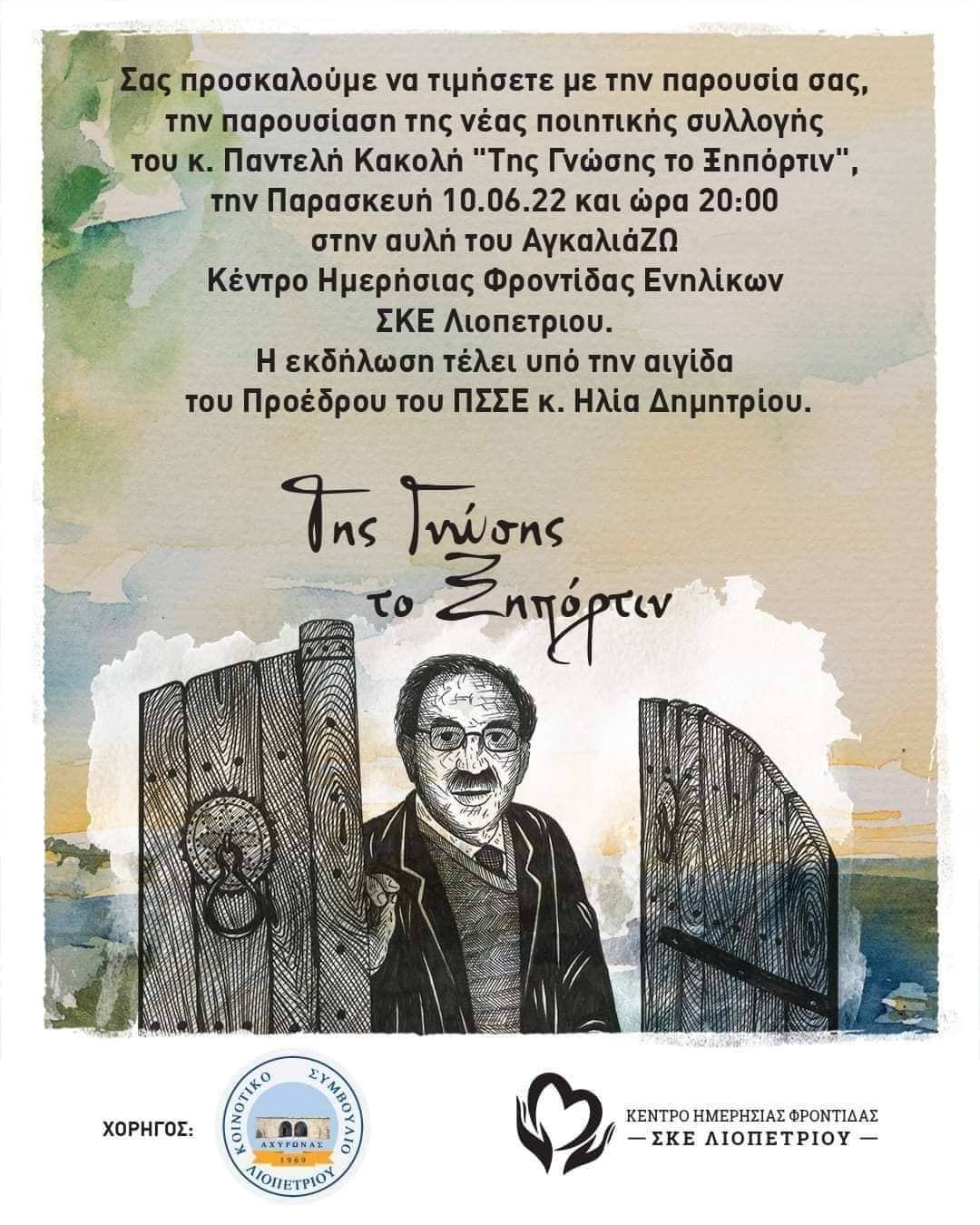 With his new poetry collection "Tis gnosti to xiportin", published by Epifaniou, the dialectical poet Pantelis Kakolis enriches even more the folk tradition and the cultural heritage of the place.

In this poetic collection, the maturation and refinement of the innate talent of the 88-year-old poet is evident. His source of inspiration is life itself. His own and others'. 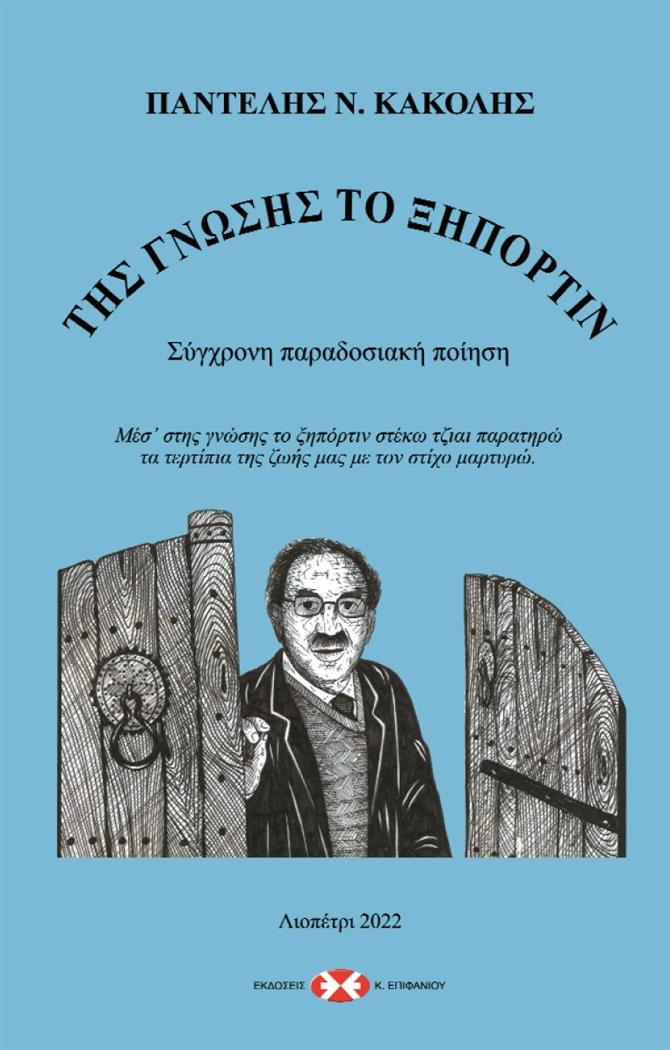 A few words about the poet:

He completed the primary school of his village and then entered the "Commercial High School Siakalli" in Varosi for only one year. He stopped to take care of his parents' farm. As a teenager, he loved books and indulged in self-education, with a particular love for poetry and literature.

He married the fellow villager of Paraskevo, Georgios Katsiaris, and they had four children, two daughters (one of whom died in infancy) and two sons.

His restless youthful spirit pushed him to seek his fortune abroad and so in 1956 he found himself in Blackpool, England. In 1957 he moved with his family to Manchester in an effort to offer her a better future through life. There, throughout his many years of residence, he was intensely active for the benefit of the Greek community, producing a commendable cultural work.

In 1996 she was repatriated and took the honorary position of cultural advisor, proposed to him by the Community Council of Liopetri, from which she offered non-profit until 2017, when she left, giving young people the opportunity to work.

Starting from 1978 he has published the following poetry collections and researches:

For his literary, humanitarian and cultural work, he was honored by his birthplace and the parish of Manchester, while among the many distinctions with which he has been honored, in Cyprus and abroad, the following stand out:

With information from Phileleftheros