LIOPETRI: The 11-year-old is in the Neurosurgery Department with an epidural hematoma on the head 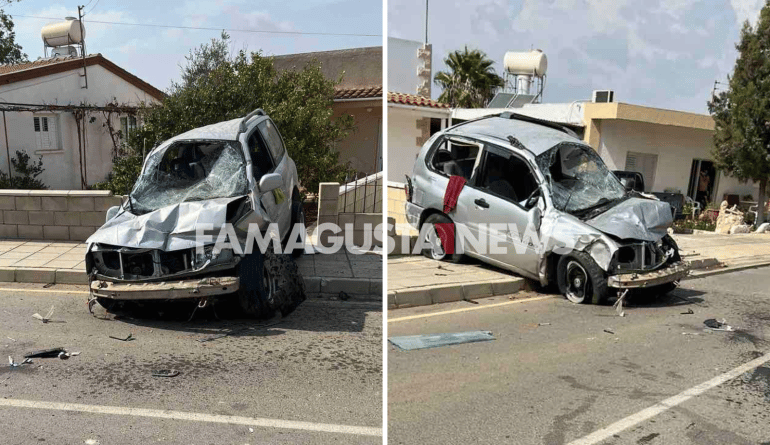 The minor, aged 11, has an epidural hematoma on the head, who was injured in a car accident that occurred at noon in the Liopetriou neighborhood and is hospitalized in a serious condition at the Neurosurgery Department of the Nicosia General Hospital.

As Steve Theodoulou, press representative of the Famagusta Police Department, reported to KYPE, "a serious road traffic collision occurred shortly after one in the afternoon on Wednesday, October 5, in the Liopetrio neighborhood involving a 57-year-old woman and an 11-year-old boy."

He added that "under circumstances that are being investigated, a vehicle she was driving shortly after one o'clock in the afternoon, the 57-year-old woman from Liopetri, with her 11-year-old grandson as co-driver, deviated from his path, entered the opposite flow of traffic and initially hit a tree and then on a residential fence. The result is that it overturns and ends up in front of the house."

However, he continued "due to the severity of his injuries, the 11-year-old was intubated and transferred to Nicosia General Hospital, where he was kept in the Neurosurgery Department, since he has an epidural hematoma on his head. His health condition is judged by the treating doctors to be serious."

The Xylofago Police Station is investigating the case.