LIOPETRI: The National Memorial of the hero Modestos Pantelis is held

In the presence of the Minister of Agriculture, Rural Development and Environment, Costas Kadis. 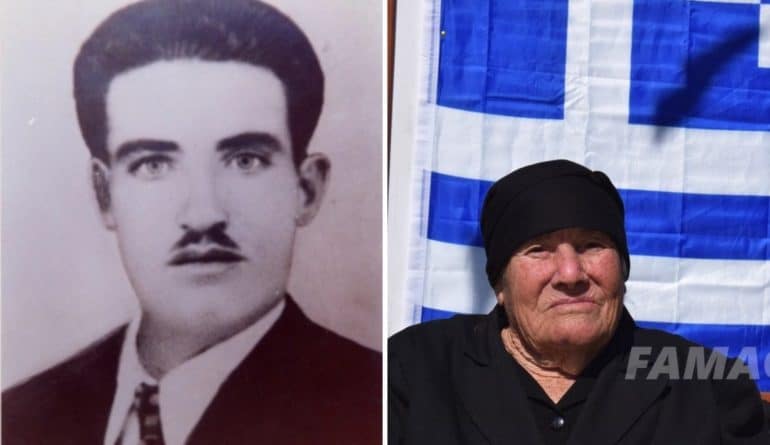 As part of the celebrations for the anniversary of April 1 and the National Liberation Struggle of 1955-1959, tonight, at 7.30, in Liopetri, a trisagion will be held in memory of the First Hero Martyr of the Struggle, Modestos Pantelis. A candlelight vigil with the Band of Nationalist Associations "I Do Not Forget" will follow.

Tomorrow, April 1, 2022, at 5.30 a.m. will become the ehotino during which the flag is raised at the house of Modestos Pantelis, accompanied by the band "I do not forget". At 8.30 the memorial service of the Hero will be held at I.N. Panagia Eleousa. The Minister of Agriculture, Rural Development and Environment, Mr. Costas Kadis, will deliver a commemorative speech. A procession will follow to the community square, where a trishagio will be made and wreaths will be laid at the statue of the Hero.

Ο Ξ Ξ Ξ΄Ξ΅Ο Ο ΞΏΟ Ξ Ξ ± Ξ½Ο Ξ΅Ξ »Ξ   was a Greek EOKA fighter and the first member of the organization to be killed during the fight for the Union.

Pantelis was born on December 16, 1923 in Liopetri, Famagusta. His parents were Pantelis Georgiou and Chionou Pantelis while he had four other brothers. He was married and had two children. He attended the primary school of his village until the third grade and then engaged in agriculture. In February 1955 he organized in EMAK (the original name of EOKA) together with his brothers and was a member of the team of Grigoris Afxentiou.

At midnight on March 31st to April 1st, 1955, he and Andreas Karyos caused a short circuit in power lines supplying a camp outside the settlement of Avgorou, but was electrocuted while trying to cut one of the power lines. and Karyos suffered burns.