Kostis Kosteas, founder and teacher of SYKALY, "left" at the age of 96 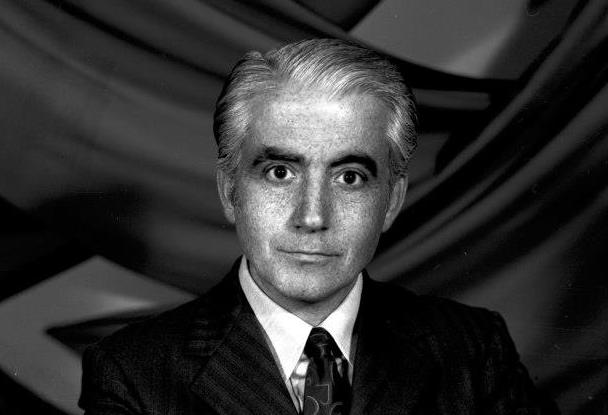 The great teacher and founder of the Association of Solution Artists (SYKALY), Kostis Kosteas from Lysis, passed away today at the age of 96.

Kostis Kosteas was born in Lysi on May 1925, XNUMX. He took Byzantine Music lessons from his father Kyriakos Hadjipetris and then from the lead singer of the church of Panagia Lysi, music teacher Giago Souroullas. Most of all, however, he studied on his own, in parallel with his profession as a barber. The establishment of choirs in Lysis and elsewhere were initiatives with his personal stamp. In the Cypriot cultural scene, Kostis Kosteas was established mainly with the establishment of SYKALY.

A group of traditional dances and music that aspired to innovate by choosing a new way of creative approach to popular culture. Drawing elements from the musical tradition of Cyprus, he wrote new songs and music and his collaborators created new dances. This was for the Cypriot data a completely new approach of the Cypriot music and dance tradition. He directed and wrote the music for a series of dance dramas: "Romance and Marriage" in 1961, "Sta Marmarenia Alonia" in 1966 and "Vathkies Rizes" in 1978. The enthusiasm with which people embraced the songs of Kostis Kosteas and his work SYKALY, was the best proof of their offer.

An offer abroad that was appreciated and expressed with many awards and recognitions. He composed lyrics by Pavlos Liasidis, Michalis Pasiardis, the father of Kyriakos Kostis Hatzipetris, the Lysiotis poet Tofi Faikis but also his own and wrote the music for a series of plays by Michalis Pasiardis presented from time to time by THOK "," In the soils of Messarka "," To Gatanin "," Our threshing floor in the upper mahalades ") as well as the music in a series of plays by Pavlos Liasidis presented from time to time by RIK television (" O Monogios ", "Love is the winner", "Alavrostoisiotis").

His involvement with Byzantine music focuses on the direction and teaching of the Sourulla choir, which he undertook for the first time in 1968. In 1975, after the death of its founder, he took over its permanent direction and teaching, enriching its repertoire, which It consisted of ecclesiastical hymns, mostly hymns, and other songs by Souroullas in order to make them more widely known. He also took care to promote people of culture with initiatives such as: the publication of the poetry collections of Pavlos Liasidis "Haraman fu" by AEL Lysis in 1944 and "Let death be joy" by SYKALY in 1966, the collection of songs "Lyra and Laurels" ”By Yagos Souroullas in 1971, the publication by the Municipality of Lysis of the albums“ Bells of Lysis ”with songs and hymns by Yagos Souroullas in 1996 and the erection in 2001 by SYKALY of a monument in Larnaca for Pavlos Liasidis. Kostis Kosteas also served as rotating mayor and deputy mayor of Lysis.