The people of Lysia celebrated Saint Synesius in exile 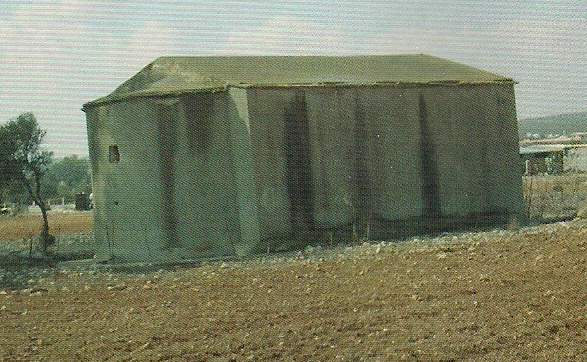 The Municipality of Lysis solved on Sunday, 4/3/2018, at the Church of Agios Efimianos in Kornos the local "Saint Synesios in Lysis".

In the packed Hall, the Divine Liturgy was celebrated with enthusiasm and excitement, evoking memories of good times in the occupied Lysi and raising wounds of the looted Byzantine Church.

The event was attended by the Mayor of Lysis, Mr. Andreas Kaouris, a report was made on the life of Saint Synesius and his Chapel and an information leaflet was distributed.

This was followed by a procession of the icon of Saint Synesius in the surrounding area of ​​the Chapel. The wildflower landscape with wildflowers and the reverence of the crowd, which formed a long procession of processions, reminded the Agioritic environment.

After the dismissal, a morning drink with many delicacies was offered.

With his holiness and wisdom he gained great fame and when he fell asleep he was canonized and in his honor a small vaulted church was built there, which was the core of the creation of a Holy Monastery. Although no excavations have been carried out, it is estimated that one of the remaining remains of the foundation was the Catholicos of a small monastery that ceased to function during the last years of the Turkish occupation and was deserted. Besides, there are testimonies that the building material of the ruins of the Monastery was used by the English during the construction of the Kouklia dam and only the Chapel remained intact as a sacred place. The same happened with the ruins of the church of Agios Theodoros, which also practiced at the same time in the area of ​​Aglassika, two hundred meters west of Agios Synesios.

Internally, the Chapel was frescoed in the 15th century. but due to unfavorable historical conditions, its unreserved frescoes were in poor condition. During the preservation of the Church in 1903, most of the frescoes were plastered and during the marble flooring, a decorated shrine was discovered with the seventh relic of the Saint. The reaction of the then Ecclesiastical Committee, not to be blamed by the British authorities for the bombing, was to bury the holy relic inside the Church, tried to get rid of the shrine by giving it to the priest of Lefkonikos and transported Staukyukos Oreihalkianos in his seventh relic, Osios, in the Church of the Virgin Mary in Lysi, where he was kept until 1974 and has since disappeared.

The shrine miraculously was returned by the priest of Lefkonikos to the Chapel, because his oxen refused to drink water from it. The shrine remained in the area of ​​the Church until 1974. After the Turkish Invasion, the Church of Agios Synesios was brutally looted. The fresco of the Virgin Mary in the arch of the Sanctuary was detached and her fate is unknown. The same happened with the shrine in which the seventh relics of the Saint were found. The ruined Chapel was first used as a hay barn and was later set on fire.

Today, the deserted Chapel evokes grief and pain for its visitors, especially the Lysiotes and the neighbors of the Conteates, who remember it as a place of consolation. and prayer. It still stands upright, abandoned, an element of nature and without doors. Inside it is on fire, with its floor dug, without an iconostasis and high in the looted arch of the Sanctuary, without the comforting Virgin Mary, you see its wounded stones, which curse the soul and seek justice.
Saint Synesius of Lysia must not be confused with St. Synesius, Bishop of Karpasia. He is a local Saint unknown to many, but a mural in the Church of St. Demetrius in Dali, dated 1317, testifies that the Saint was widely known.

The Holy Synesian Solution is celebrated on March 1.

The people of Lysia do not forget their saints and shrines, they will keep the memory of St. Synesis as well as the Virgin of Lysis, St. Euphemian, St. George, St. Mama, as well as all the sacred places and places reminiscent of Lysi until on the Holy Day of Return.