Michalis Soulis: Answers to 7 + 1 questions about his candidacy (INTERVIEW)

The Candidate MP with the Change of Generation in Famagusta, gives his own answers in view of the parliamentary elections - His message to the world 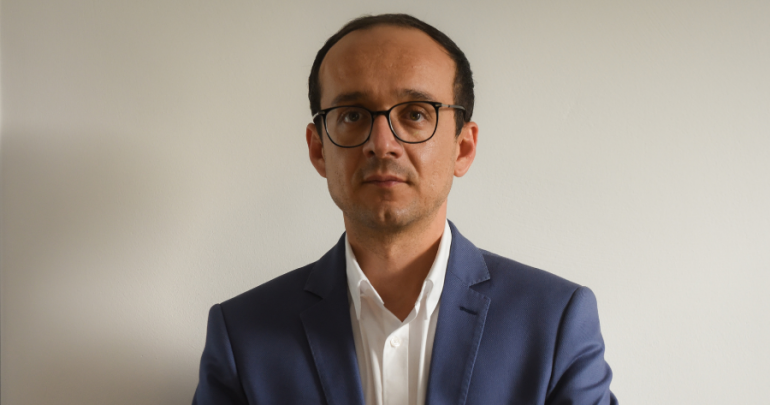 He gave an interview to Famagusta.News the Candidate MP with the Change of Generation in Famagusta, Michalis Soulis.

Through 8 questions, he gives his own answers about his candidacy, his views and his message to the world.

Why did you decide to run for office?th in the upcoming Parliamentary Elections?

Many things have hurt us and many negative events in recent years have plagued Cypriot society. As an active citizen I believe that I can and want to be part of the solution to all these problems. I decided to run in this year's elections because I want to fight for everything that plagues us: poverty, unemployment, entanglement, corruption, the marginalization of citizens. I want solutions to be found immediately and if I am given the opportunity and my fellow citizens trust me, then they can be sure that I will fight with all my strength to get our country out of this impasse in which it finds itself. It is time to look at the real problems and deal with them. Let go of wishes and promises and move forward finding solutions to all that has plagued us for decades.

What do you think are the most important issues that should concern the new composition of the House of Representatives?

Over time, the most important problem of our country is none other than the Cyprus problem, which not only remains unresolved but is also moving in the wrong direction. Year after year we are receding more and more, with the result that Turkey's crime is perpetuated.

At the same time, the country's economy is going from bad to worse with unemployment rising, with our fellow citizens worrying about job insecurity and low wages. An economy must be built that is just and humane for a prosperous society with economic growth that will ensure the quality of life.

Turkey has recently hardened its stance on the Cyprus settlement negotiations. This in combination with the provocative actions of the pseudo-state and Ankara for the settlement of the enclosed Famagusta, show on the one hand a blatant violation of international law and on the other hand intensify their provocative and rigid stance. What is your position?

Unfortunately, our Cyprus problem has been going in the wrong direction for many years. The continuous retreats of our side seem to have "opened" the appetite of Turkey and the pseudo-state, as a result of which they are taking more and more provocative actions. For many years the Republic of Cyprus used Famagusta as a diplomatic paper. But this is not the case. Famagusta is our city, it is our villages, it is our place and no haggling is legitimate. Any solution to the Cyprus problem has nothing to do with the name we will give it. A viable and workable solution must be found on the basis of UN resolutions, which will free us from invasive rights, foreign troops and guarantees.

The province of Famagusta has been hit hard, especially recently by the crisis caused by the pandemic. The tourism and agricultural sectors have suffered incalculable damage with social consequences also being evident. What should be the task of the new parliament in support of free Famagusta?

Indeed, the Province of Famagusta has been hit hard by the coronavirus pandemic as we do not forget that many companies failed to reopen after the opening of the market and the lifting of measures to limit the spread of the virus in the community. The tourism sector and the agricultural sector have been under-operating for a year now, since on the one hand the tourism and catering companies have been hit the hardest and on the other hand the farmers cannot sell their products in restaurants and hotels.

The new parliament must find solutions for the province of Famagusta, which is primarily tourist and agricultural. Solutions such as subsidizing farmers and tourism entrepreneurs as well as their financial support until the pandemic is finally over and the market is operational again.

Regarding tourism, we should start promoting both winter and conference tourism in our country in order to increase the so-called tourist season in Cyprus and start attracting tourists all year round.

In relation to agriculture, incentives should now be provided for the modernization of production methods, funds for organic farming, support for Cypriot products for export abroad with additional incentives as well as incentives for young people to take up the profession.

By what criteria would you like the voters to elect the 56 deputies?

Certainly every citizen has his own criteria according to which he will vote in the upcoming elections. It would be good, however, not to choose having party and ideological blinders but to try to vote for those who consider themselves better but also those who intend to work and work for a better future for our country and our society. To study the positions of the candidates and to decide with free will on who deserves to enter the Parliament.

All candidates and parties refer to the change. What does change mean to you?

What will be your first concern in the event of your election?

There are many things that I will try to change if I am elected to the parliament in case the people trust me. My main concern is to put an end to corruption and entanglement. To put in the first place of our priorities as a Parliament the person, our neighbor, our fellow citizen but also all those who have our need.

What is your message to the voters? 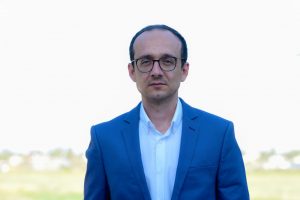 He was born in Larnaca in 1988 and lives in Xylotymvou. He comes from the occupied Achna and the occupied Vitsada of the Province of Famagusta, birthplaces of his father and mother respectively. He is married and has a son.

He is a graduate of the American Academy in Larnaca and during his military service he served as a Probationary Reserve Officer. I have studied Civil Engineering with honors and I have done a postgraduate course in Construction Project Management in Great Britain with a scholarship. I have also studied welding engineering (IWE-EWE) in Greece.

Today I work as a Technical Director in a private construction company, and I was also a professor at UCLan University teaching welding theory. I am a member of the Institute of Civil Engineering of England (ICE), ETEK and the Hellenic Institute of Welding.

More information you can see HERE