Controlling corruption in the European Union - Article by the mayor of Deryneia Mr. Andros Karagiannis 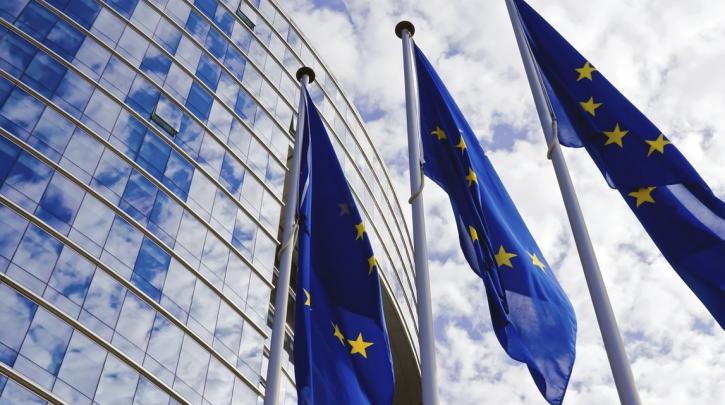 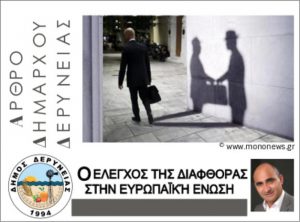 These and other interesting facts are highlighted in the study by the European Parliament's Research Service (EPRS) on the control of corruption in the Member States of the European Union. Eight countries were examined as selected members under the microscope of experts, but the research was extended to the other twenty Member States. Finland is in first place in the general survey, followed by Bulgaria and Cyprus in 13th place.η position.

Corruption, according to the investigation, is linked to organized crime, the weakness of the rule of law, abstention from elections and a lack of trust in public services. Corruption, depending on the extent to which it occurs, significantly affects the provision of social security, the collection of taxes, gender equality, the absorption of European funds and generally has a negative impact on the economy, social and political life of the country.

The research presents the EU. as one of the least corrupt regions on the planet. Corruption is rampant in Finland, Sweden, Denmark, Luxembourg and the Netherlands, with less scrutiny and measures being taken in Bulgaria, Greece, Italy, Romania and Hungary. Citizens know that every country has problems with corruption, as three out of four Europeans believe that corruption is widespread in their country, as shown by a special Eurobarometer survey in 2013. Unfortunately, very few citizens report corruption cases lack of trust in public services and political leaders.

The health sector appears to be hit hard by the degree of bribery, with four out of ten European companies suffering from corruption and bribery, as they are the main obstacles to creating new businesses, especially in the construction sector and the proclamation process. and bidding.

Bulgaria is making great efforts to fight corruption, but many Bulgarian citizens are complaining that the state is not doing enough to suppress it. They even acknowledge that the situation has worsened since the country joined the EU. in 2007. The lack of progress on complaints, the inability to crack down on corruption, have led to the freezing of European funds for the country in the fields of infrastructure, science and education.

Italians, on the other hand, know that corruption in their country is deeply rooted in society and that is why the country is in the twenty-sixth place on the EU list, just below Romania, despite the ambitious efforts that paid by both its government and the EU. to suppress corruption. The United Kingdom has a low level of corruption and, although one foot outside the EU, ranks sixth.

Corruption is one of the EU's most serious problems. and it is a brake on the one hand in achieving social cohesion and harmony and on the other hand in creating a climate of trust in the higher echelons of power. To integrate Europe into their hearts, citizens need transparency, control, good governance, but also the establishment of European values. However, all this is currently a utopia rather than a reality.