Nikos Anastasiadis: "The proposal for a two-state solution was not and cannot be accepted" 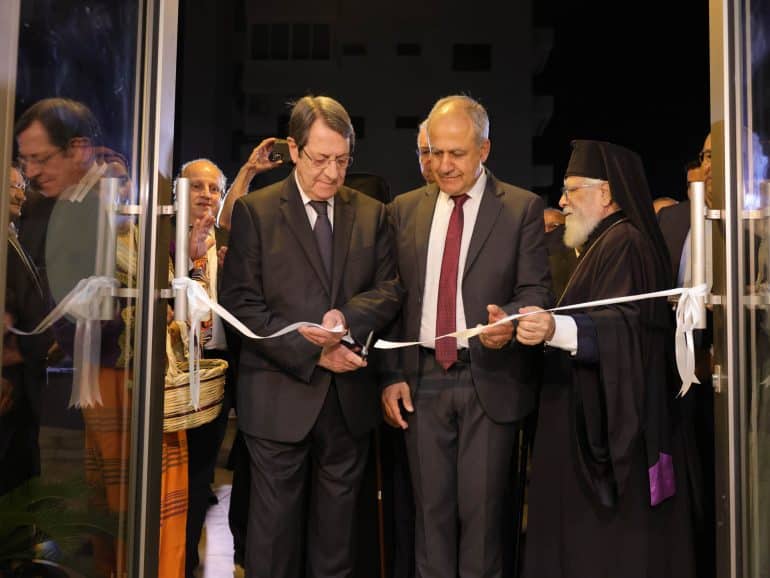 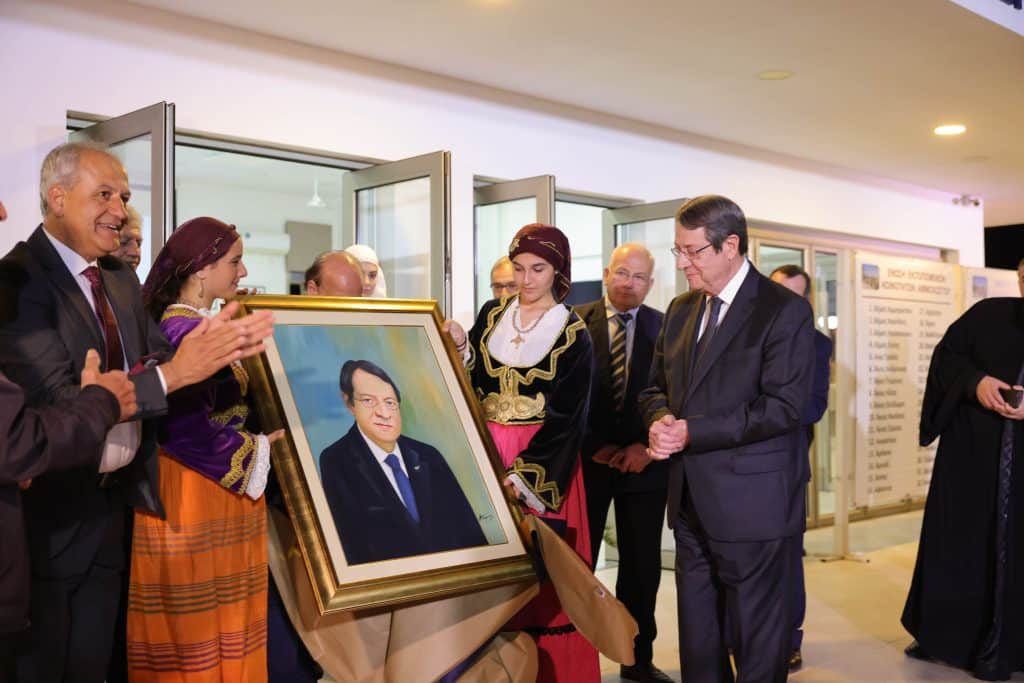 Greeting of the President of the Republic Mr. Nikos Anastasiadis at the opening of the offices of the Union of Displaced Communities of Famagusta

"It is with particular emotion that I am happy to attend the opening of the offices of the Union of Displaced Communities of Famagusta.

A building which, as the temporary Shelter of the Union, beyond its importance for solving operational problems faced by the displaced communities of Famagusta, is expected to continue the diverse activity developed by the Board of Directors and its members. 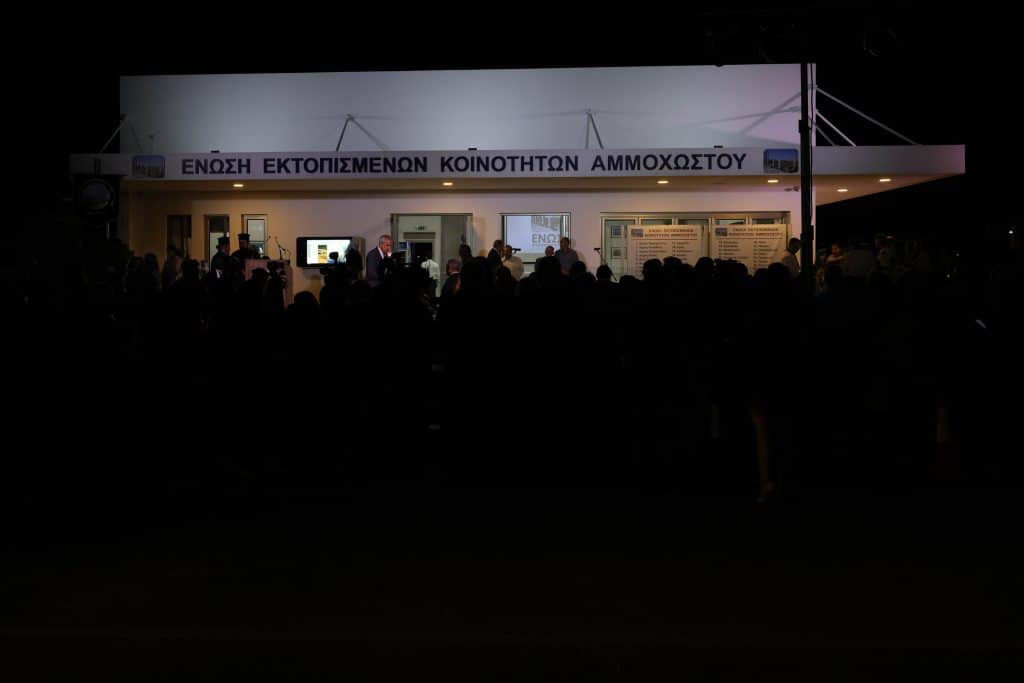 The Union of Displaced Communities, putting at the center of its actions a wide range of initiatives at the national, political, social, religious and cultural level, has existed since the creation of the beacon of unity and solidarity of the refugee world.

In addition to these, its action is recognized as significant in terms of enlightenment regarding our National subject, the preservation of the memory of our occupied land, but also the continuation of the struggle for the reunification of our homeland. 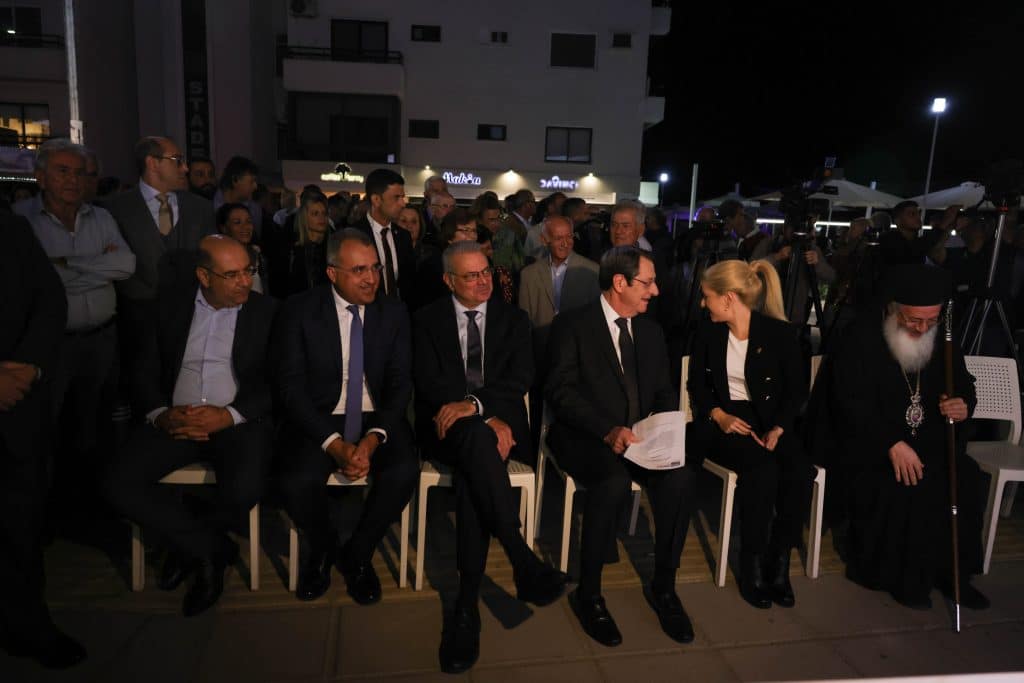 It is in this context that I would like to commend the President and the members of the Union of Displaced Communities of Famagusta, for the dedication and zeal they demonstrate, in terms of accomplishing its mission.

Recognizing the Union as a partner in the effort we make to support the occupied communities and wanting to strengthen the function it performs, we covered the total cost of erecting this building, in order to provide housing, to provide a space in which the community leaders, the local Authorities of the occupied they could, being together, make policy so that the memory remains indelible. 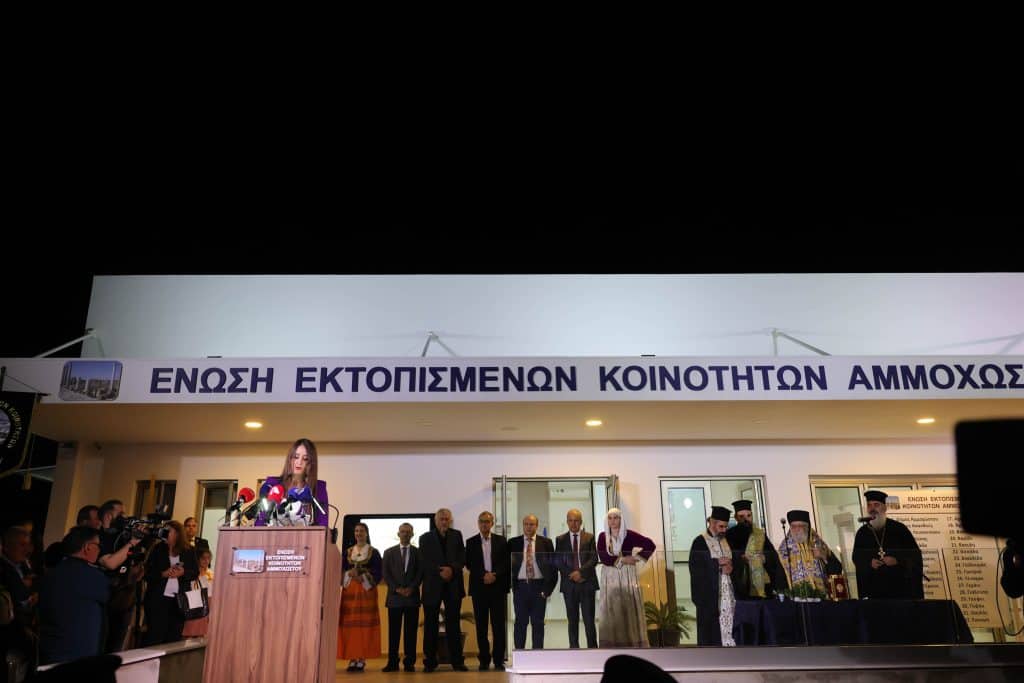 At the same time, like every Government, we prioritized addressing the problems of the occupied communities and refugees. I have no doubt that it was not easy neither for the previous ones nor for our own Government to deal with the huge problem. However, a lot was done during the 48 years in order to ease, not solve, not treat, the pain of the refugees. For this reason, it is within the same framework that an important effort is being made to correct the distortion regarding Turkish Cypriot assets and beneficiaries. 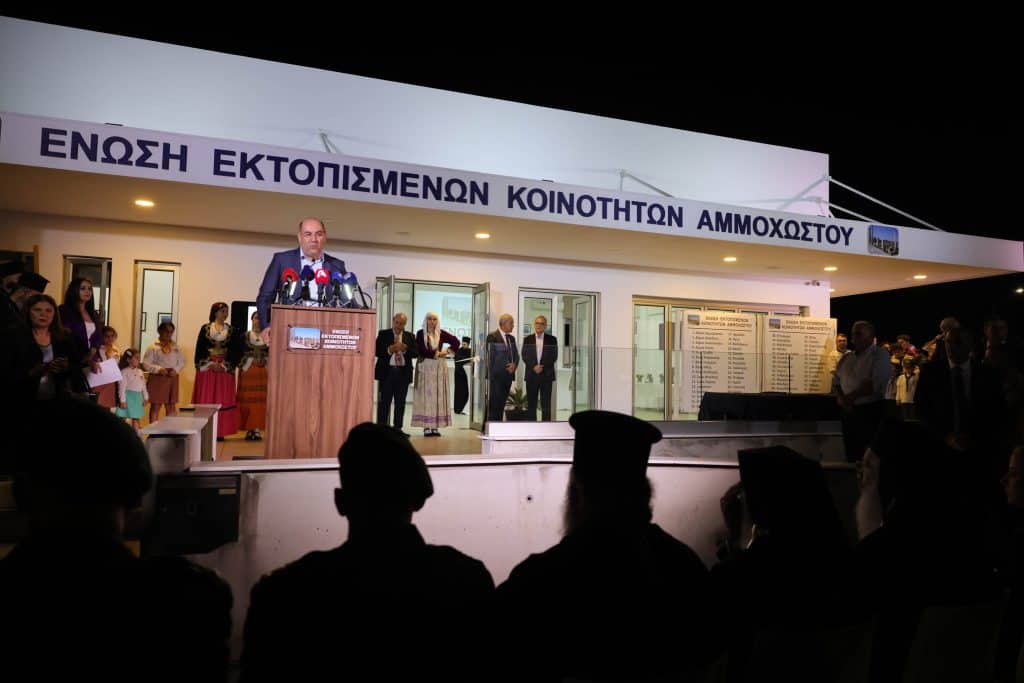 I don't want to mention the distortions. What I want to say is that with one accord we are all trying to see how this problem can be dealt with. The refugees should be the first to speak and no one else unless the circumstances dictate it. 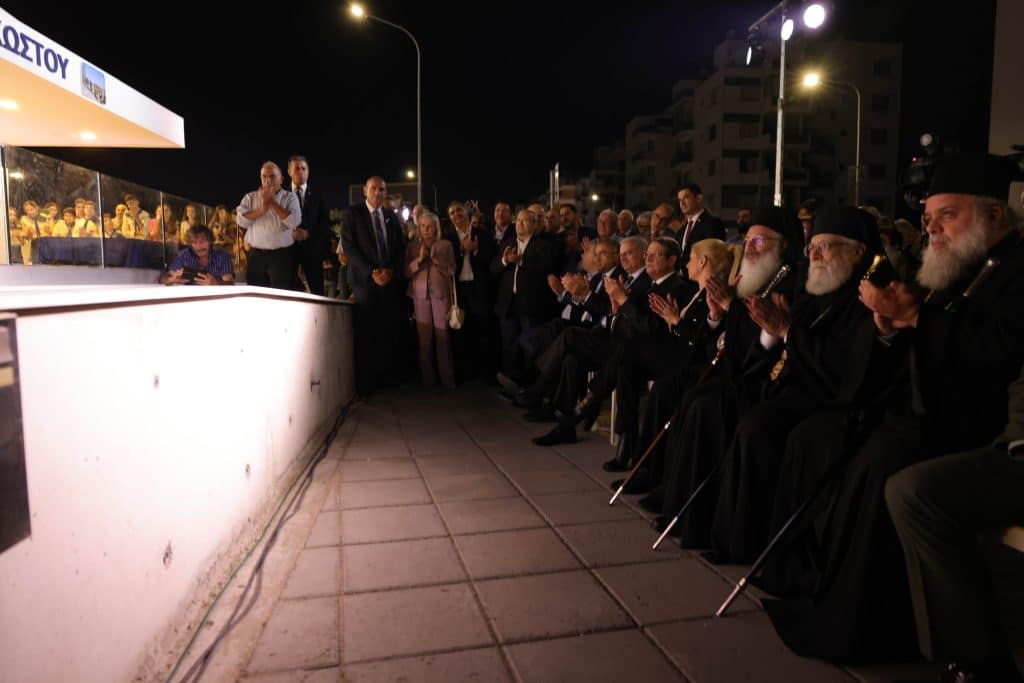 What matters is the effort we made and are making in order to find a fair, just under the circumstances of course, but most importantly, functional solution so that it can be sustainable, which allows Greek Cypriots and Turkish Cypriots to coexist without the problem through the interventions of third parties to disturb the peaceful coexistence. And it matters when I'm talking about a workable solution, when I'm talking about preventing foreign interference. For this reason and during the dialogue that followed my election, the priority was the abolition of guarantees, the unilateral right of intervention, the end of the presence of occupying troops, functionality through political equality, so that it becomes possible not to face a state, like our neighbor Lebanon which through the provisions of the Constitution is constantly under crisis, or to create a new Bosnia and Herzegovina where we will face the same dysfunctional problems, but why go far. Is it not foreign interventions in Cyprus that created the problem and what we are facing today? 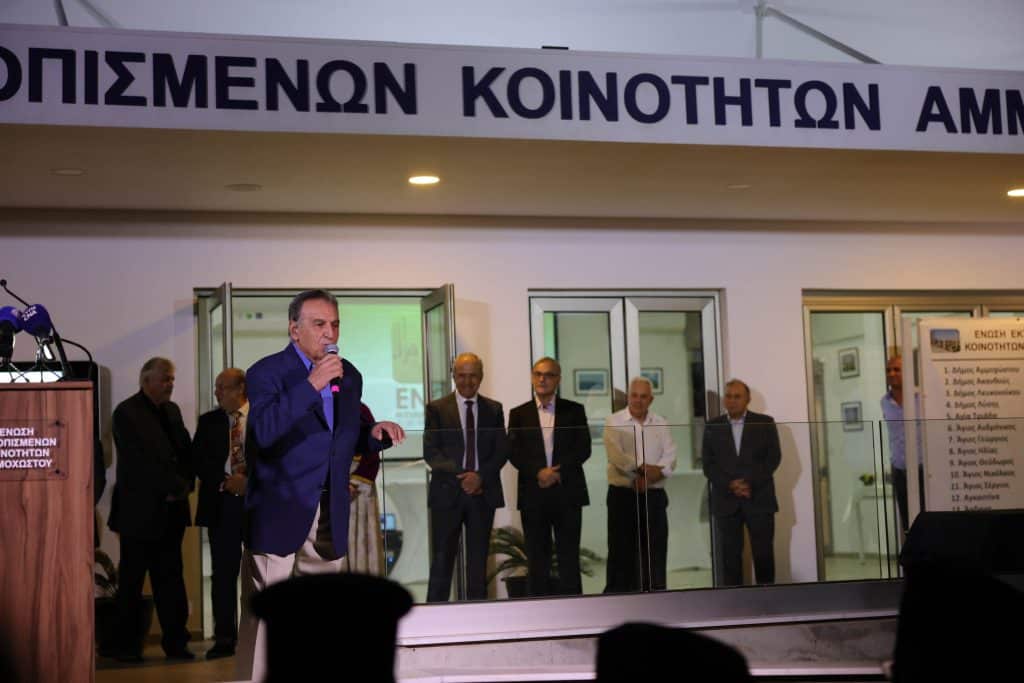 Wasn't it the intervention or intervention, or the Junta coup that gave Turkey the pretext to invade? Is it not Turkey that was interfering to keep alive the idea that was first cultivated in 1956 of the partition? Is it not another of the guarantor forces that advised, shortly after the implementation of the Zurich Agreement, on the amendments to the Constitution? 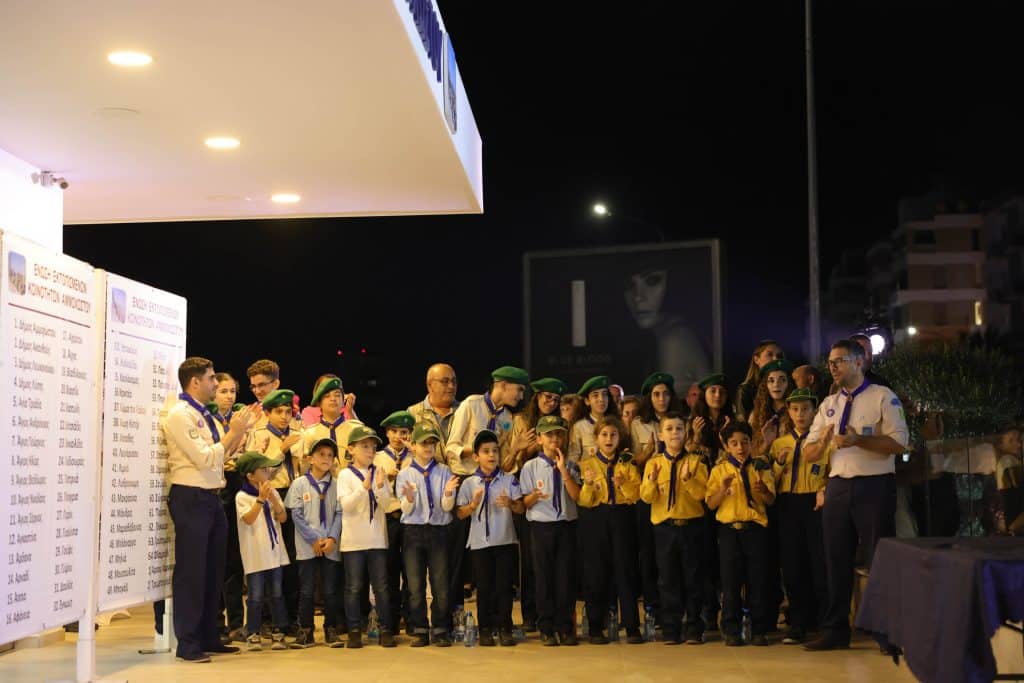 The history of the place is well known and it is for this reason that only if one realizes the dangers or the problems, either through the prolonged impasse or through a solution, which would be called a solution but would be dissolution, no one but no one could accept her.

And I want to be fair. They have and we have made heaps of efforts for the return of Famagusta, for the protection of the regime, as protected by resolutions 550 and 789. 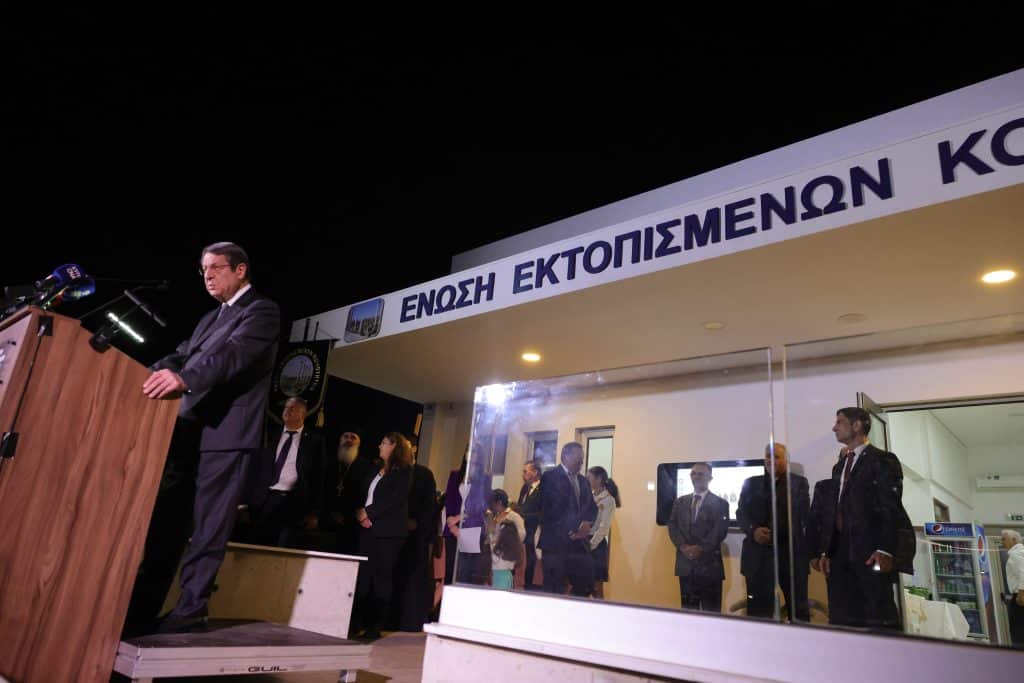 It was possible in Crans Montana for the UN Secretary-General to understand the importance of abolishing the anachronistic system of guarantees, as he declared on June 4, 2017, for Europe to mobilize and be present, to have a moment that could maps on the territory, for the first time, were submitted, in the hope that a solution could be found. Unfortunately, both the DG and those who invested in Turkey's supposed good will were disappointed. They neither wanted an end to the guarantees nor an end to the presence of occupying troops and of course the goal was always that through some provision of political equality they would be able to control the entire state. 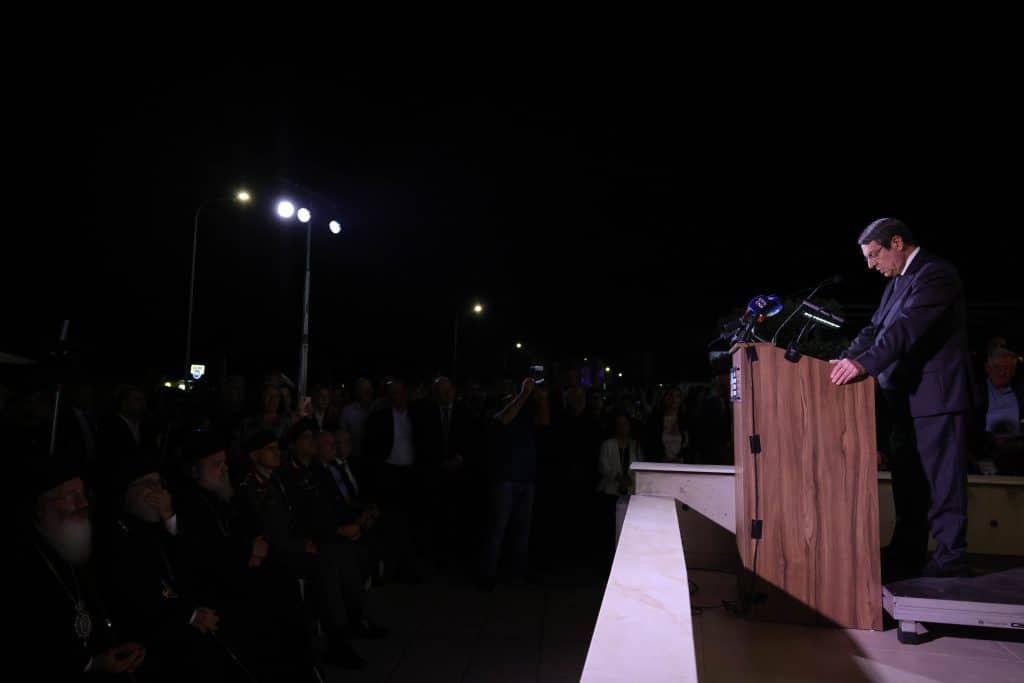 Regardless of what happened, we have been working hard ever since and are constantly working hard. Unfortunately, Turkish intransigence was revealed on April 25, 2021 when the Secretary-General convened the conference of the leaders of the two communities and the three guarantor powers, the proposal for a two-state solution was tabled. An analogous solution was not and cannot be accepted. The efforts are to mobilize beyond the United Nations and the European Union. We are a member country of the EU. This is one of the motivations of our Turkish Cypriot compatriots who are suffering from the occupation to realize that the rules of operation of the EU, the rules of supervision that they impose so that each member state takes into account the human rights of its citizens, it gives them the greatest guarantee. And for their human rights and for their prevention. This is the effort that I will make until the last day of my presence in the presidential office to ensure that there is mobility. Mobility on the part of Europe in cooperation with the UN, in order, finally, to bend the Turkish intransigence, this revisionist policy of Mr. Erdogan, who, unfortunately, and everyone must be aware, does not only threaten Cyprus. He threatens Greece, intervenes in Libya, intervenes in Syria, intervenes in Iraq, intervenes in Armenia. We must understand that unfortunately there is a neighboring country which does not respect international law, it interprets it as they see fit. This is what we want to prevent, this is what we want to differentiate, this is what we are dealing with. The words are not easy, and neither are those who may legitimately criticize from safety. 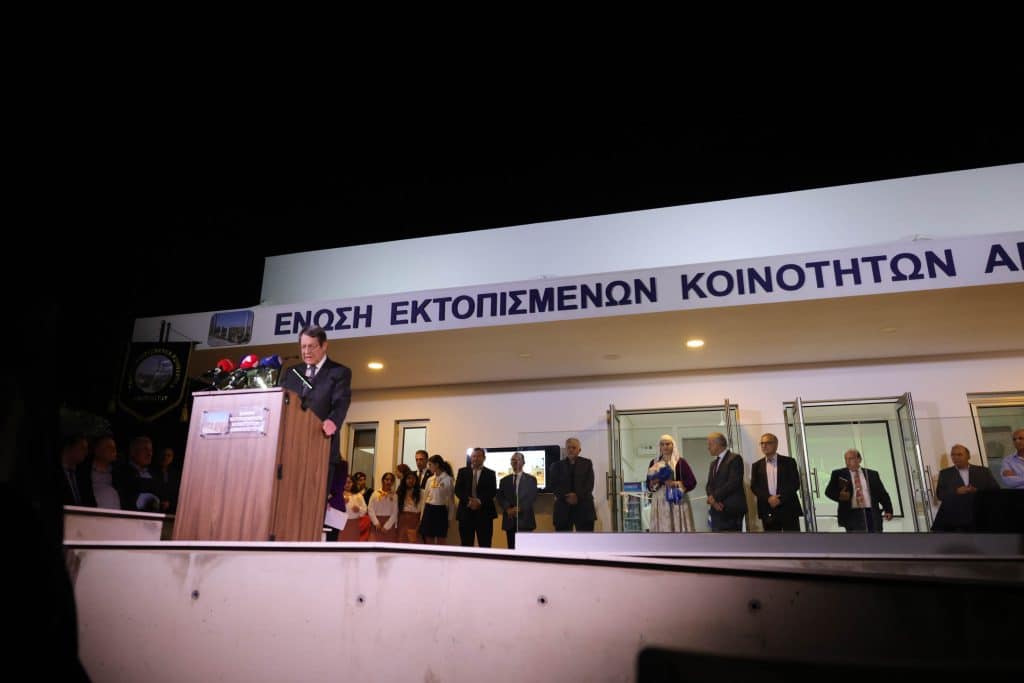 In the direction of mobilizing the EU on the 11th of the month I have a meeting with the French President Mr. Emmanuel Macron, while on the 23rd of the month with the Chancellor of Germany Mr. Olaf Scholz, with a proposal: In addition to confidence-building measures that could to create a more positive climate and restore trust, to finally take an initiative on the part of the EU in cooperation with the UN, in cooperation with those who can influence Turkey, to finally re-enter the path of international law, if it wishes at some point to implement the former European orientations. 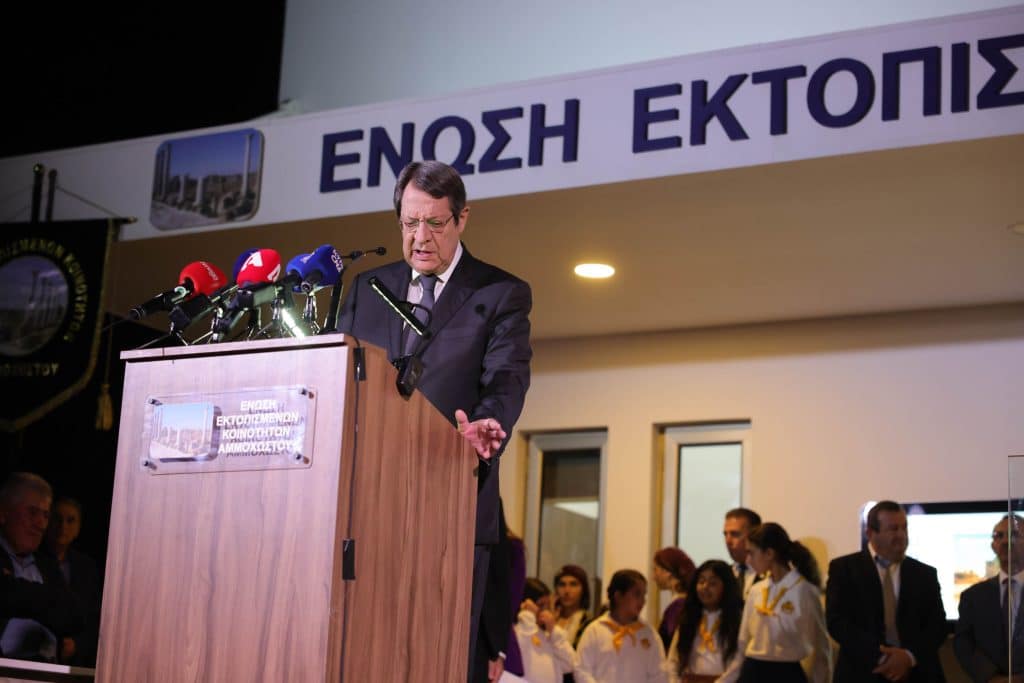 I want to wish, before either my term or my presence on earth is over, to see that there is a progress, that there is a hope. And we must not lose hope, we must not forget. And it is this work that I praise, that really both the Mayors of the occupied cities, the community leaders of our occupied territories, the refugee organizations are trying in every way to keep. Keep hope unquenched and be sure that justice prevails and will prevail.” 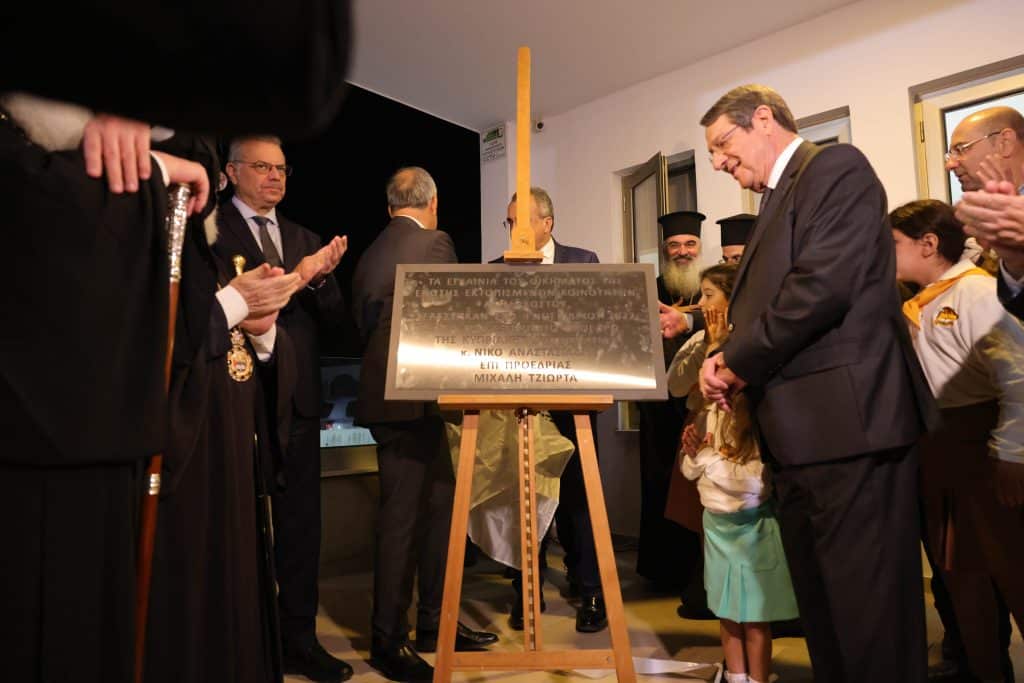