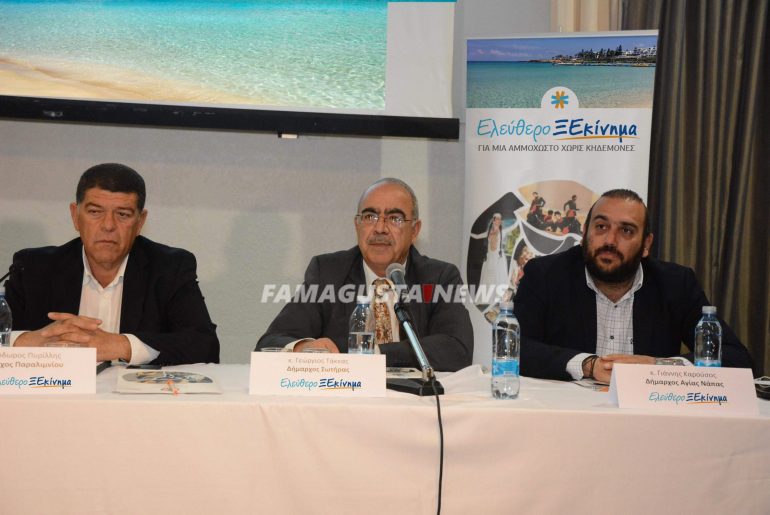 The announcement came as a thunderbolt as less than two months remain until the next European elections. Nevertheless, according to political analysts, it is an expected move by the Mayors of Famagusta province, who in this way prove their readiness to raise their voice based on what the officials of the Famagusta province have been complaining about for a while.

In fact, during last night's press conference, the name of the new political movement was presented, which is none other than the "Free Initiative", which demonstrates their intention to get rid, as they mentioned, of the shackles from which the province of Famagusta ”.

The slogan of the new political movement "For a Famagusta without guardians" which also shows that the center of gravity of the new independent movement is the expression of the demands of the people of free Famagusta.

Nevertheless, the other three names that will frame the ballot of "Free Start" remain a mystery, without excluding the coexistence of Andros Karagiannis and some of the community leaders in the area. Michailas, Trisokkas, Vassilas, Kaunas and Hatzigiorkas seem to be willing to go along with the three mayors, which makes the task of selection even more difficult.

The date of a large popular rally and the announcement of the statute will be announced soon, since the intention of the Mayor of Paralimni, according to valid information of Famagusta.News, is to strengthen the movement until the next Presidential elections.

As for the political identity of the new movement, it seems that it will not be determined by ideologies but by the defense of the interests of the province of Famagusta. However, according to reliable information, the recent voluntary departure of Theodoros Pyrillis from the ranks of the Democratic Alarm, proves that the intention to create the new movement had been formed for a long time and is being implemented at the moment.