PARALIMNI: The story of the quadriplegic little Angela - A real 8-year-old fighter (VIDEO)

Call for help. Little Angela's parents, according to the girl's father, have not received any benefits from the State since the day the children were born and from the day the child was diagnosed with quadriplegia. 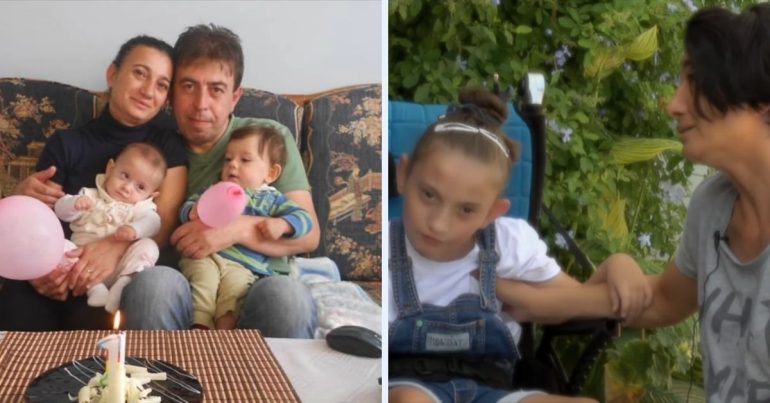 From the day of little Angela's birth

Angela's story begins when her mother was forced to give birth to twin brothers prematurely because one of the two babies was not fed properly. The two children were born at 27 weeks while one child weighed only one kilo while little Angela weighed only 600 grams.

Angela, 8 years old today, is a child who goes crazy for walks but also for school. According to the little girl's mother, Angela wakes up at 4 in the morning every day and waits impatiently for the bus. In fact, if the driver is late, the child begins to wonder where he is and when he will receive it.

Angela's mother remembers the first diagnosis of the child where after many examinations they discovered that the child suffers from cerebral quadriplegia. One of the biggest problems faced by the parents of the two children is that in all this struggle they are alone having support for each other. Working and caring for children without any help.

The difficulties faced by a couple facing a quadriplegic child are many, but as little Angela's father told journalist Theodora Kyriakou, “I know that my wife and I must be very strong to be able to help babies. . ”

Both parents have been working all these years so that their two children do not miss anything. Nevertheless, a family with a quadriplegic child has no room for complacency as the child's needs come first. According to the father of little Angela, the child needs physiotherapy which comes to further burden the financial hardship caused by the general living conditions, such as rent, electricity, etc.