FIRST: The hotelier who hosts Ukrainian refugees away from the horrors of war

When the war broke out, Tatiana opened her doors to refugees from Ukraine whom she still welcomes, providing them with shelter and security. 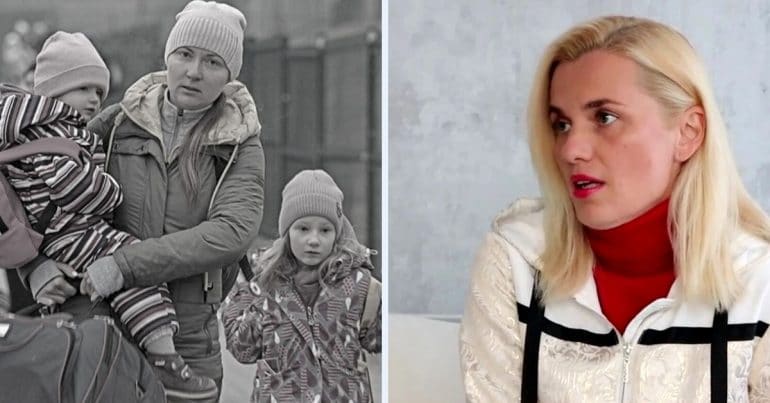 Tatiana is from Kyiv and has been living in Cyprus for three years, where she maintains her hotel "At Herbal", in Protaras. When the war broke out, Tatiana opened her doors to refugees from Ukraine whom she still welcomes, providing them with shelter and security.

Tatiana spoke to FamagustaNews camera about her move to welcome Ukrainian refugees to her hotel, about the war, about her refugee parents but also about her feelings.

The most horrible feeling

"The most horrible feeling is to turn on your TV and realize that there was a war in your country," Tatiana said. "A country where your parents, your relatives, your friends, your acquaintances are, is bombed every two hours and children and civilians die."

According to what Tatiana told FamagustaNews, "All these months all our thoughts and energy were there with the people of Ukraine. Everyone expected that the situation would calm down in a few days and that a solution would have been found. "It is now clear to everyone that the situation between the two countries is tense and that people need to move."

The reception of Ukrainian refugees

Tatiana's first feelings may have been fear for the lives of her loved ones, horror and grief, but she did not sit idly by.

Tatiana felt it was her duty to help the Ukrainians who wanted to move and find a safe place to stay. The hotel "At Herbal" in Protaras, opened its doors.

"Everyone supported me in this effort to help, but I do not feel proud of it because I feel that I have to do it, I am here, people need help and I give it to them. We do our job in the best possible way, we deliver food and good conditions for our customers and from there we earn money. "But when the situation is dangerous and people live without shelter and food, it is something different that we have to manage."

The first refugees arrive and "Herbal" welcomes them.

Support, access to hotel facilities, food. Even with their documents many times.

"We provide our guests with special rooms with all electrical facilities so that they can be served on their own. "It was impossible to find staff to open our hotel normally to the refugees, so we equipped the rooms with everything they needed."

Those who arrived in Cyprus and in this hotel, were informed by word of mouth, there is no other way to know. Only messages and daily communication.

The friction with the refugees

Daily friction with people uprooted from their place is not easy. Every day there is something that will impress you. Every day is a day of impression, says Tatiana while she remembers when her parents described the hospitality of a family with their two-year-old son. The two-year-old boy heard the sound of a cracker whistle and fell to the floor and began to cry. He now believed that when something is noisy it is dangerous, Tatiana explained to us.

Among the refugees hosted by Tatiana… and her parents. Her parents traveled for six days until they arrived in Cyprus. Traffic is prohibited at night and so this was something that delayed their arrival considerably.

"It was not easy for them to come to Cyprus. On the streets of Ukraine there are soldiers checking documents and cars. "Traffic on the roads is stalled and they waited six days to move from Romania and then to Cyprus."

"They could not take many things with them. You necessarily get the most necessary, albums and souvenirs. "They had to take the animals and food with them to ensure their health, because when you have a pet, you are also responsible for it."

The future of Ukrainian refugees

As for the future of Ukrainians in Cyprus, Tatiana seemed optimistic because Cyprus, as she says, has several different nationalities that make up the staff of many hotels, Bulgarians, Greeks, Romanians, Poles, Estonians. In this way, the Ukrainians will be able to integrate and slowly start building…

"Ukrainians are a very responsible and hard-working people. "Ukrainians are willing to work in the best possible way and it will be a great advantage for their employers."

Regarding the sanctions imposed by Europe on the Russians, Tatiana stressed that "they can not compensate the people who lost their homes and their lives. My parents left my house, not knowing what to do with them, or how to move. They did not even know what to do with our animals and the first thing I wanted to take with them was our photo albums because they are a big part of our lives. This war stole people's lives. They are not just houses, they are part of our society, our friends, our neighbors and our lives. "It's unfair to say that some economic sanctions can be compared to what the people of Ukraine are living through."

In closing, Tatiana thanked the Cypriots who constantly support them either with money, or with wishes or with emotional support, which does not happen in other countries. Also the wish of Tatiana and many Ukrainians… the return.