PROTARAS: The Neolithic Settlement "Nissia" unknown to many (VIDEO+PICTURES) 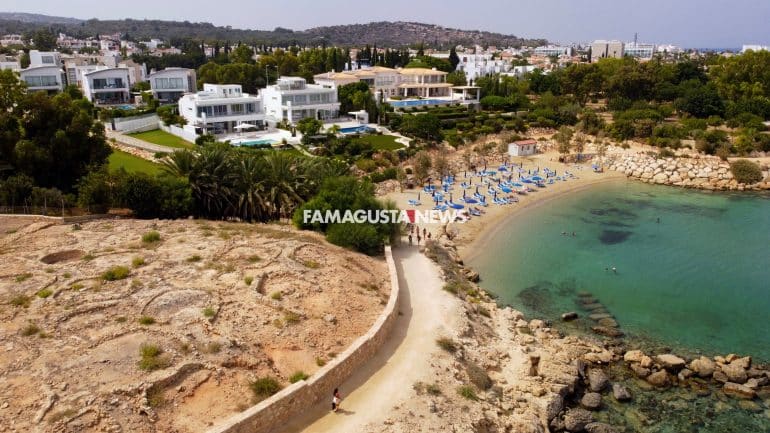 In his heart First of all and specifically between the beaches Bras and Lombardy, there is a Neolithic Settlement unknown to many. It's about him Neolithic Settlement "Nissia" which is located in the area of ​​the same name, which is rich in land and sea archaeological finds, since, among other things, the famous port of Scrapbook.

The settlement extends on the top of a hill very close to the sea, while the so-called Lombardi river flows to the northwest. The choice of the location of the settlement is not random, on the one hand due to the existence of a river in the area and on the other hand due to the seaside location that offered the possibility of fishing. According to the findings of the excavations, deer hunting was important in the area, which was also the main source of meat for the inhabitants of the settlement.

The archaeological site of the settlement of Nissi covers an area of ​​3250 sq.m., of which 2750 sq.m. have been excavated by the Department of Antiquities. During the excavations, forty dwellings, a protective wall in the shape of a horseshoe that had two gates with the central one on the south side, as well as a significant number of mobile finds, such as vessels, tools, etc., have been uncovered. The houses that have been found have a quadrilateral shape, with rounded corners. All the houses are built at a level from 7 to 10 meters above sea level.

The inhabitants built their houses according to the materials available in the area, such as stones, clay, wood, branches, bricks. In the upper part of the houses, they used lighter materials, such as clay, wood, bricks, in contrast to the lower part, which used more durable materials, such as stones. In the center of the houses was a thick wooden stake to support the roof. A unique new element in all of Neolithic Cyprus is the discovery for the first time in the dwellings of pebble floors.

A horseshoe-shaped wall stretches across the settlement, inside which are located 27 of the 40 houses. The protective wall is an example of the permanent settlement of the population in the area as well as the collective effort for social organization.

The specific settlement yielded many important movable finds, such as vases, stone figurines, knives and blades, mortars, necklaces made of picrolith and deer bones, etc. The findings in question represent the tools and, in general, the objects used by the inhabitants of the settlement in their daily lives, as well as their occupations, such as small crafts and pottery, hunting and agriculture.

The excavations at this location have been completed, by the Department of Antiquities, under the direction of the archaeologist Dr. Pavlos Florentzou, in five excavation periods. Although a small part of the site has not been excavated, the findings yielded by said excavations provide us with valuable and unique information about one of the most important periods of Cypriot prehistory.