Ornithologist for Lake Paralimni: "Hunting should be prohibited"

Bird Association: "The reasons for banning hunting in Lake Paralimni are serious and indisputable." 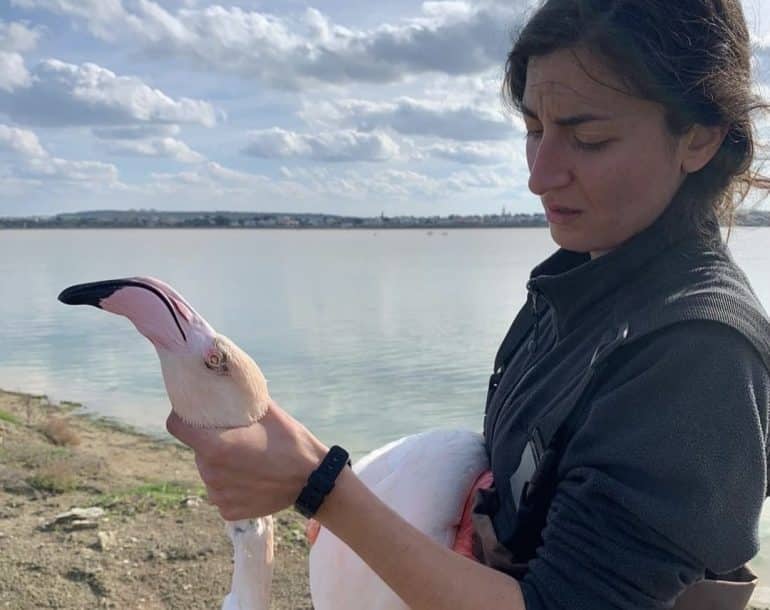 The Cyprus Ornithological Association is calling for a ban on hunting in the area of ​​Lake Paralimni.

In a post, the Ornithological Association appeals to the authorities to ban hunting in the area of ​​Lake Paralimni after finding dead flamingos due to ingestion of lead pellets.

This is the announcement of the Bird Association:

Both BirdLife Cyprus and BirdLife International are not against hunting as long as it is done legally, sustainably and controlled. This means that healthy populations of the species (including prey species) must be ensured and it must be done according to the regulations set by the competent authority. Our approach, however, does not mean that we do not react to problems where they exist or that we automatically agree with everything.

Two years ago, in a written letter, we asked the Minister of the Interior and the Game and Wildlife Service to ban hunting in two very problematic areas, the hunting area at Lake Paralimni and the hunting area next to Lake Soros in Meneu (part of Aliki Larnaca).

Although protected, the two areas are notorious hotspots for the illegal killing of birds, with multiple incidents of illegal killing of migratory birds, particularly bee-eaters, reported in recent years. In addition to poaching, dangerously high levels of lead have also been recorded in the two areas, even though legislation prohibits the use of lead pellet cartridges within 300 meters of wetlands and dams. Lead is highly toxic and dangerous to both us humans and wildlife, especially waterfowl such as flamingos. At the same time, in both wetlands the permitted hunting areas are within walking distance of residential areas, raising public safety issues.

The reasons for banning hunting in Lake Paralimni and next to Lake Soros are serious and indisputable. We call on the relevant authorities to pay due attention to these problem areas and listen to our request immediately.

In case you witness incidents of illegal killing of birds, please report it to the Game and Wildlife Service, and through our website.