Protest in the occupied territories for the problems of Karpasia 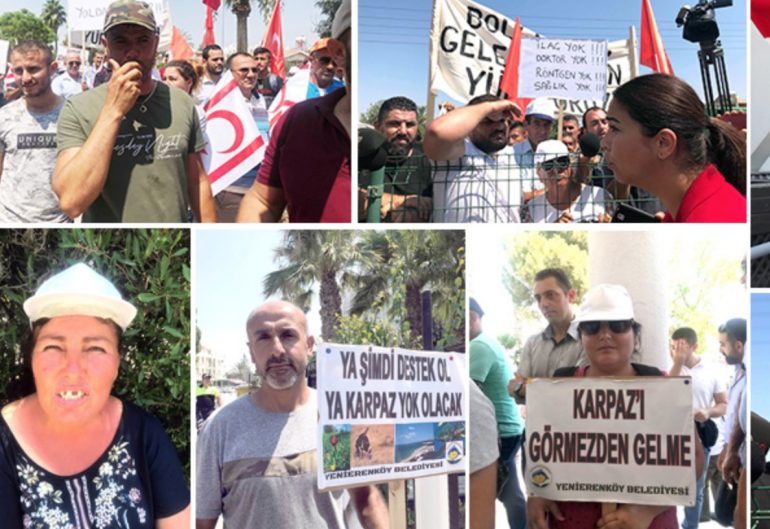 A protest rally was held today in occupied Nicosia, residents of Karpasia, protesting against the needs and problems they face, such as unemployment.

According to reports from the occupied territories, the so-called "mayor" of Gialousa in his speech referred, among other things, to the need to build a hospital in the area, due to the large population that reaches 40 thousand.

The so-called "interior minister" Aisegul Bybars, speaking to the protesters, said that Karpasia is facing the same problems that affect the entire pseudo-state and that there is a need for a new policy.

The so-called "prime minister" Ersin Tatar, in a meeting with a delegation of protesters, explained that the "government" has plans for the development of the region.