Refugee resettlement in occupied and staffing of Rizokarpasos schools, the Refugee Council discussed 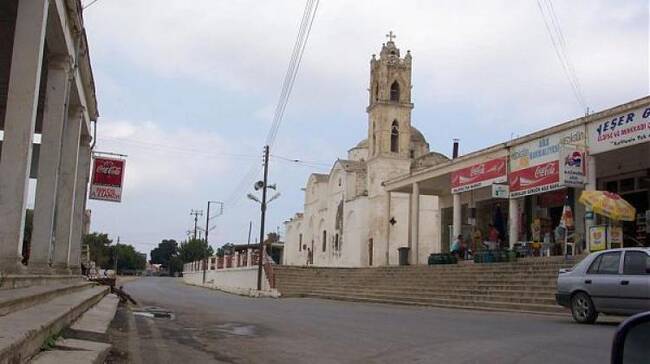 In statements after the session, the Commissioner of the Presidency, Fotis Fotiou, said that he informed the Committee for Refugees of the Parliament that, unfortunately, this year, the occupying authorities have repeated the same tactics "regarding the list of teachers we have sent to teach our schools in Rizokarpaso ”.

"This year we had two cases from the list that have been rejected and another case from the existing teaching staff. I recently visited the schools and I think, in difficult conditions of course, we try to provide quality education to the children there. We now have around 45 children, kindergarten, elementary and high school and in terms of building facilities, equipment, I think we are on a very good way to make some repairs despite the difficult procedures we have to follow ", he added.

Regarding the resettlement plan for young couples in the villages where they live trapped, Mr. Fotiou said that this plan is already in force "and is initially granted to young couples up to 45 years old and has various provisions such as assistance for housing purposes of the family or couple "from 10 to 15 thousand, depending on whether they have children or not, will be given a help of around 2 thousand for the purchase of household appliances and other immediate needs and another one-time help that will be paid to families once they settle there for vocational rehabilitation".

"The goal, of course, of the plan is to attract young couples, especially regarding our villages in Karpasia, because there you realize there is a school and we want to strengthen this school. We want it to remain strong, to function properly and safely, it presupposes that we must have students. There are some applications that have already been submitted these days. We expect more and everyone wishes that as many of our compatriots ask for resettlement ", he added.

"Of course there are problems. When there is occupation, there are problems and these problems we sometimes try to solve, away from the limelight because you realize by discussing them we can create more problems in our cages. That is why problems, which require immediate involvement of the services, are happening, as we had with the appointment of the nurse, because it was an institution that we want and operates successfully in Karpasia, and we now want it to start in the Maronite villages as well ", he added.

Mr. Fotiou sent the message that "through a complete planning that we have, we support our trapped, we support the new couples".

"We want them to stay in their villages and above all we want our schools to function and continue to function properly, because you understand that a historical school like the one in Rizokarpasos must function effectively and especially in terms of education more "taking into account all the restrictions we have," he said.

Answering a relevant question, Mr. Fotiou said that in principle, based on the decision of the Council of Ministers on the plan, applications made some time ago, the application process will be required, but time will count.

"So, these applications will be reviewed on the basis of the new plan to give incentives. So far we have applications pending, around 100 and you realize that most of them are due to distance in the Maronite villages. "We recently had the interest of a specific family with six children, who when they go there will be children of the same age who must be in school", he noted.

Asked if there is a control mechanism for the provision of benefits, Mr. Fotiou said that this concerns the second plan that has been approved and it is precisely ways of controlling whether these benefits are given where they should be and some conditions that must be met are met. correctly.

President of the Refugee Committee

The Speaker of the Parliamentary Committee on Refugees, Skevi Koutra Koukouma, said in a statement that they discussed the various problems that exist again and referred to the long delay in examining applications for reinstatement.

"A family of resettlers must stay for at least a year and then the examination of their application can begin. Unfortunately, there is a long delay in examining applications. In some cases they can be up to a year. "So, in total, one has to stay for almost 2 years in order to be able to benefit from any support and any rights that the resettled have", he added.

He also said that there are about 150 pending applications, of which 20 are applications for the area of ​​Rizokarpasos and Agia Triada.

"We will insist and see how the procedures will be simplified because they may claim that someone who applied can now come and repeat it, but you realize that the people who live in the occupied areas are not easy, which is mainly a lot. to return to the free areas and proceed with new applications and new procedures ", he added.

Ms. Koukouma also said that the issue of the inmates' allowance, which is currently € 371, was brought before the Commission and that this amount has been set since 2007.

"We believe that this plan of the allowance should have already been re-evaluated and modified and certainly increased," he said.

Regarding the various housing plans for both the relocated and the trapped, Ms. Koukouma said that for those currently trapped, some sponsorships have been granted, but there is a need to support families who have decided to relocate.

"As the plans are today, one can hardly use them, but we believe that there is a great need to maintain the houses where the trapped people have died and that if they are not used, if they are not maintained so that the children of the trapped can visit them, there is great danger to settlers and others to inhabit them. From the agreement that was made when Talat was in the "rule" of the occupiers, so that no one else could enter the houses of the caged people who died, we managed to have the houses there, but you realize without any maintenance at some point they will be considered to be demolished and will demolish them. "So some support is needed, not for the children of the trapped holiday homes, but because there are national reasons to keep these homes," he added.

During today's meeting, said Ms. Koukouma also referred to the need to grant a corresponding refugee sponsorship, according to the plans that have been working lately so that the trapped or reinstalled can build a house and be able to solve their housing problem.

"There was also a reference to the role of community leaders where while there are active communities with residents, their benefits and rights are limited, while on the other hand they have specific responsibilities, to give certificates, to check whether they are resettled or trapped in their villages. "So this competence and this responsibility that they have should be evaluated differently and should not be considered as just occupied communities and do not need any other kind of support", he added.

He added that they welcomed the fact that there is now a nurse, "but we have been asking for a long time that a social worker should be appointed".

"Most of them are elderly people who are there but also other families who need a social worker to be able to guide and support their daily problems," he noted.

Ms. Koukouma also said they have called for training and employment programs for inmates and not just children, as they operate in free zones, to enable inmates and families to have some support.

"We also discussed the issue of compensation awarded by the Court of Human Rights in Turkey. The compensation of 60m, and we have been informed that the process of establishing a mechanism for distributing this amount to the trapped is completed ", he added

DISY MP Kyriakos Hatzigiannis, in statements, said that he wants to welcome the fact that the state has submitted a new housing plan, "which expects that the basic individual right of the trapped as well as resettled will try to address it or let's solve ".

"The Greek element must definitely remain in Rizokarpaso, in Agia Triada. But this cannot be achieved by programs alone, which do not have a measurable effect on the ability of trapped and backward individuals to compete, compete and survive on their own. "The state did not deprive them of all this right to have support through the allowances, however the number of our trapped people is declining, people are returning for resettlement, but tomorrow's perspective is lacking, there is a lack of security that their presence will be ensured in the future."