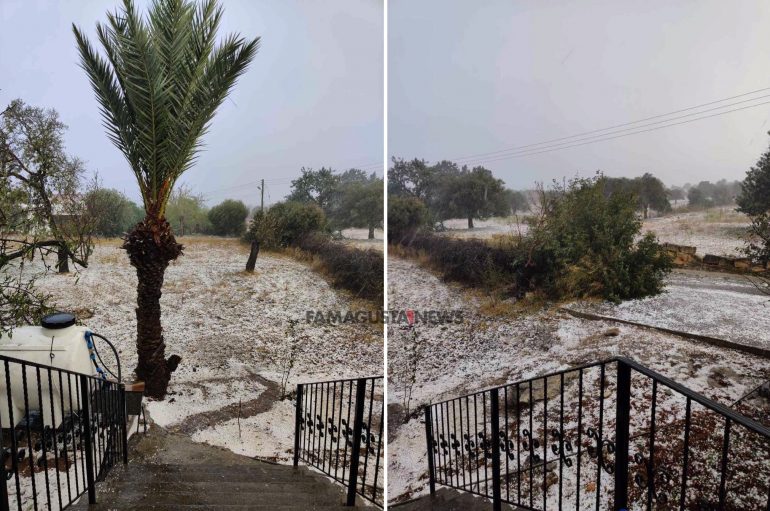 The occupied Holy Trinity in Karpasia has been turned into a white landscape. According to pictures sent to readers by Famagusta.News, the area is currently experiencing heavy hail, at the same time that summer seems to be prevalent in the free province. 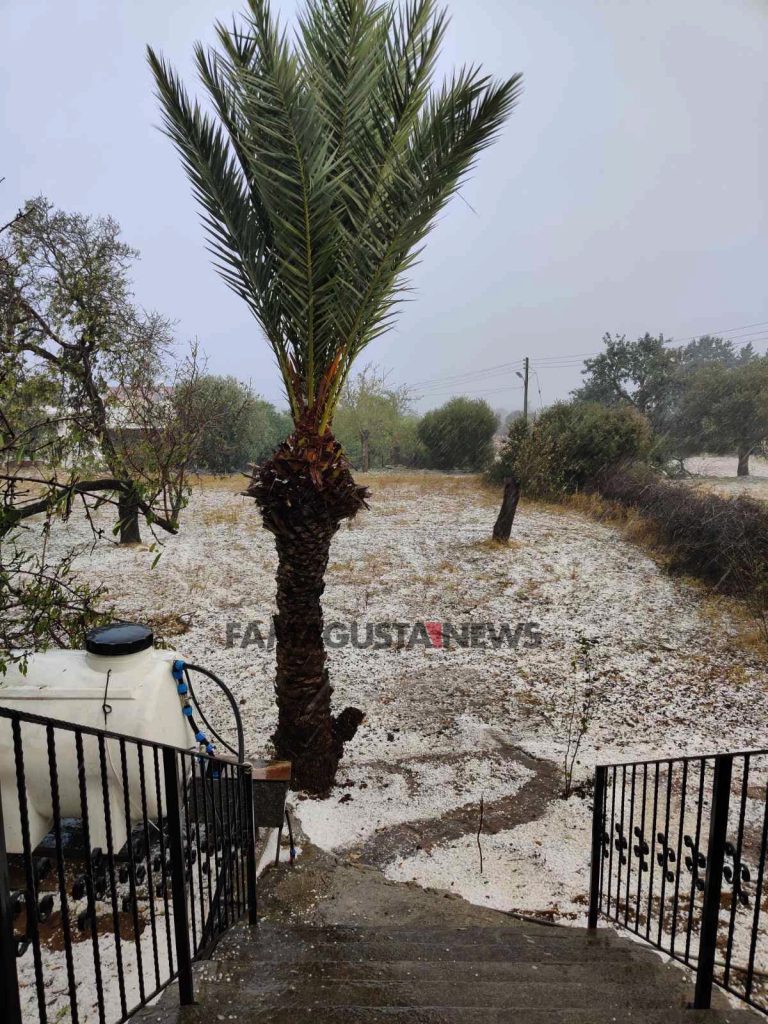 The forecast of the Meteorological Service:

Today the weather will initially be mostly clear, but clouds that will develop from noon onwards are expected to give local rains and isolated thunderstorms. The winds will be mainly northeasterly to southeasterly, weak to moderate, 3 to 4 Beaufort. The sea will be a little turbulent. The temperature will rise to around 27 degrees inland and on the coast and around 17 degrees in the higher mountains. 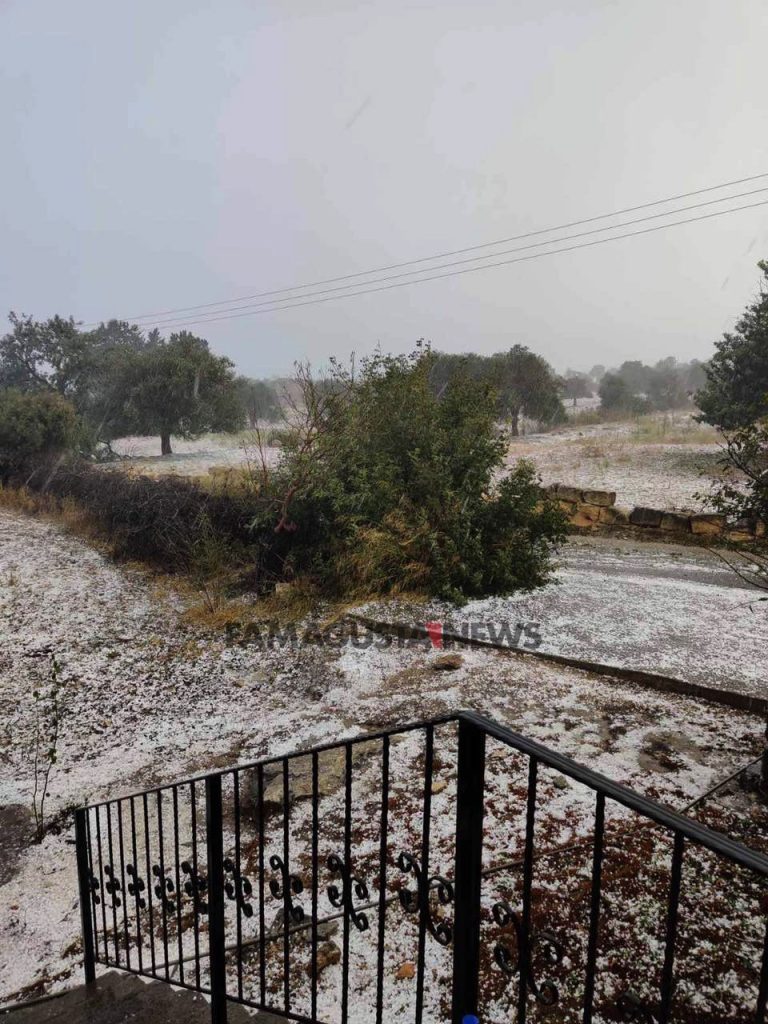 Tonight the weather will be partly cloudy, with the possibility of isolated rains, without ruling out the possibility of a storm, mainly on the coast. Winds will be northwesterly to northeasterly, weak 3 Beaufort. The sea will soon become calm to a little turbulent. The temperature will drop to around 14 degrees inland, to 16 on the coast and around 8 degrees in the higher mountains.

On Monday, the weather will be partly cloudy, with local rains and isolated thunderstorms, mainly from noon onwards. The temperature will drop slightly to generally close to average climatic values.

On Tuesday and Wednesday clouds that will be observed, are expected to give isolated rains or even thunderstorms, mainly in the mountains and inland, from noon onwards. The temperature will gradually rise slightly, generally close to the average climatic values.