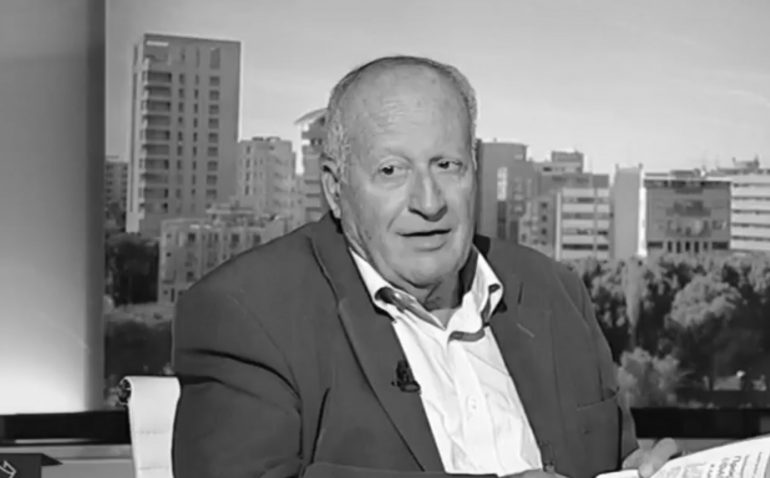 The fighter of EOKA 1955-59, the emblematic figure of Karpasia and friend of Anorthosis Nikos Falas, passed away.

Anorthosis Famagusta and the Democratic Alarm issued a condolence message for the death of Nikos Falas.

The announcement of Anorthosis Famagusta:

"Anorthosis Famagusta expresses its deep sorrow and sincere condolences to the family and relatives of Nikos Falas.

Nikos Falas was a fan and member of Anorthosis, a fighter of EOKA 1955 - 1959 and Chairman of the Coordinating Committee of Karpasia. He was a vicious form of enslaved Karpasia, for which he constantly fought, claiming the rights of the captives.

His funeral will take place on Friday at the Church of the Apostle Andrew in Platy Aglantzias at 16:00

His memory is eternal, let the soil that will cover him be light ".

The announcement of the Democratic Alarm:

"The Democratic Alarm expresses its sincere condolences for the death of Nikos Falas.

A man who identified with the history of both the Democratic Alarm and Cyprus has passed away today. Nikos Falas was a fighter of EOKA in the period 1955-59, while later he co-founded with the founder of the Democratic Alarm Glafkos Clerides as a founding member and executive of the party. Since then, its course has been consistently identified with the course of the Democratic Alarm, always on the ramparts and in the front line, and in all the events that marked the country's recent history. At the same time, actively working with the public, he set a course as Chairman of the Coordinating Committee of Karpasia, while he will remain in the collective memory of Cyprus and as a pioneer of culture and national issues of the country, remaining a fighter until the end.

The Democratic Alarm mourns the loss of Nikos Falas and expresses its deep and sincere condolences to his family and relatives. "