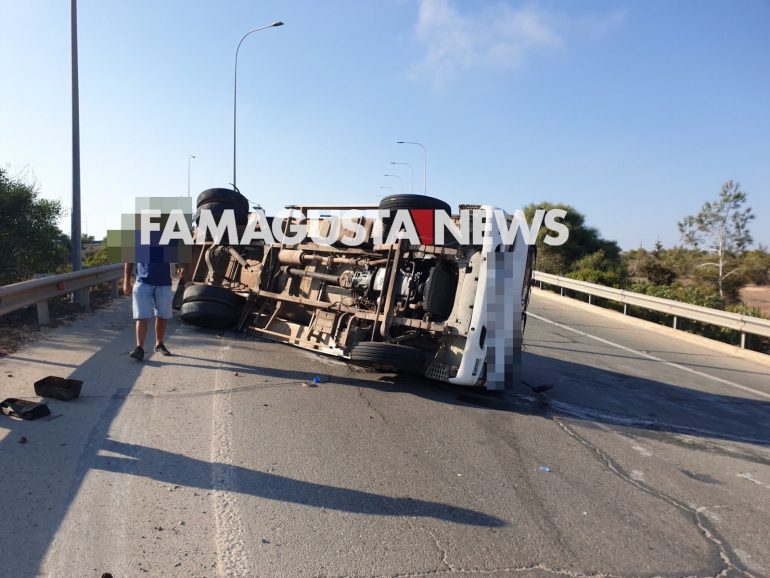 A traffic accident involving three vehicles occurred recently in the area of ​​Agia Thekla in Sotira. 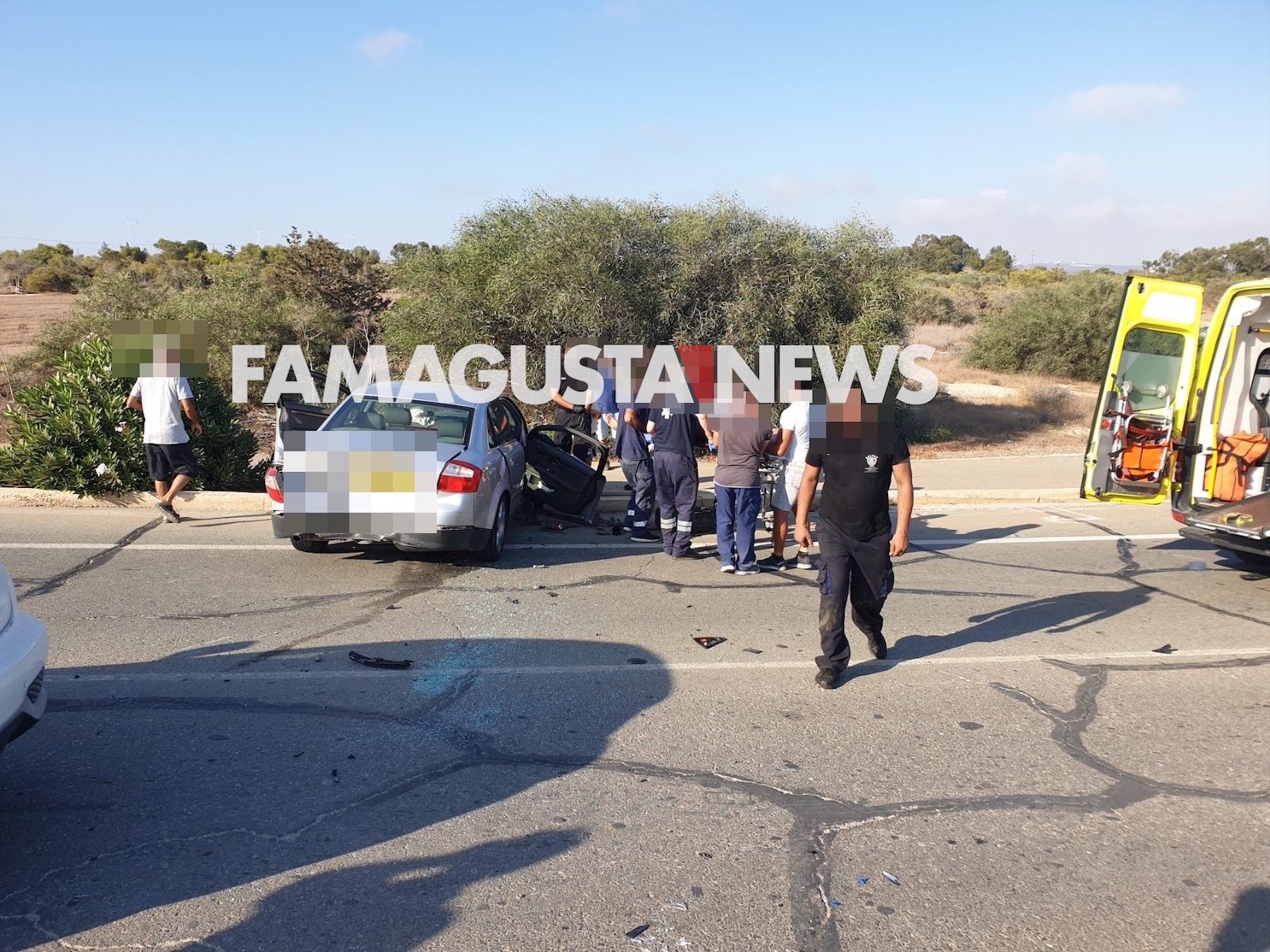 According to the first information, a driver of a car saloon, which was moving in the direction from Sotira to Agia Thekla, lost control and entered the opposite lane, resulting in a collision with a tanker, and then it overturned, while the first vehicle also collided. in another saloon car following the tanker. 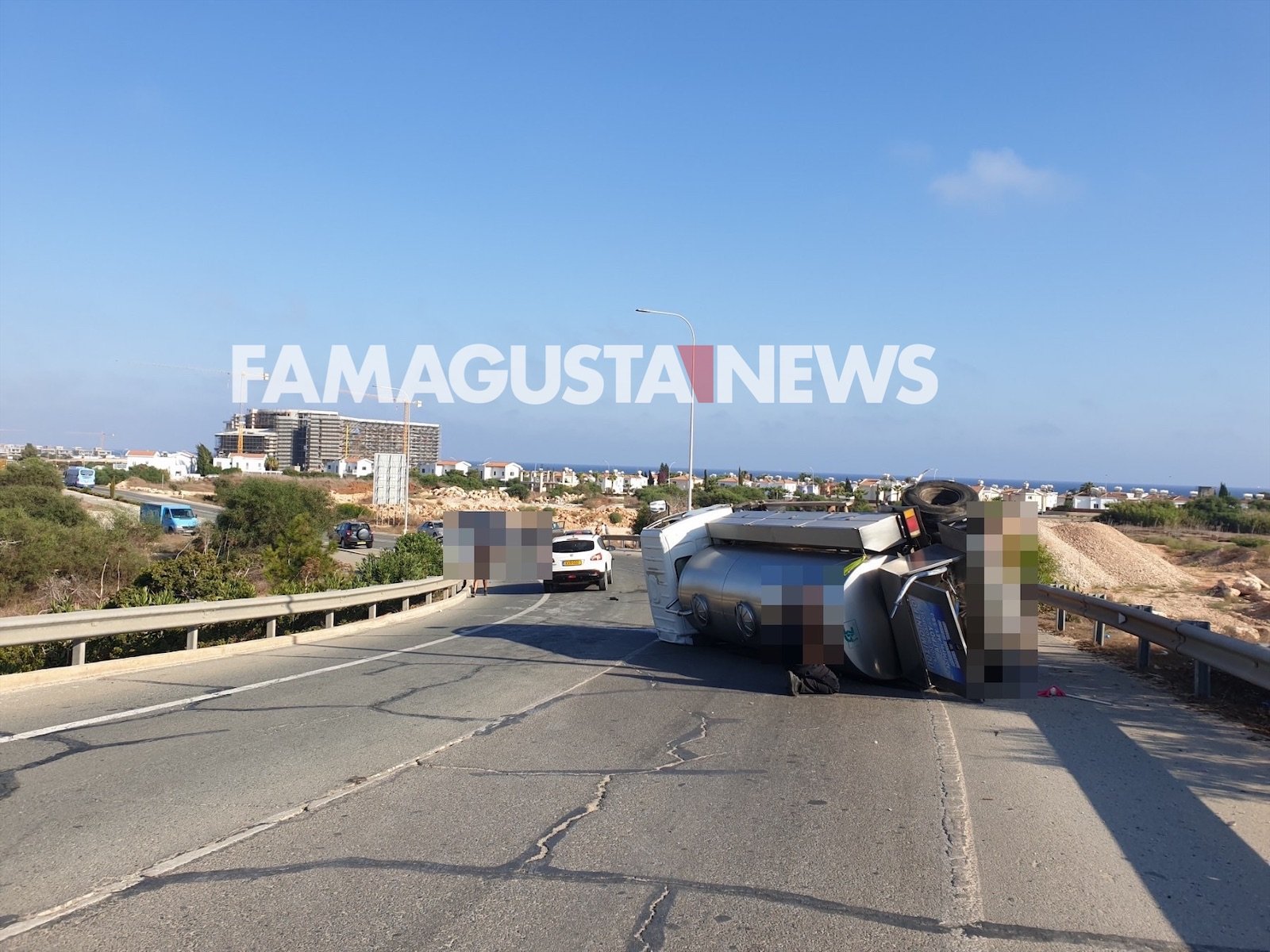 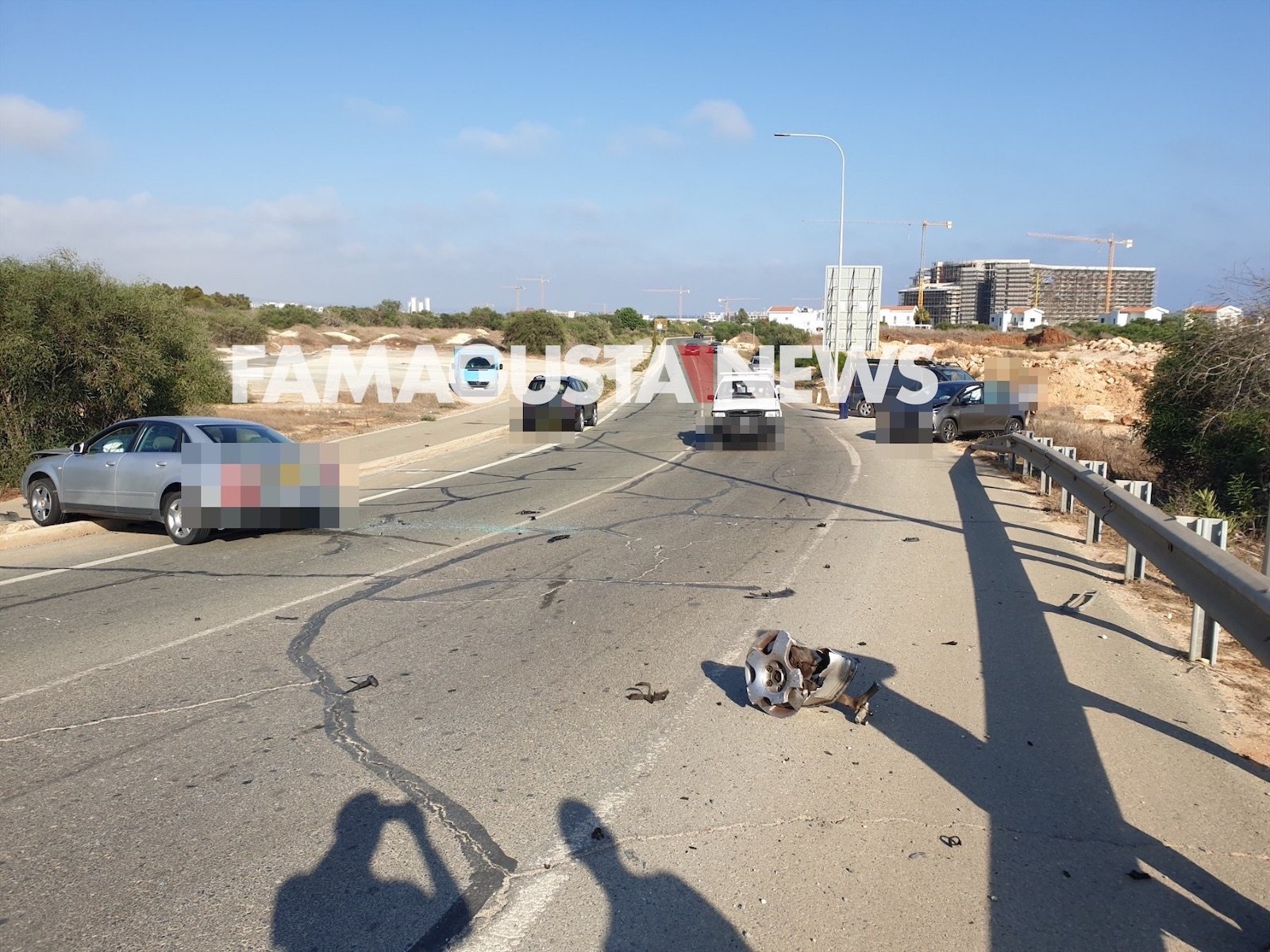 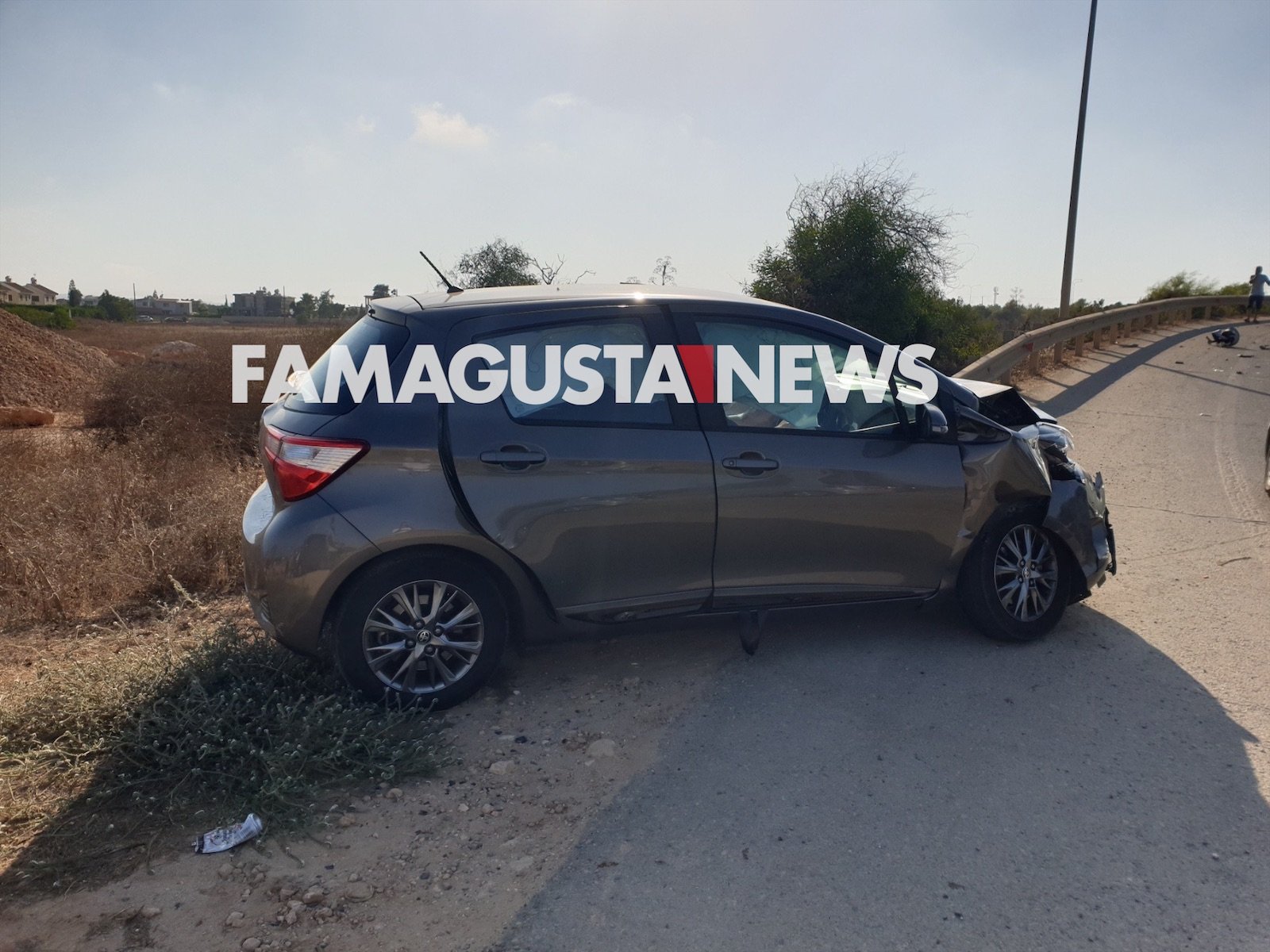