Iakovos Koumi: 40 years since the cowardly murder of a student by Sotira

He was beaten cowardly by the security forces during an event in Athens for the Polytechnic without any involvement. He passed away on November 23, 1980. 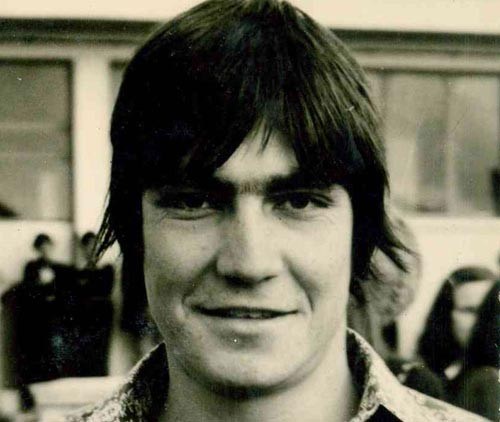 This year marks 40 years since the death of Iakovos Koumis and today from the day of his serious injury by security forces in Athens that resulted in his death.

Iakovos Ioannou Koumi was born in Sotira, Famagusta, on October 17, 1956. A graduate of the Famagusta Technical School of the Department of Technical Assistant Mechanical Engineers, after completing his military service, he works at the Larnaca refinery in Larnaca, near G.

Before he turned 18, he lived through the Turkish invasion. He is active in the "Cyprus Self-Determination Committee" and participates in the creation of the bookstore "Ochtovriana" and since 1978 he has been active in the publishing team "Ergasia".

In 1980 he married Maria Kaikki and they settled in Athens. He enrolls in the Political Department of the University of Athens. On the seventh anniversary of the Polytechnic uprising, a few months after his arrival in Athens, Koumis, accompanied by friends, participates in the march. He does not belong to any group. He separates with his friends at the height of the Propylaea and while the episodes have started in Syntagma Square. The march beyond the Parliament has been banned.

While the majority of the EFEE decides to end the march in Parliament, the radical minority decides to continue it to the American embassy. The situation escalated and clashes between protesters and security forces escalated. 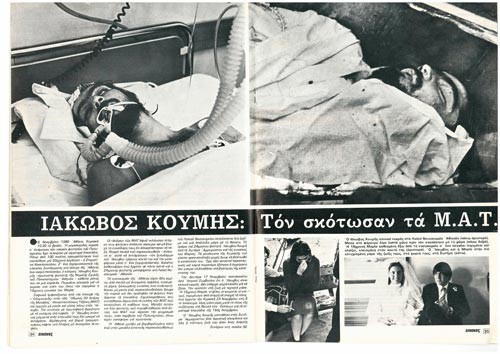 Koumis, having no involvement in the incidents, was beaten by security forces while sitting, according to eyewitnesses, in a pastry chair in Syntagma Square.

He was taken to the People's Hospital clinically dead. He expired a week later, on November 23.

Twenty-year-old Stamatina Kanellopoulou was killed on the same day (Sunday, November 16). At the same time, in the clashes, among others, members of the Democratic Movement of Cypriot Students "Agonas" who participated in the march were injured. 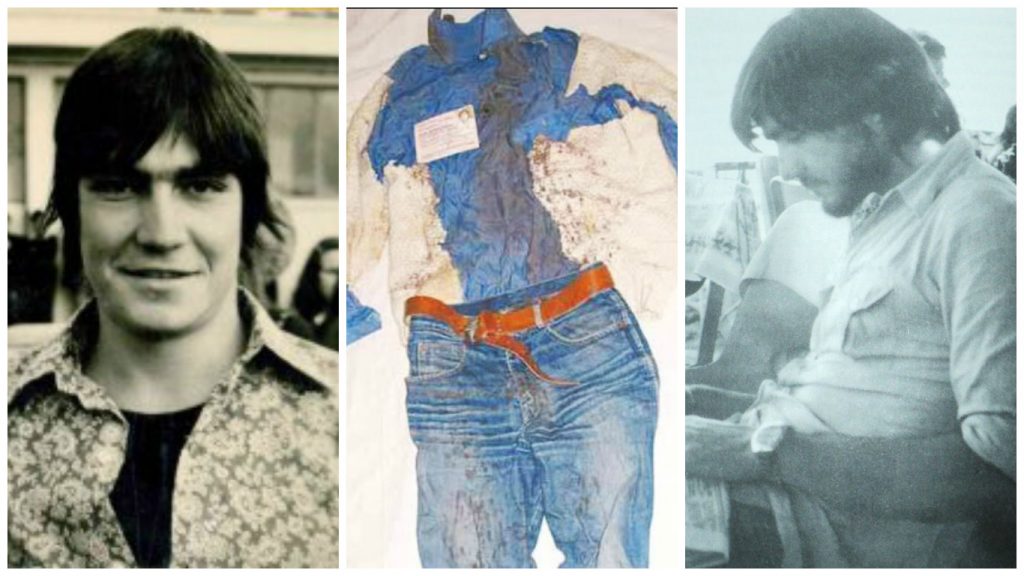 The funeral of Iakovos Koumis took place in Sotira, Famagusta, on November 27. The Greek and Cypriot governments as well as the ruling party DI.KO are absent from the funeral.

In relation to the Cyprus issue, despite his short life, Iakovos Koumis submitted, in writing, his thoughts on the nature and handling of the Cyprus issue. These remarks on the Cyprus issue constitute the commentary on the draft text entitled "Cyprus: From self-determination-union to internationalization, bifurcation", edited by Loukas Axelos, Dimos Vergis (Manolis Angelidis) and Pavlos Hatzipavlou, a text which was part of issue of the Notebooks, in the Fall of 1980. 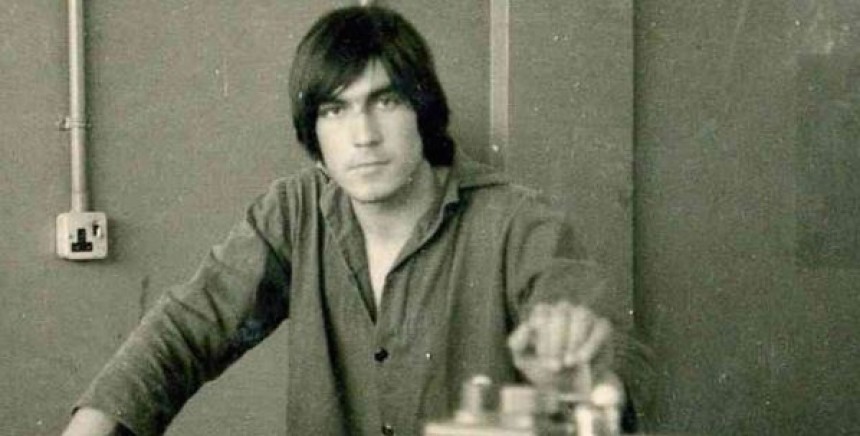 Regarding the priorities of the Greeks of Cyprus, Koumis points out: "Their vitality and action focused more on the path to economic and operational reconstruction rather than the political struggle to return to their homes. I believe this is the essence of immigration in Cyprus. It is not so much the lack of resettlement prospects that led to a significant part of the migration but a) the encouragement from the government, which did not want to have an army of unemployed in this critical situation and b) the high earnings that no one had if worked in Arab countries. All this, together with the conscience that the Greek Cypriot worker acquired from 1960 onwards, that is, "make a job of your own so that you are not exploited", have contributed to the fact that the Greek Cypriot today has practically forgotten his home in the North. He is not struggling to go back, he is struggling to save! ».[1]

Regarding the character of the Cyprus problem as a matter of national self-determination, he states: "Or the Cypriot government and we would do well to say that the Cypriot state had the task of submitting the flag of the national liberation struggle. This was her main task, which was assigned to her by Zurich… ".[2]

Also, "Is it possible for the state that was imposed to secure in a deep grave once and for all the demand for self-determination-union to consciously play such a role?"[3]

Again, "The Cyprus problem, from a problem of national liberation that was in 1950, became a problem of difference between Greeks and Turks."[4] 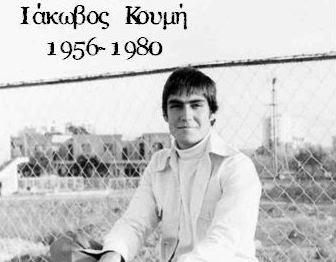 Iakovos Koumis was characterized by many as a union Marxist, outside party formations, emphasizing the need to unite the Greek and Cypriot labor movement against foreign dependence and at the same time supporter of the union of the whole of Cyprus with metropolitan Greece.

The tragedy of his death, of course, is not that a "Marxist" or a "unionist" has disappeared, but a young man who had just gotten married and started his studies a few weeks before the end.

However, taking into account the positions and sensitivities of Koumi, the loss becomes even more tragic because he was not given the opportunity to fight.

He was killed in his beloved Greece, not sacrificed for it, but by brotherly hands. He was not as "lucky" as Christodoulos Sozos, the incumbent mayor of Limassol, who fell in Bizani on December 6, 1912, as did Michael Stivaros from Pedoulas in the same location.

Not as "lucky" as Ioannis Karatzas, from Nicosia, who was killed next to Rigas Feraios. He was not as "lucky" as Kyriakos Christodoulou, from Ergates, Nikolaos G. Maouris, from Karavas, Konstantinos N. Koilaniotis - Michailidis, from Koilani and Ioannis Kellakiotis (or Karamallis), from Kellaki, all sacrificed in the Battle of Kilkis-Lahana (19-21 June 1913) for mother Greece. A few years later, in 1940-1941, Vassilios Mavrantonis from Nicosia, Andreas Drousiotis from Limassol, the students of the Medical School Barnavas Serifis and Loukis Liasidis from Famagusta, the brothers Rio Limassol.

With the Cyprus issue for another time in a critical phase, not only the current Cypriot leadership is judged but at the same time, perhaps more, the Greek one. How does Athens evaluate Turkish policy and how does it approach its relations with Nicosia? Is the Cypriot alien issue for Athens as Lori Keza wrote a few years ago?[5]

Is a simple geostrategic approach to the issue with a cost-benefit analysis enough, or is there something deeper? Perhaps, some hundreds of thousands of Greeks, who, despite the plethora of conquerors over the centuries, continue to live in their place and speak the Greek language. Is Athens' involvement in the legal obligation of the guarantor power exhausted? Does a possible change in the issue of guarantees or even their abolition allow Athens to adopt the attitude of a third, impartial observer? Is Athens approaching the Republic of Cyprus, formally, as another independent state or as a home for compatriot Greeks? What is the Cyprus issue for Athens? The answer to this question determines the attitude of the Greek state and all Greeks. Athens' indecision, as seen in the reception of the Annan plan a few years ago, to answer, clearly, which question is directly related to the obligations and costs that this answer entails. If, as Koumis argued, the Cyprus issue is a matter of national self-determination of compatriot Greeks, then the attitude of the Greek government must be radically different from what it would do if it had to do with a, conventionally defined, ally country with which unite, simply, international treaties. It is these obligations, which this particular perspective (the Cypriot as a matter of national self-determination of Greeks) creates that Athens is afraid to undertake. The refusal to defend the national interest fatally alters this very notion of the national interest.

Koumis warns:
"Your blue figure with tyrants…
I look for a drop of freedom in your steps
and you denied me for your interests "

What is in Greece's interest is obvious. The will to claim it is lacking.