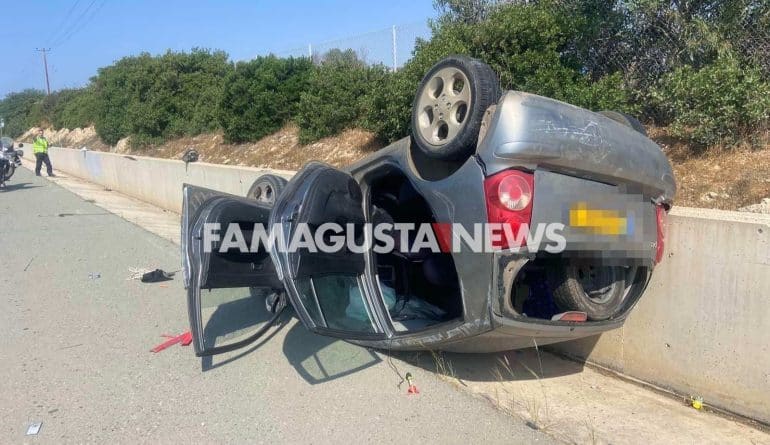 A car accident occurred on Friday morning, on the Ayia Napa-Rizoelia highway, despite the exit of Sotira.

According to the Police, under conditions that are being investigated, a vehicle overturned and ended up on the side of the road.

The driver, according to the Police, is not said to have been seriously injured.

Members of the Police rushed to the spot to investigate the traffic conditions.

According to the information of Famagusta.News, it seems that the vehicle collided with another vehicle that made a sharp maneuver, as a result of which the driver lost control and overturned, while the other vehicle seems to have left the scene.