SOTIRA: The 15-year-old motorcyclist is in critical condition in Nicosia ICU - He underwent surgery 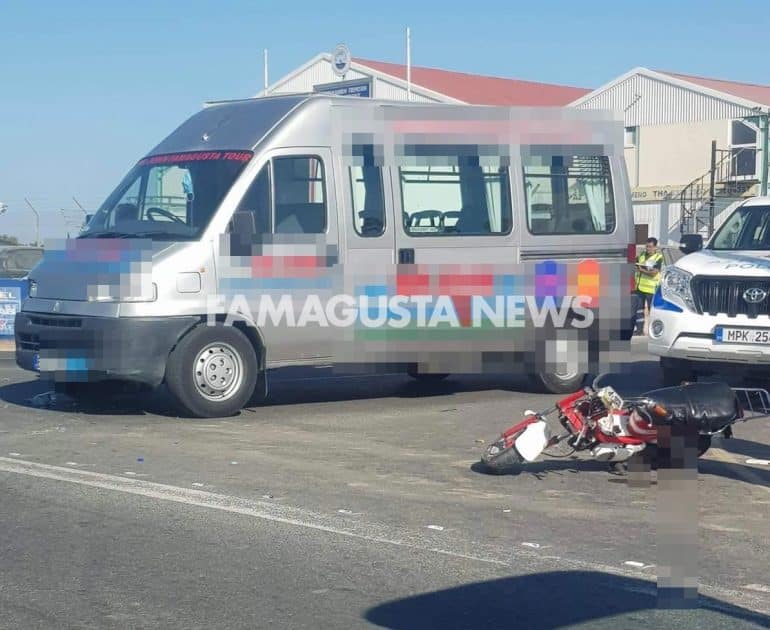 The 15-year-old from Sotira who was injured on Saturday afternoon when the small displacement moped he was riding was stopped by a drunk driver on the Sotira-Liopetriou road is being treated in a critical condition in the Intensive Care Unit of the Nicosia General Hospital.

The 15-year-old, according to the Police, after being transferred to the General Abattoir of Nicosia, underwent surgery and was then transferred to the Intensive Care Unit, where he is being intubated, with his condition described by the doctors on duty as critical.

The very serious traffic accident, as was evident from the Police examinations so far, occurred at noon on Saturday, when a 48-year-old man from Bulgaria, who lives permanently in Paralimni, was driving a small truck on the Sotira-Liopetriou road in the direction of Sotira.

At some point, the 48-year-old tried to turn right, according to his course, to enter the Sotiras Industrial area, as a result of which he stopped the course of a 15-year-old, who was riding his moped from the opposite direction towards Liopetri, and they collided.

While listening, the 15-year-old also collided with a second vehicle, which was on an alt, which leads to the industrial area.

The 48-year-old driver of the small truck was tested with a breathalyzer reading of 106 mg instead of 22 mg and was arrested by the Police.

From the examinations of the Authorities, it became clear that the 15-year-old was not wearing a protective helmet.