"Two little kids were crying and looking for their friend and someone decided to shoot him. Shame on you!" 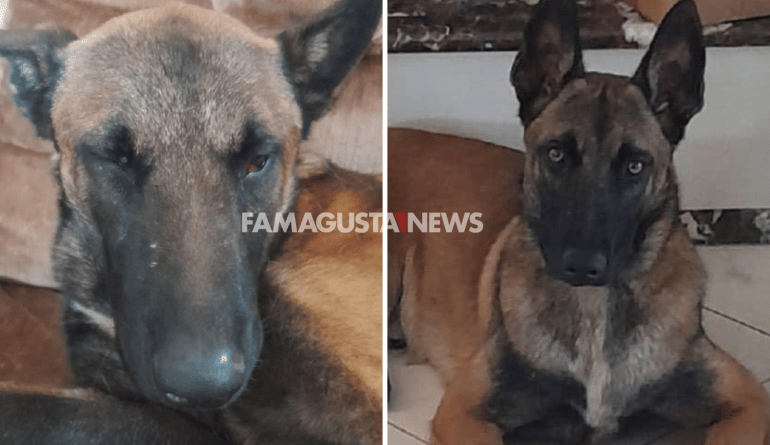 Shocking and horrifying are the images that the owner of a dog in Sotira Famagusta saw when she found him after desperate efforts, but he was found shot in one eye by unknown people who decided to try to take his life.

According to her post full of anger and despair on social media, she mentions that about a week ago, she lost her dog, a Malinois breed in the pergolas area in Sotira. They searched for it by posting on social media and asking locals if they had seen it. As she reports, the dog managed to return, but despite everything it was shot in one eye, because some unscrupulous and brainless people, as she also reports, decided to shoot it.

"I asked Maria to make this post on my behalf because I don't have a fb account. Last Wednesday we lost our dog in the pergolas area in Sotira (some will say as if you were laughing at him understandably). Various posts were published, we asked if anyone knew anything to help us, we searched desperately, where they told us that they might have seen someone who looks like him, it took hours to find our dog, who is not called a stray for any reason, and besides, two children at home crying and wanting a FRIEND them.. the FRIEND who SOME decided that for the rest of his life he will walk with one eye because SOME I don't know how much their life was endangered by a dog that was scared and lost its orientation to be shot. The dog that managed to return yesterday on its own to the place where it was lost and filled us with joy had the image of the photo you see. How he left and how he came back. Well done guys, whoever did it, you guys can say it and brag about it.
From the owner of the dog.!
Same on you!" 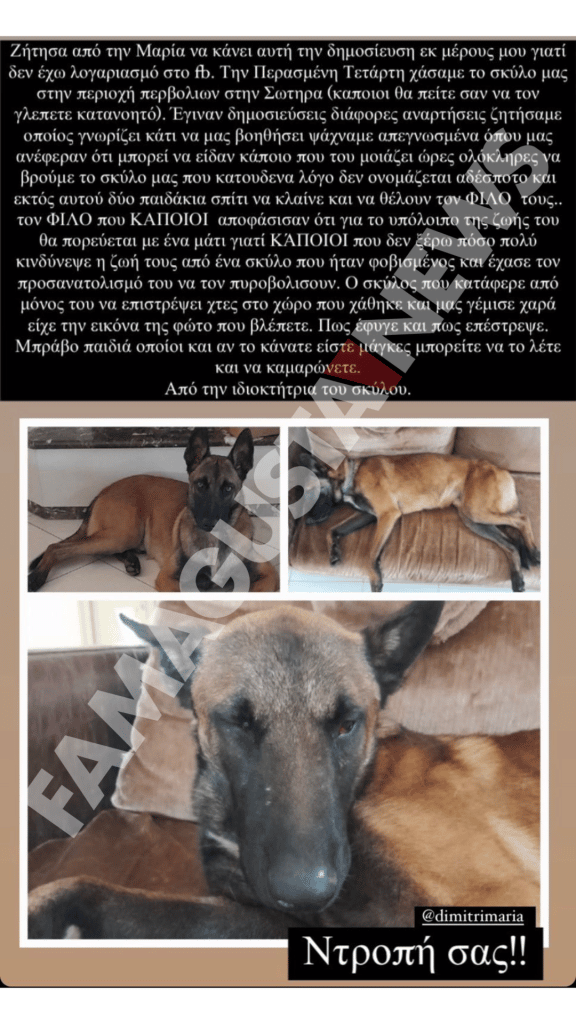