St. Georgios Acheritou / Vrysoules: Complaints of Ecologists about the horrible death of a dog (PICTURES)

"Images of shame from the death of a dog in the province of Famagusta" complains the Movement of Ecologists - Citizens' Cooperation - Old and abandoned shelter says the community, which has a modern animal shelter since 2016 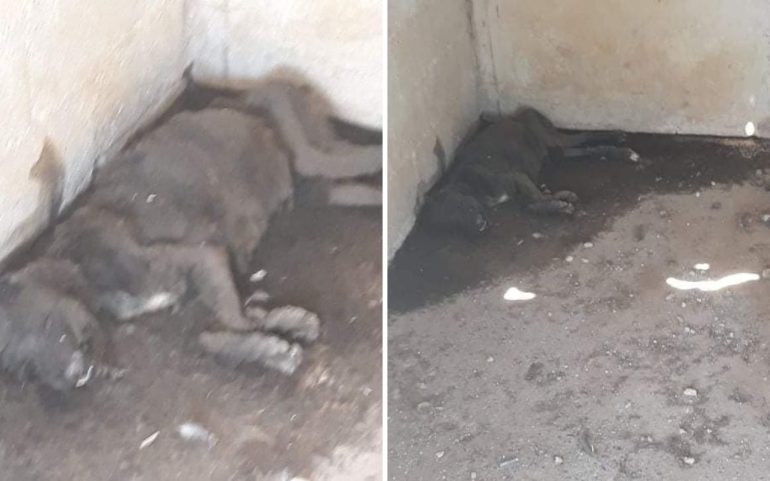 "Disgusting photos circulating in recent days on social media, showing the death of a dog that found a horrible end after being left helpless and forgotten without food and water in dog detention centers at a community council in the province of Famagusta," he complains. of the Ecologists 'Movement - Citizens' Cooperation.

"The area does not function as a shelter," the community said

Speaking to Famagusta.News, the Mayor of Agios Georgios Acheritos-Vrysoullos said that the existing site where the dead animal was found does not function as a shelter from the Community, but is an abandoned shelter that has been closed for several years. The community, he said, has another shelter which has been operating since 2016 and complies with all measures and legislation. Therefore, it will be investigated how the animal ended up in the cage of the abandoned shelter.