The 29-year-old's health condition is showing signs of improvement

The messages coming from Israel are optimistic 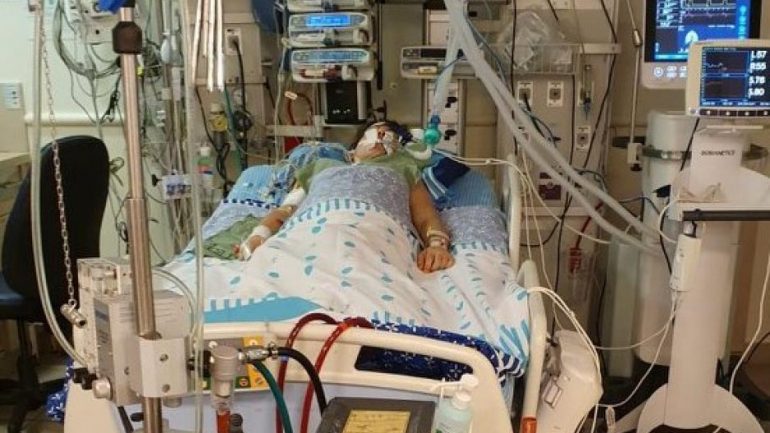 The messages coming from Israel and the health condition of the 29-year-old midwife from Vrysoules, who was rushed to Israel when she had a heart problem after giving birth, are optimistic. Today, the drugs that kept her under pressure for a week have been stopped and she is responding positively, as her husband told AlphaNewsLive.

"Katerina woke up today, she is fine, although under the influence of anesthetics, but she understands everything"

On Monday, he underwent surgery to insert a pump to support his heart. The next step for Katerina will be a heart transplant.

The community of Vrysoula stands by the side of 29-year-old Katerina Giannakoudaki, who is fighting to stay alive and to hold her two children in her arms again, calling for financial support for the family, in the difficult times she is experiencing.

The Community Welfare Council of Agios Georgios Vrysoulon-Acheritou decided to hold a fundraiser from October 11 to November 5, in order to offer financial relief to the family of the young legion.

"The husband is no longer working, he is with Katerina in Israel, her mother has stopped working to take care of the two children and the needs of the family are too many," Vrysoulon-Acheritou mayor Michalis Kaounas told AlphaNewsLive.

"I call and ask the people, who can, as much as they can, to contribute to this effort for financial support of the family."

Mr. Kaunas thanked the state and the Ministry of Health for their immediate actions to send the 29-year-old to Israel, as well as the doctors both in Cyprus and in Israel, who gave her hope.

It is recalled that the 29-year-old was rushed to Israel last Thursday, after she had a heart problem and underwent a quadruple bypass.