XYLOFAGOU: A woman entered a small church allegedly to pray and destroyed icons of the Virgin Mary (PICTURES) 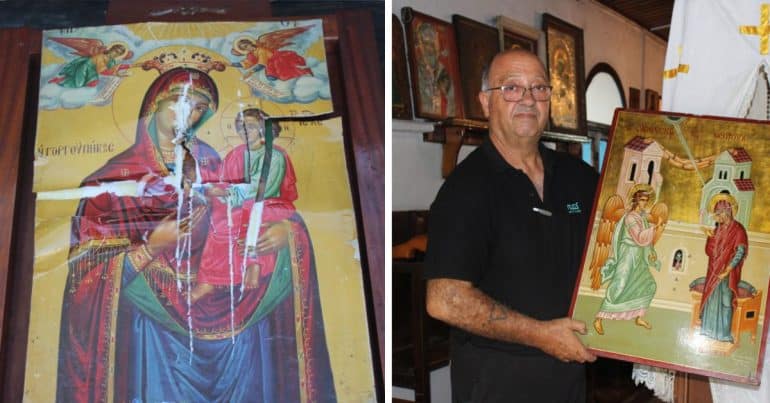 Yesterday afternoon, an unknown woman entered her church Panagia tis Evangelistria in Xylofagos and with an iron crowbar he destroyed the icons of Panagia.

The incident has upset the Xylofago community. The Police have been investigating the case since yesterday while their members visited the temple taking fingerprints that may help to identify the young woman. Information from ant1live states that according to testimony, the person who was found in the small church before the destruction in the images was found was a woman, but unidentified. The woman reportedly entered the church to pray. 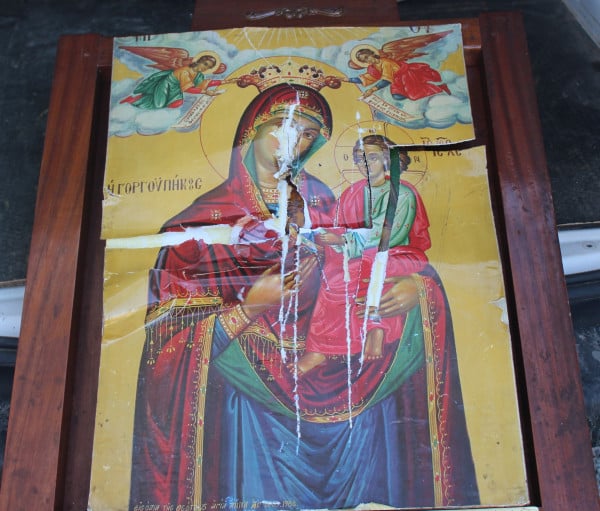 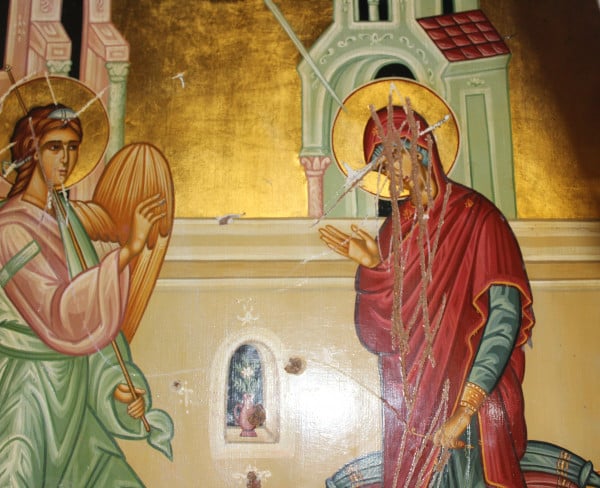 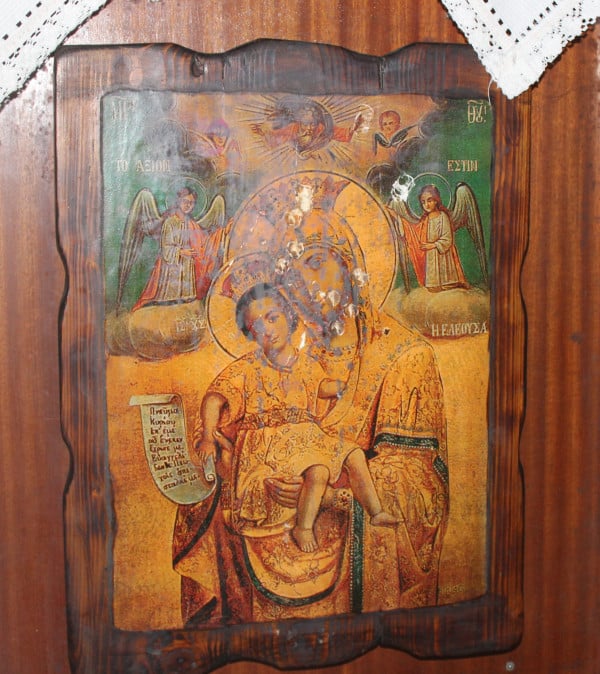 The small church is well known in the province of Famagusta for its miracles, traditions and its age-old olive tree.

The chapel is built with concrete and architecturally it does not present any special feature. But what is of real interest is its history, which is remarkable. 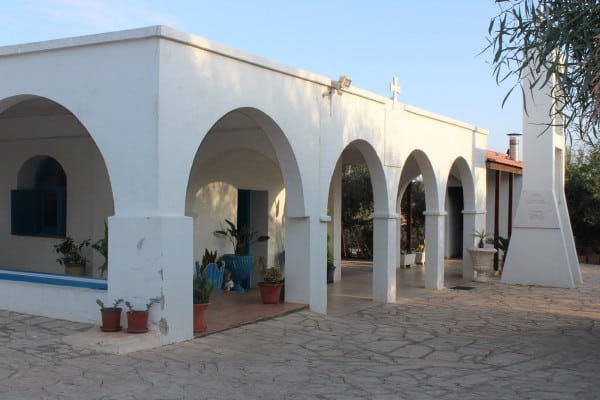 There are two versions...

At the beginning of the 15th century in this location there was a Holy Monastery which was unfortunately raided by pirates and destroyed.The monks were killed by the pirates but fortunately they managed to hide the icon of the Virgin Mary in a secret location, so that the pirates would not find it and desecrate it.The years passed and one blessed day, a shepherd from the village of Xylofagou, received an "order" as if in a vision to dig in a specific spot. The shepherd obeyed and with great difficulty tried to dig on solid and hard rock. Going up to a meter into the rock, his hoe found a gap. At this point he went down and found the icon of the Virgin Mary hidden.With great reverence, the shepherd then built a small chapel which he dedicated to the Virgin Mary, a short distance from where he found the icon.

According to tradition, there was an old monastery built in the 13th century on this site. The monastery numbered twelve monks. The raids of the Mamluk Turks in 1426 brought destruction to the monastery. Of the twelve, five were said to have been saved.But the four disappeared without us knowing what happened to them. Only one was left and in order to escape he took the Gospel and the icon of Megalochari and hid opposite the chapel in a cave called the cave of Panagia.After the passage of about 200 years, the chapel was built by two brothers, Hadzias and Vlachos.There is a tradition about the chapel: In 1876 Hatzias had a dream that in the area there was an icon of the Virgin Mary buried in the ground. At daybreak he took laborers and began digging. When they went deep enough they actually found an image of the Virgin Mary. They tried to take her to the village but it was impossible. The image did not move from its position. They understood that he had to stay there. And the chapel of Panagia was built. The icon that was found was of the Annunciation and that is why the chapel is called Panagia Evangelistria.

The last miracle of the Virgin Mary

In a small room which is located south of the chapel, the face of the Virgin Mary has appeared which is said to depict the Virgin Mary holding a lily in her hands. This miracle happened in 2013 and the residents are talking about a miracle since they have never seen anything like it before.

The wall where the face of the Virgin appeared 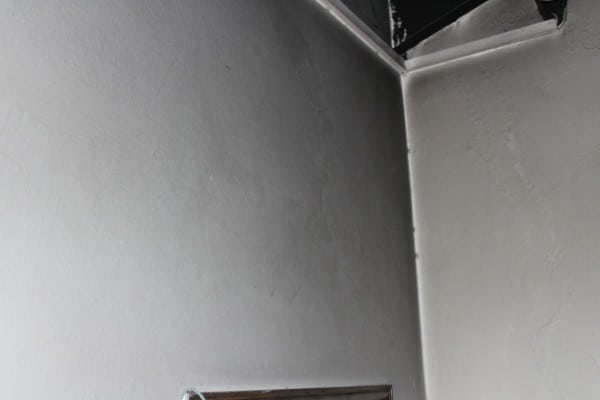