Five Syrians in custody for new arrival of migrants

Another 17 Syrians, all men, entered the Republic illegally on Thursday afternoon 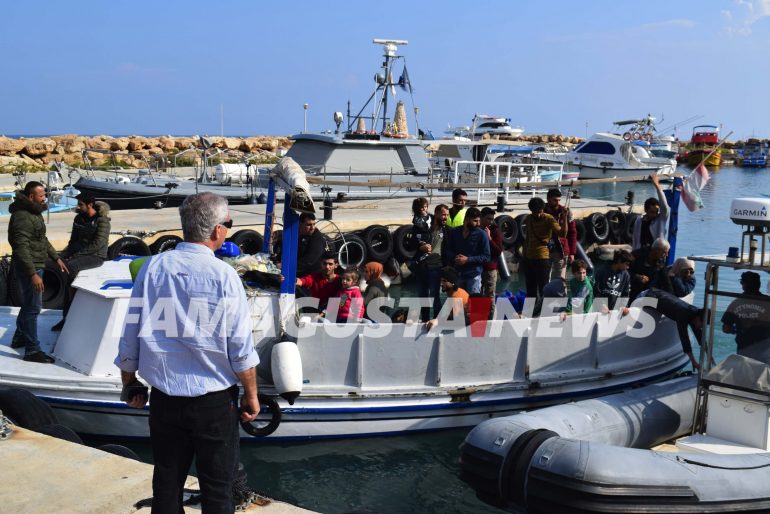 The District Court of Famagusta issued today an eight-day detention order against five persons, aged 53, 51, 46, 50 and 49 years old from Syria, to facilitate the Police's investigations regarding an investigated case concerning, among other things, assisting a third country person for illegal entry in the Republic of Cyprus, assisting a person of a third country with intent and with the aim of obtaining profit, illegal entry into the territory of the Republic and transportation of a person by waterway in an unsafe or overloaded vessel.

According to the statements of Christos Andreou, the Police's press representative, "around 14.15:24 p.m. on Wednesday, August XNUMX, a vessel sailing off Cape Greco was detected by the radar of the Coastal and Maritime Police. Akatos of the Coast Guard approached two hours later a wooden boat in which there were five irregular adult men from Syria.

Mr. Andreou added that "shortly before seven in the afternoon, a second wooden boat was spotted sailing off Cabo Greco, in which, after investigations, it was found that it was carrying 32" male immigrants, of which 7 were minors.

It is noted that shortly after 01.30 in the morning the two boats, due to their bad condition, sank, as a result of which the passengers were collected by the Coastal and Maritime Police and taken safely to the fishing shelter of Paralimni.

The people on the boats reported to the Police that they started in the early hours of Wednesday, August 24 from a beach in Syria.

According to Mr. Andreou, during the Police examinations, testimony emerged against five men, who appear to be involved in the crimes under investigation, while further investigations revealed that one of them is a prohibited immigrant and his entry into the Republic is prohibited, due to his deportation.

The five men were arrested by virtue of a judicial warrant, and today they were brought before the Famagusta District Court, which issued a detention order against them for eight days.

Mr. Andreou also noted that the 17 men from Syria who were on board a boat that was spotted at noon on Thursday, August 25 off Cabo Greco, were transferred in the evening to the Pournara Migrant Temporary Accommodation Center.

The cases are being investigated by the Famagusta TAE.